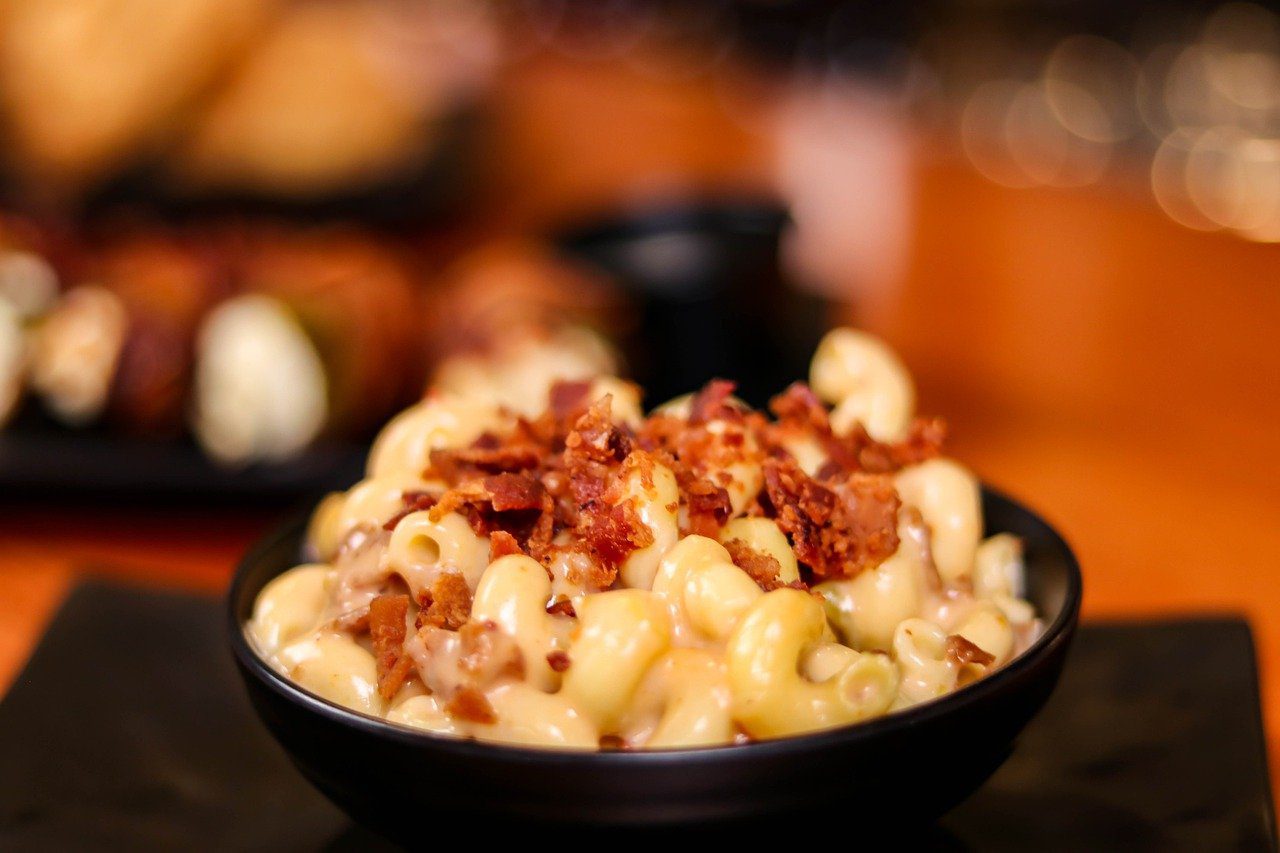 There can be no doubt that its ultimate origins are Italian, as one finds macaroni and cheese recipes from the late thirteenth century in southern Italy. The anonymous Liber de coquina, written in Latin by someone familiar with the Neapolitan court then under the sphere of Charles II of Anjou (1248-1309) has a recipe called de lasanis which we can call the first “macaroni and cheese” recipe. It was a macaroni, in this case, lasagne sheets made from fermented dough and cut into two-inch squares that were cooked in water and tossed with grated cheese, probably Parmesan. The author suggests using powdered spices and layering the sheets of lasagne, just like today, with the cheese if desired.

But the American macaroni and cheese has two main lines of ancestry claimed. In the first, it is thought that macaroni and cheese was a casserole that had its beginnings at a New England church supper. In southeastern Connecticut it was known long ago as macaroni pudding. 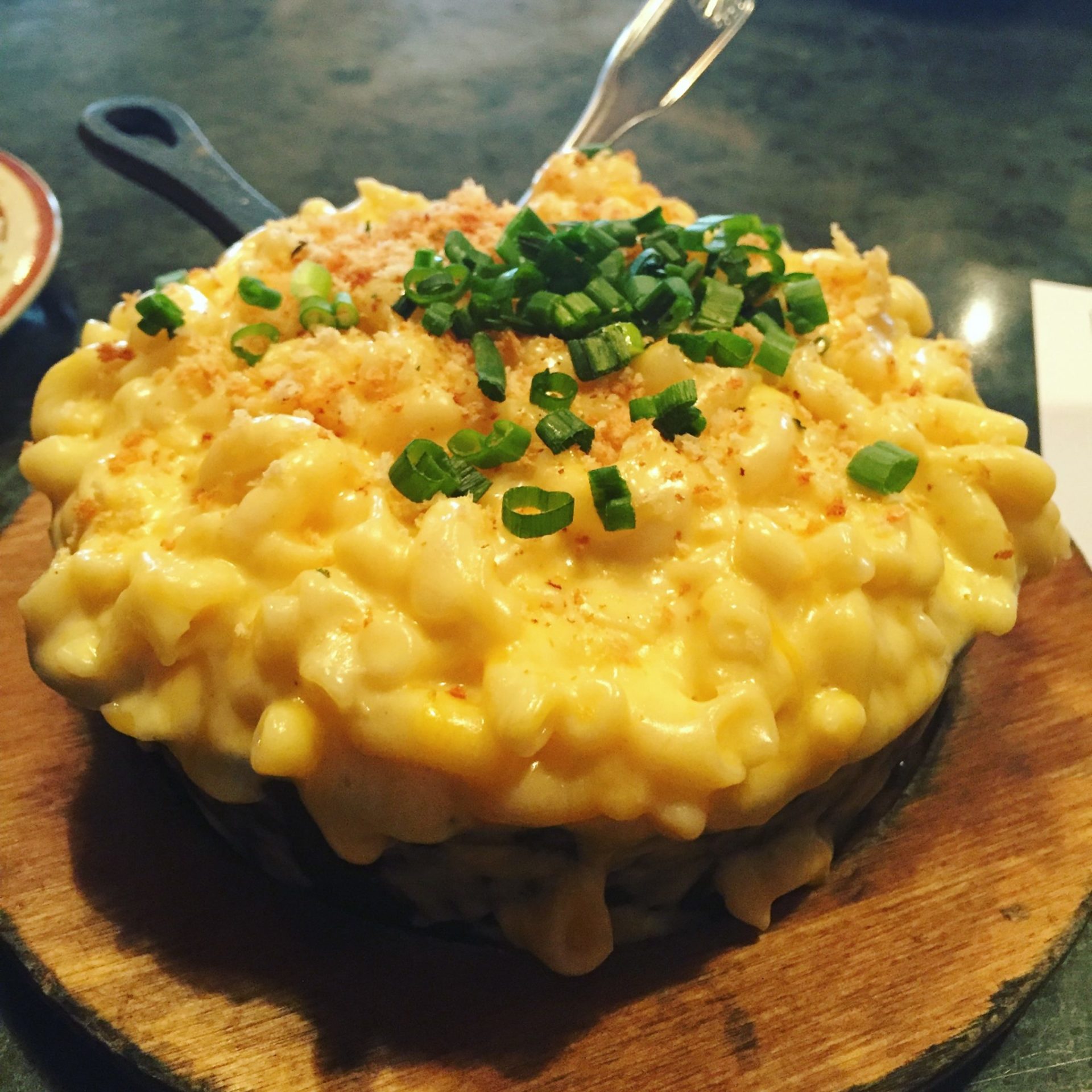 In the second, and more famous story, and more than likely the original story, it is said that the classic American macaroni and cheese returned with Thomas Jefferson to Virginia after his sojourn in Italy. Jefferson had brought back a pasta machine from Italy. His daughter Mary Randolph became the hostess of his house after Jefferson’s wife died and she is credited with inventing the dish using macaroni and Parmesan cheese. Later, the Parmesan was replaced with cheddar cheese. Anyway, that’s one story. It is more likely that Jefferson encountered the dish in Italy and brought back the recipe.

In the 1960s and 1970s, as more and more women left the kitchens and entered the workforce, mac n cheese was a popular dinner option because it was so easy and quick to make. Even older children could prepare the dish in the mother’s absence. 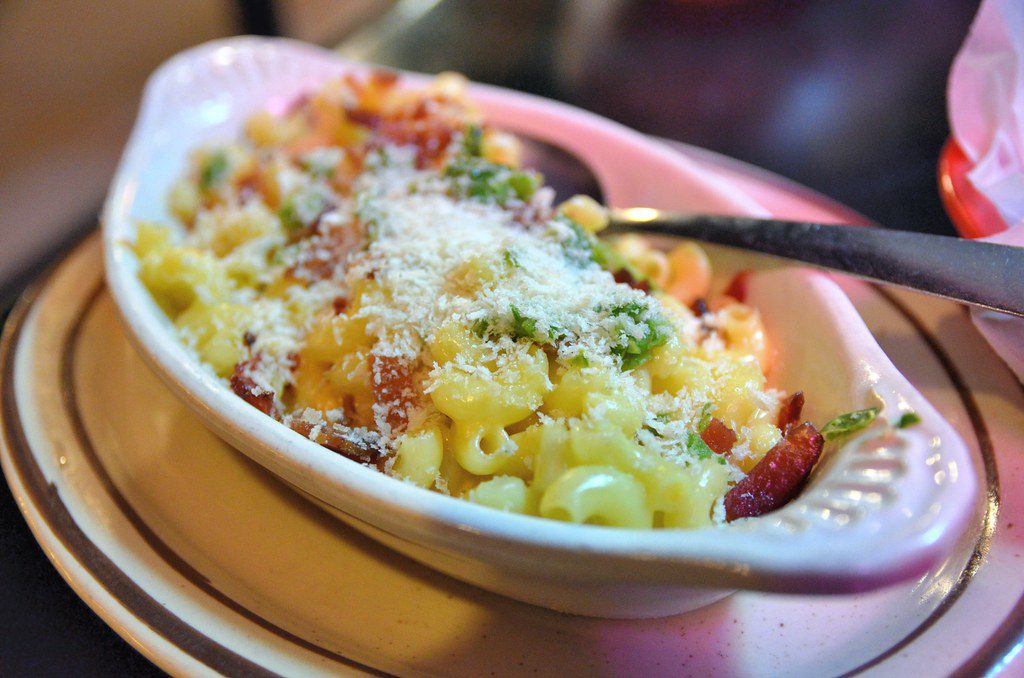 Mac n cheese is just as popular today as it was when Kraft first introduced its boxed dinner in 1937. But the dish is returning to its homemade roots and even getting an upscale makeover. Top chefs at America’s finest restaurants often have a mac n cheese-inspired recipe to add to the menu. Artisan cheeses are replacing the processed and powdered cheese products. Even the pasta is getting a unique twist. And, of course, there are special ingredients added in for a gourmet touch. Bacon, broccoli, lobster, hot sauces, and chili all take a plain bowl of mac n cheese to the next level. You can even make a mac and grilled cheese sandwich or have a mac n cheese pizza. There seems to be no stopping America’s favorite comfort food.