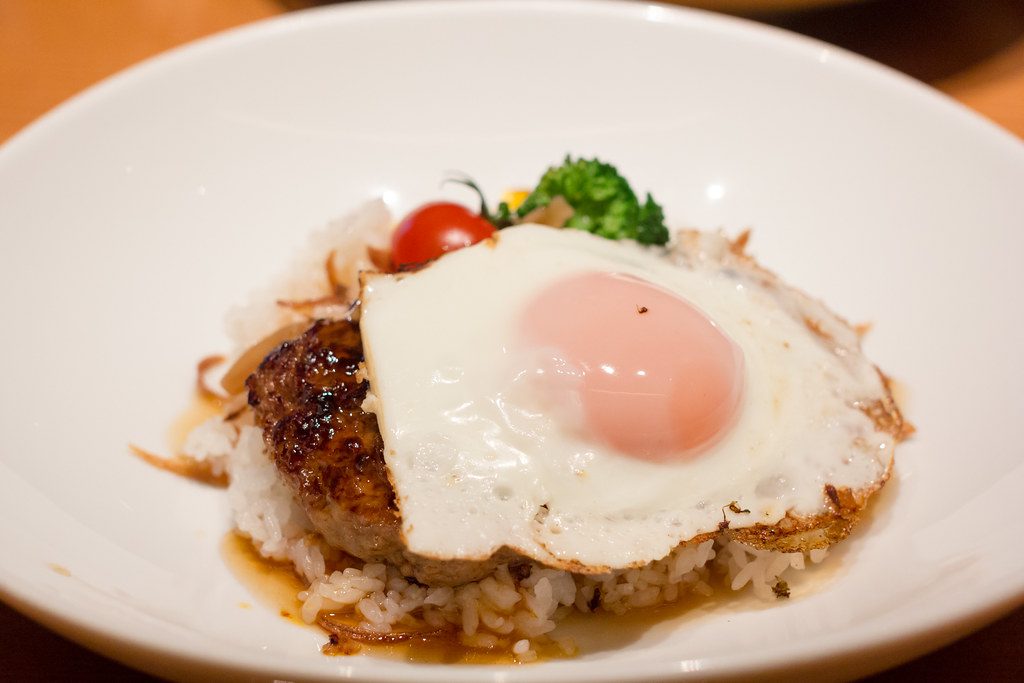 Loco Moco is a mountainous meal consisting of a heap of white rice topped with a hamburger patty and a Sunnyside-up egg, and then smothered in gravy.  This dish is popular for breakfast, lunch, or dinner and is a candidate for the Cholesterol Hall of Fame.  As you eat, break the egg – then blend the burger, egg, rice, and gravy on your fork for each bite for a real taste of paradise. 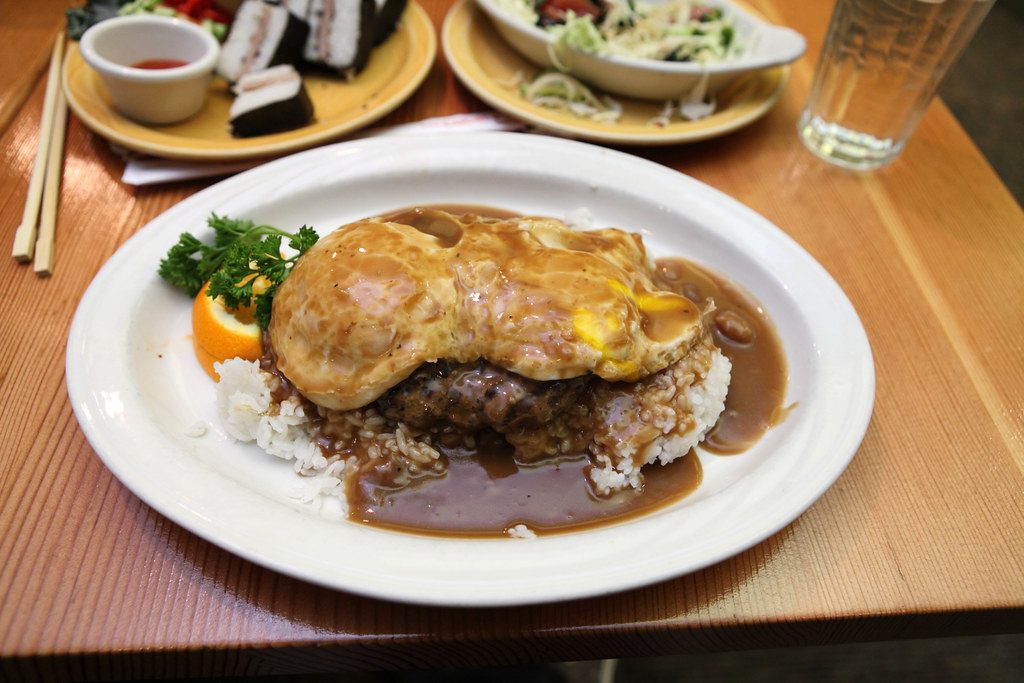 The dish was reportedly created at the Lincoln Grill restaurants in Hilo, Hawaii, in 1949 by its proprietors, Richard Inouye and his wife, Nancy, at the request of teenagers from the Lincoln Wreckers Sports club seeking something that differed from a sandwich, was inexpensive, and yet could be quickly prepared and served. They asked Nancy to put some rice in a bowl, a hamburger patty over the rice, and then top it with brown gravy. The egg came later. The teenagers named the dish Loco Moco after one of their members, George Okimoto, whose nickname was “Crazy”. George Takahashi, who was studying Spanish at Hilo High School, suggested using Loco, which is Spanish for crazy. They tacked on “moco” which “rhymed with loco and sounded good”. 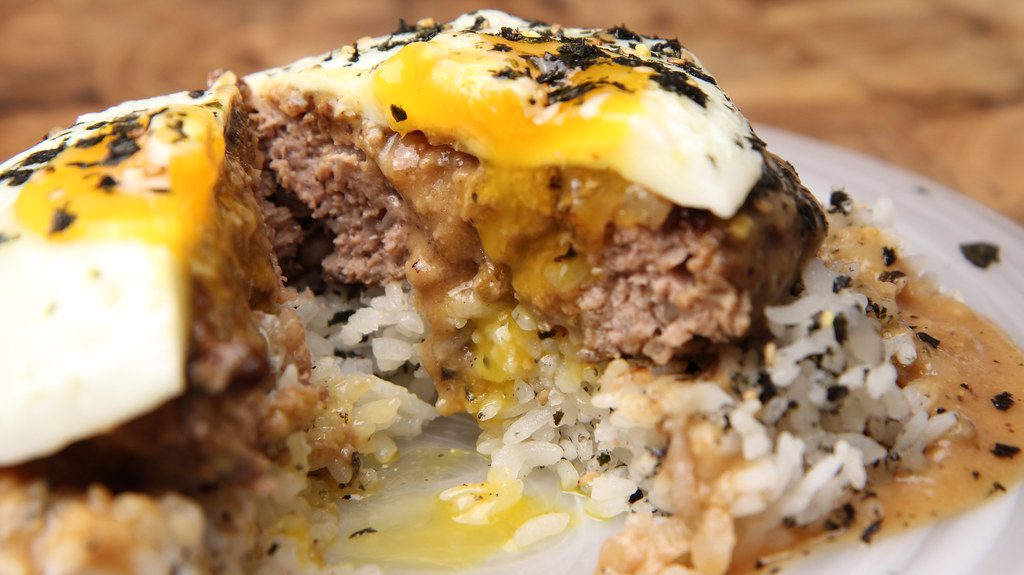 This dish was featured on the “Taste of Hawai’i” episode of Girl Meets Hawai’i, a Travel Channel show hosted by Samantha Brown. The episode features the dish being served at the popular restaurant, Hawaiian Style Cafe, in Waimea together with the plate lunch, another Hawaiian specialty dish.