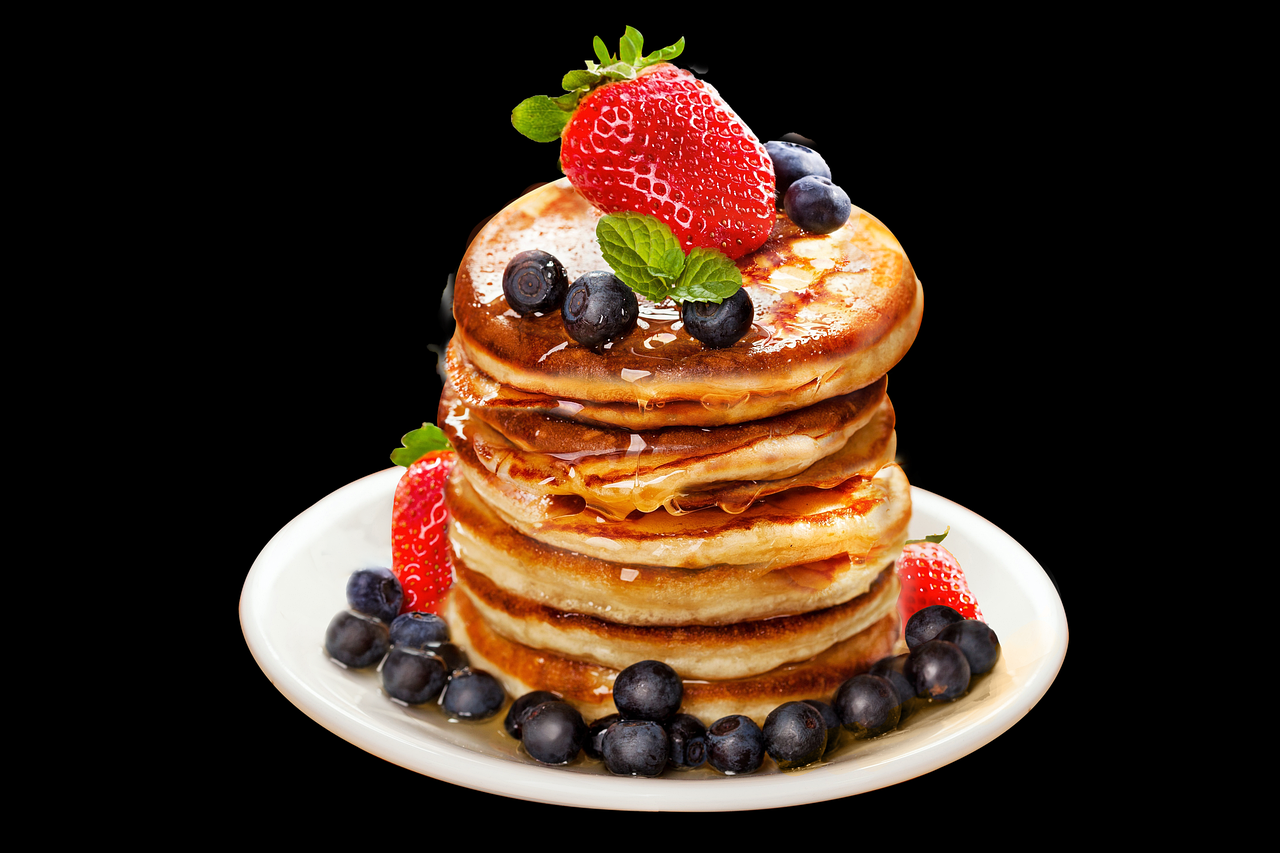 Pancakes have been around for centuries and are a staple in many cultures. Experts (pancakes experts?) believe that people enjoyed pancakes as far back as 30,000 years ago during the Stone Age. In fact, researchers found pancakes in the stomach of Ötzi the Iceman, famous human remains that date back more than 5,000 years! Actually, that’s kind of gross…

In ancient Greece and Rome, pancakes were made from wheat flour, olive oil, honey, and curdled milk. Ancient Greek poets Cratinus and Magnes wrote about pancakes in their poetry. Shakespeare even mentions them in his famous plays. During the English Renaissance, people flavored their pancakes with spices, rosewater, sherry, and apples. The pancake’s shape and structure varies worldwide. In the United Kingdom, pancakes are often unleavened and resemble a crêpe. In North America, a leavening agent is used (typically baking powder) creating a thick fluffy pancake. A crêpe is a thin Breton pancake of French origin cooked on one or both sides in a special pan or crepe maker to achieve a lacelike network of fine bubbles. A well-known variation originating from southeast Europe is a palačinke, a thin moist pancake fried on both sides and filled with jam, cream cheese, chocolate, or ground walnuts, but many other fillings—sweet or savoury—can also be used.

Pancakes may be served at any time of the day or year with a variety of toppings or fillings, but they have developed associations with particular times and toppings in different regions. In North America, they have typically considered breakfast food and serve a similar function to waffles.

According to www.kateskitchenkc.com and en.Wikipedia. Source of photos: internet