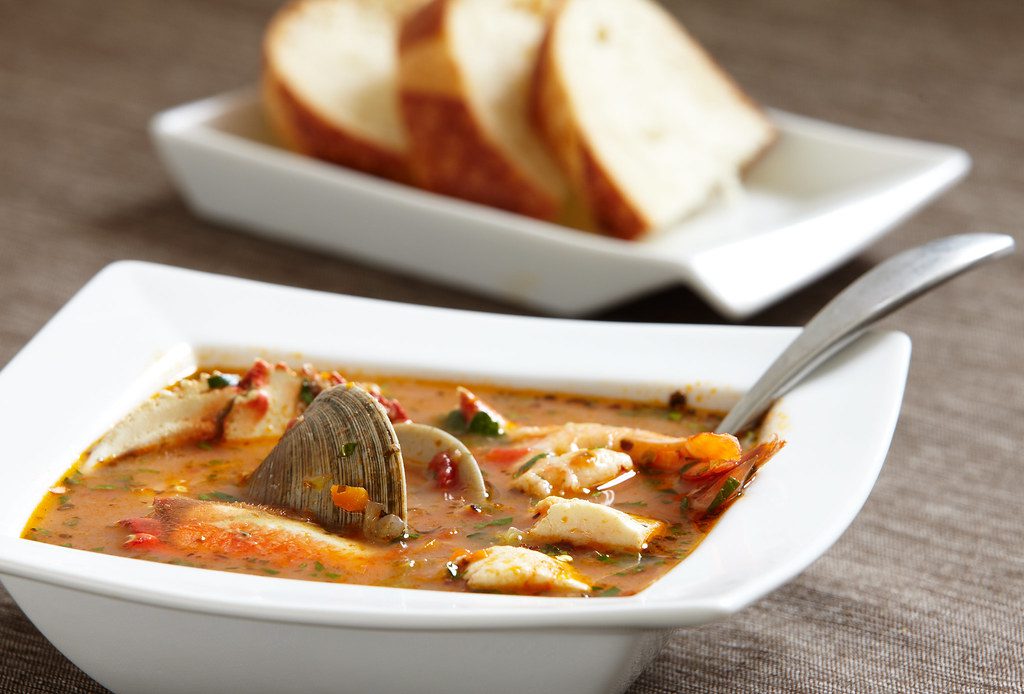 Cioppino is traditionally made from the catch of the day, which in San Francisco is typically a combination of Dungeness crab, clams, shrimp, scallops, squid, mussels and fish, all sourced from the ocean, in this case the Pacific. The seafood is then combined with fresh tomatoes in a wine sauce. The dish can be served with toasted bread, either local sourdough or French bread. The bread acts as a starch, similar to a pasta, and is dipped into the sauce. 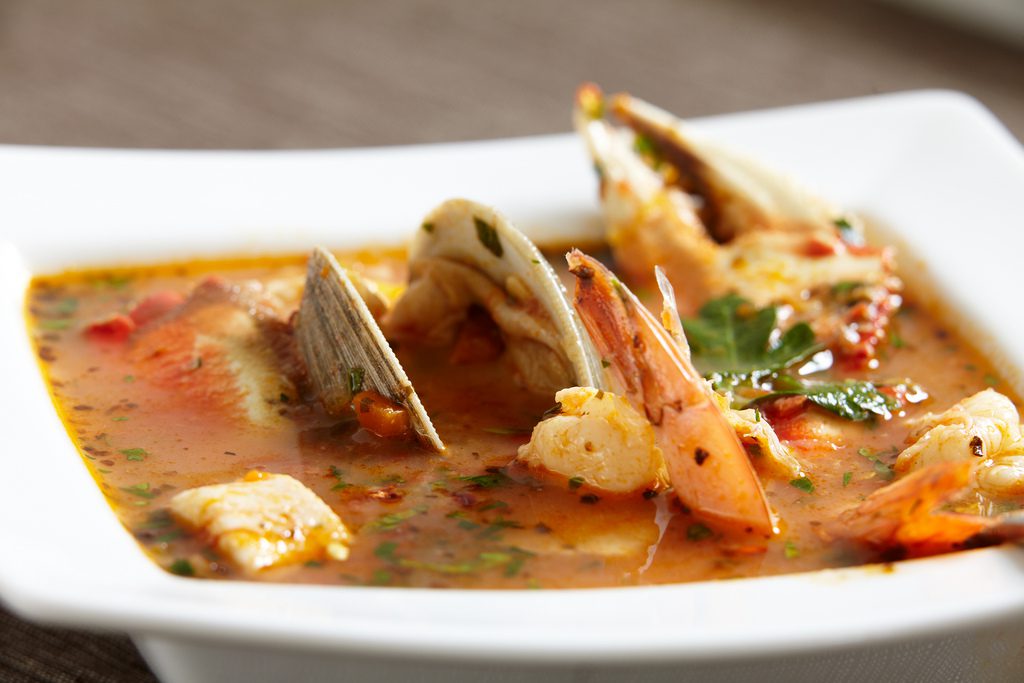 Cioppino was developed in the late 1800s by Italian immigrants who fished off Meiggs Wharf and lived in the North Beach neighborhood of San Francisco, many from the port city of Genoa. When a fisherman came back empty handed, they would walk around with a pot to the other fishermen asking them to chip in whatever they could. What ever ended up in the pot became their Cioppino. The fishermen that chipped in expected the same treatment if they came back empty handed in the future. It later became a staple as Italian restaurants proliferated in San Francisco. 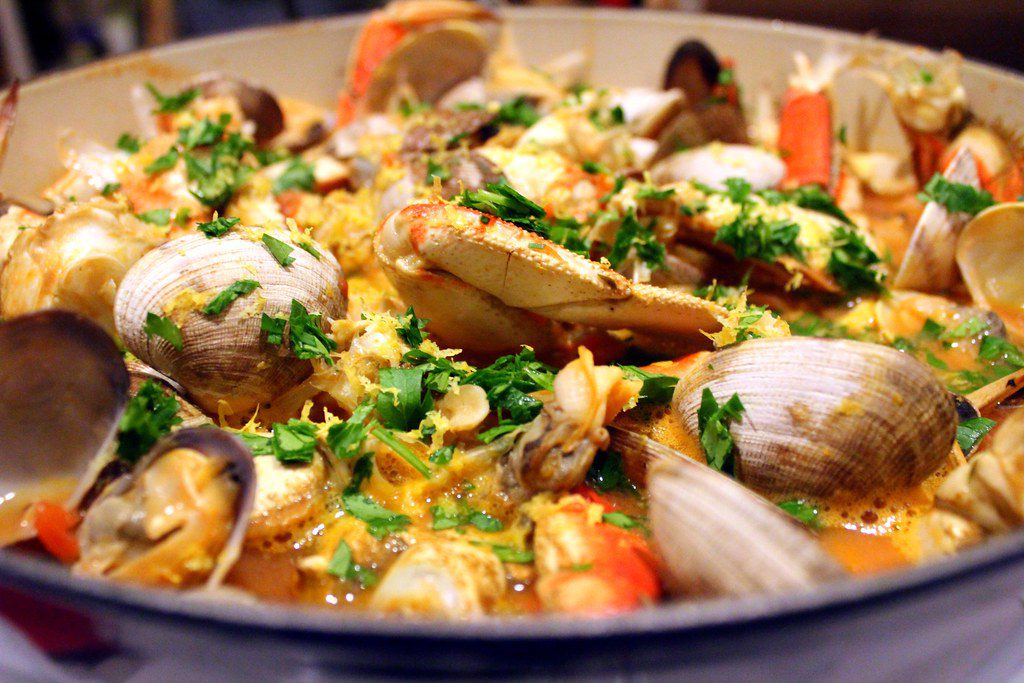 The name comes from ciuppin (also spelled ciupin) which is the name of a classic soup from the Italian region Liguria, similar in flavor to cioppino but with less tomato and using Mediterranean seafood cooked to the point that it falls apart.

The dish also shares its origin with other regional Italian variations of seafood stew similar to cioppin, including cacciucco from Tuscany, brodetto di pesce from Abruzzo and others. Similar dishes can be found in coastal regions throughout the Mediterranean, from Portugal to Greece. Examples of these include suquet de peix from Catalan-speaking regions and bouillabaisse from Provence.