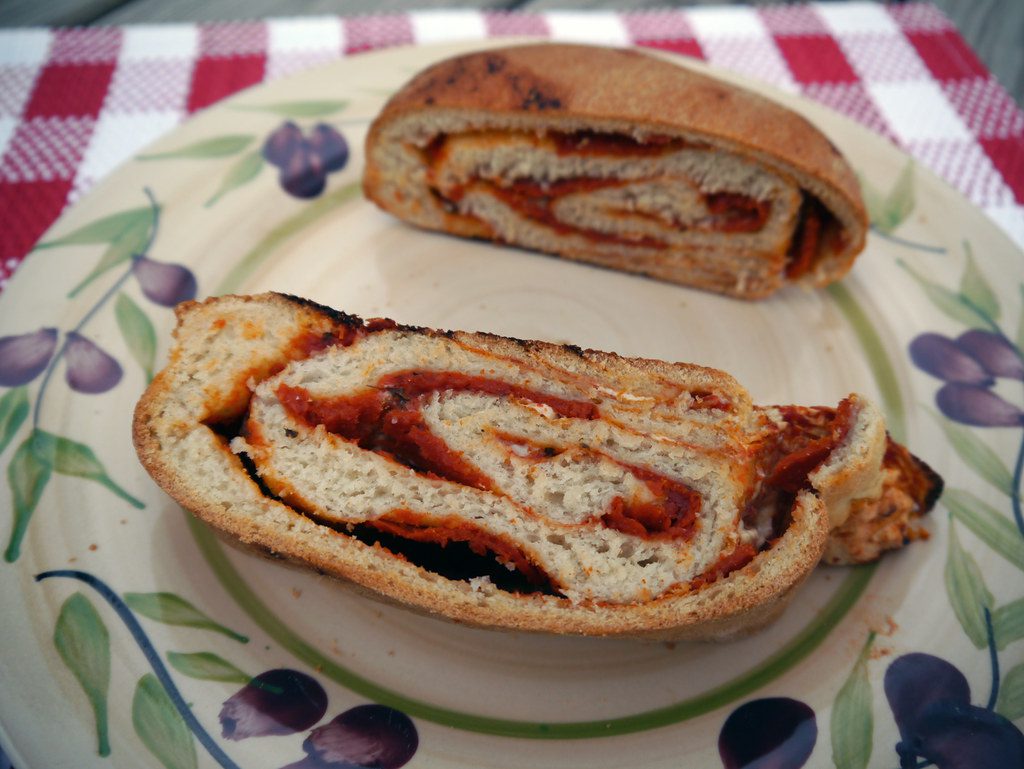 The pepperoni roll is an Italian-American stuffed bread roll. Originally conceived of as a coal miner’s lunch, it is popular in West Virginia and some nearby regions of the Appalachian Mountains such as Western Pennsylvania, Western Maryland, and Appalachian Ohio. In West Virginia, it is nearly ubiquitous, particularly in convenience stores, and is arguably the food most closely associated with the state. Pepperoni rolls are also found in Southeast Michigan where they were popular among autoworkers in the factories.

The classic pepperoni roll consists of a fairly soft white yeast-leavened bread roll with pepperoni baked in the middle. During baking, the fats in the pepperoni (which are hard at room temperature) melt, resulting in a spicy oil suffusing into the bread. Pepperoni rolls are typically eaten for lunch or breakfast, either unheated or slightly warmed. 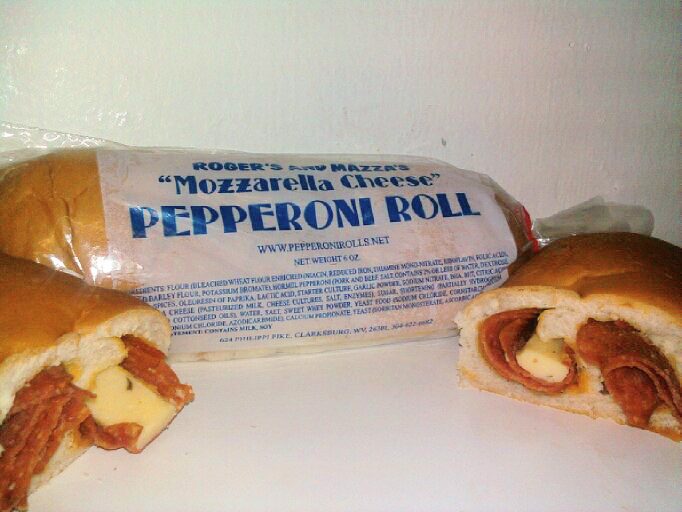 The pepperoni roll was first sold by Giuseppe “Joseph” Argiro at the Country Club Bakery in Fairmont, West Virginia, in 1927. The rolls originated as a lunch option for the coal miners of north-central West Virginia in the first half of the 20th century. Pepperoni rolls do not need to be refrigerated for storage and could readily be packed for lunch by miners. Pepperoni and other Italian foods became popular in north-central West Virginia in the early 20th century, when the booming mines and railroads attracted many immigrants from Italy. The pepperoni roll bears a resemblance to the pasty and sausage roll, which originated in the mining communities of Great Britain, as well as the Italian calzone.

Variations on the original pepperoni roll may contain different types of cheese, peppers, or other ingredients. The pepperoni within can take several forms, including a single stick, several folded slices, or shredded or ground meat.