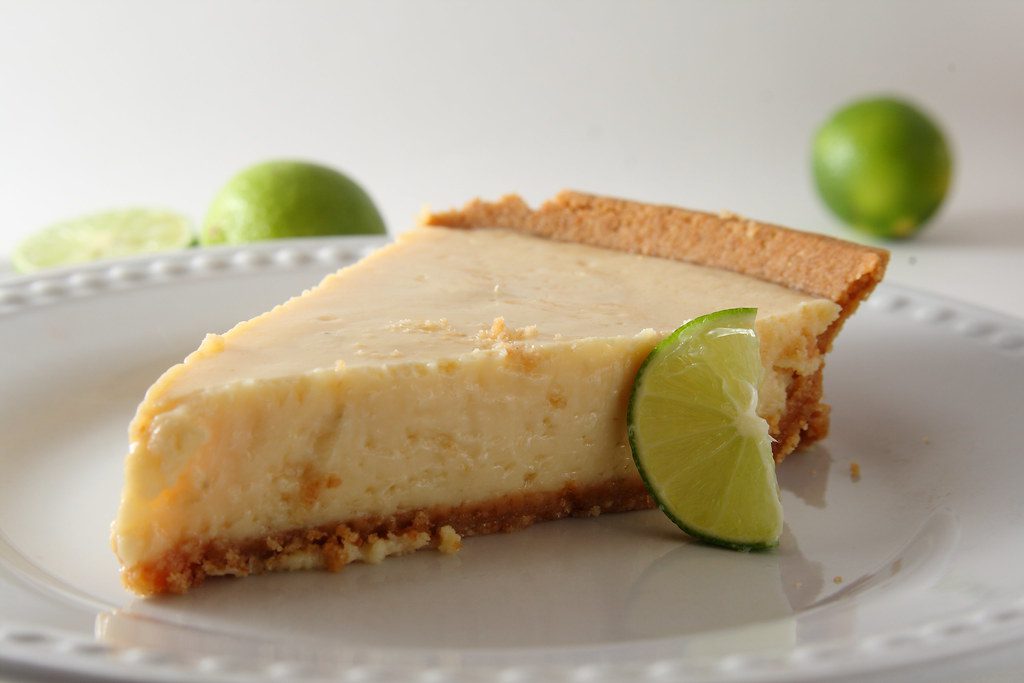 Key Lime Trees were common in the Florida Keys by the 1800’s. And at a place and time when refrigeration was not common, fresh milk was not common, and finding ways to make things that wouldn’t spoil was very common, innovation happened. Sweetened condensed milk was combined with the natively grown Key Lime and the result was a delightful dessert that became a stable in Key West. The exact origin and who created this delectable dessert is unknown. Some say it probably was a fisherman, while others claim it was a rich man’s cook, Aunt Sally. And it seems that it is likely that Aunt Sally is the one who got the pie noticed, as the story goes, once she started making the pie, word spread and everyone came to Aunt Sally for a slice of her Key Lime Pie.

Oh, those yummy and tart Key Limes! They are smaller than regular limes, typically green when picked, but more yellow when ripe, and they are much more tart. They only grow in climates where the weather stays warm and never dips below freezing temperatures (tropical and sub-tropical climates), which is why it became popular in the Florida Keys. The Key Lime was brought into the Americas by Spanish and Portuguese explorers in the 16th century and became naturalized throughout tropical areas of South America, Central America, the Caribbean, Mexico, and the Florida Keys. 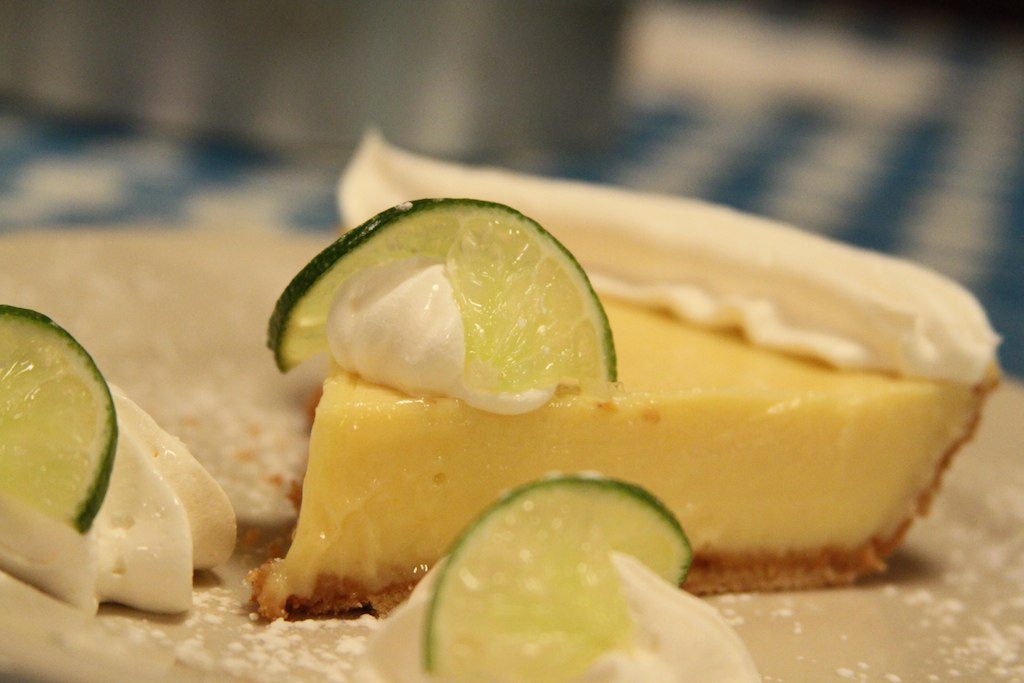 While Key Limes are no longer commercially grown in South Florida and are produced mostly in India, Mexico, Egypt and other countries in the West Indies, the Key Lime has become an important part of the culture of Key West. Many homeowners have Key Lime trees and Key Lime Pie is a staple dessert in the Florida Keys.

Key Limes are so special in Key West, they even have a festival dedicated to this amazingly tart fruit. The Key Lime Festival is held annually in Key West as a celebration of its importance to the culture of Key West.

According to floridasmart.com. Source of photos: internet