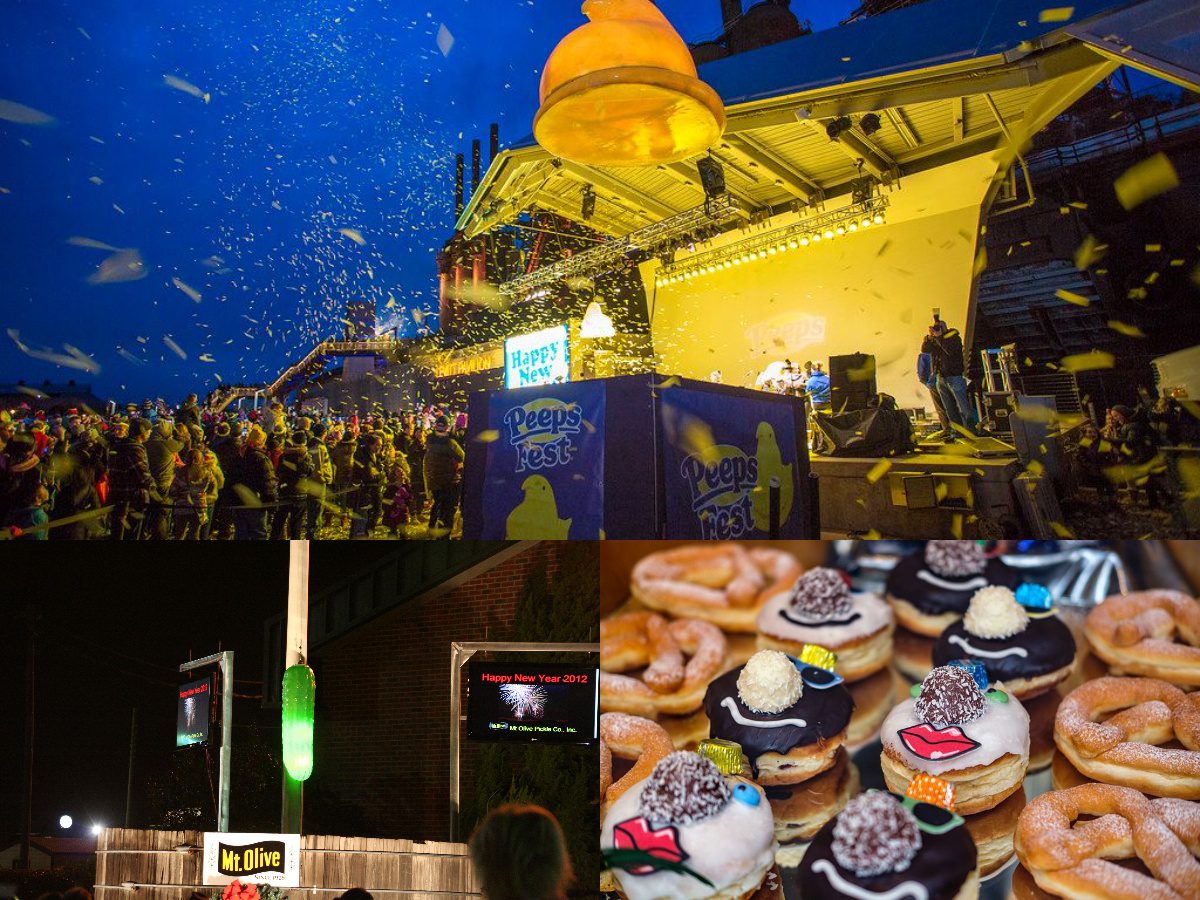 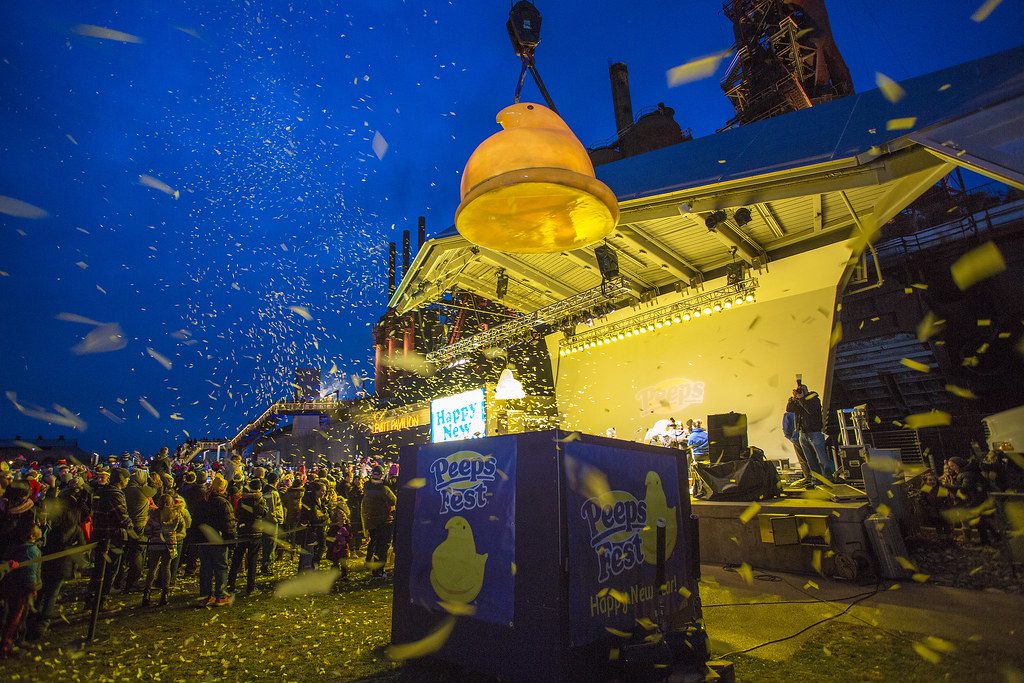 Sure, you may love soft marshmallowy PEEPS during the holidays (there’s a reason they made our list of the best Christmas candies in the USA), but we guarantee you don’t love them as much as Bethlehem, Pennsylvania. As the birthplace of the sugary treat, Bethlehem lowers a 400-pound chick on New Year’s Eve. It’s part of the town’s annual PEEPSFEST, a celebration that features tastings of unique PEEPS flavors, a scavenger hunt, and other family-friendly activities. There’s also a diorama competition, where contestants enter tiny scenes made of Peeps — it really doesn’t get any cuter. In 1999, a group of employees at North Carolina’s Mt. Olive Pickle Company gathered around a giant pickle to ring in the New Year — decades later, the tradition is bigger than ever before. Garnering thousands of attendees every year, the celebration centers on a three-and-a-half-foot illuminated pickle that the local fire department lowers into a redwood tank. Accompanied by a food drive for the local food bank (not to mention a solid display of fireworks), the event is so wholesome that it takes place at 7pm (just enough time for briny revelry tucking the little ones in for bedtime).

Potatoes are versatile. They can be French fries, mashed, baked, boiled, smashed, crisped, and… they can even be dropped at midnight. For nine years, Boise’s famous 17-foot glowing potato has been the star of a New Year’s Eve celebration that includes a ski and snowboard competition, a cameo from lovable mascot Spuddy Buddy, and a wrestling match that declares the winner of the Potato Belt Championship. If you’re truly a potato head, you’ll buy the VIP option (Very Important Potato) for craft cocktails, hors d’oeuvres, raffles, a dance floor, and a 360 view of that giant spud.

New Year’s Eve can be cheesy, especially in Wisconsin. Plymouth hails itself as the Cheese Capital of the World (more than 14% of all cheese consumed in the USA moves through the small city), so it makes sense that on New Year’s Eve they drop a giant piece of cheese. Instead of hanging around until midnight, the Plymouth Fire Department lowers a massive wedge of Sartori BellaVitano Gold Cheese at 10 pm to keep the event more family-friendly—but not without a champagne toast and cheese gift bags, of course.

You won’t need to drool too much as a giant donut lowers from the sky in Hagerstown, Maryland, because with any luck you’ll have one in your hand; Krumpe’s Do-nuts, a local town favorite for over 80 years, passes out donuts to the first 5,000 people. There’s also free hot chocolate and coffee, but you won’t need a caffeine boost to stay awake until midnight—the donut drops at 6:59 pm, which means you can have your snack, watch the fireworks, and still be in bed at a reasonable hour.

According to timeout.com. Source of photo: internet