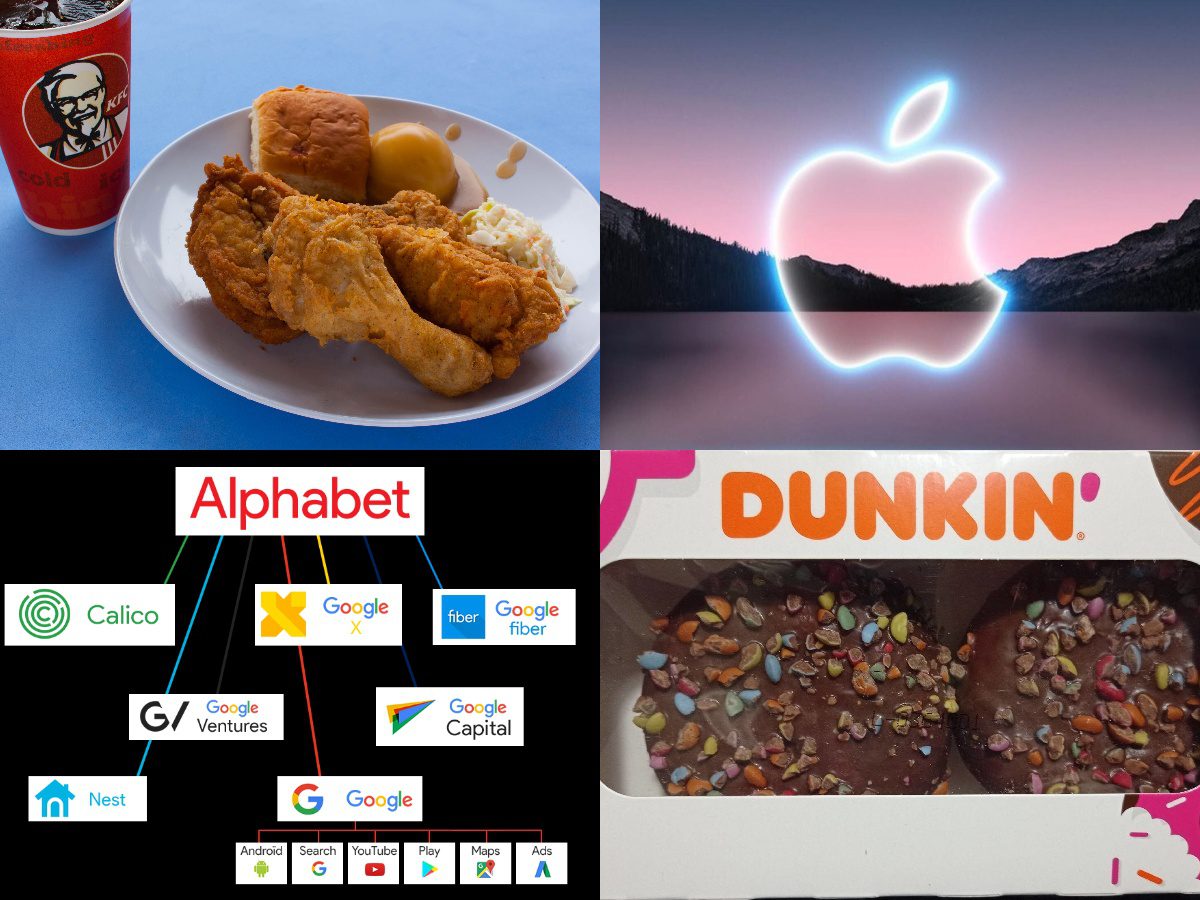 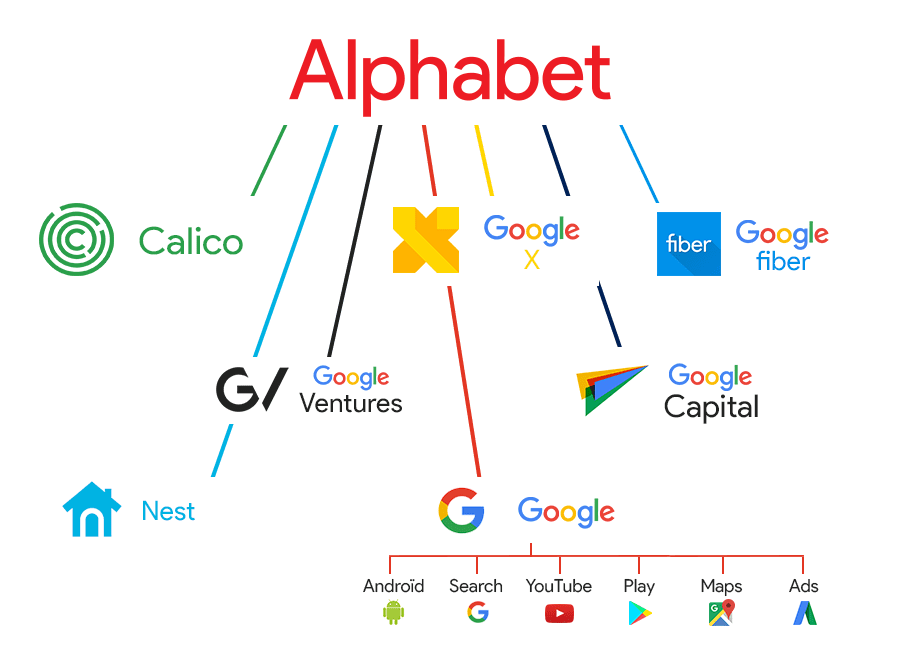 If Facebook’s reported plans sound familiar, it’s because Google did the exact same thing in 2015, forming its parent company Alphabet.

Google’s public rationale was to help emphasize Google’s non-search business interests, like artificial intelligence, autonomous cars and venture capital investing. But at the time, Google was also under heightened scrutiny from government regulators, including antitrust inquiries over concerns that the company’s business stifled competition.

The rebrand likely did little to shift public opinion: The company is still often referred to as Google, and Alphabet still faces antitrust scrutiny today. But from a financial standpoint, it’s hard to call it a flop. Alphabet’s stock price has nearly quintupled since the change, and the company now boasts a market value of $1.9 trillion.

Plus, a fun fact: This wasn’t Google’s first rebrand. Co-founders Larry Page and Sergey Brin changed the company’s name to Google in 1998, after originally calling it BackRub.Apple’s small but significant name change In 2007, Apple Computer dropped the second word from its name — the same year as it released the first iPhone. At the time, co-founder Steve Jobs explained that Apple had evolved beyond being just a computer company. The name change was a reflection of Apple’s increased focus on its other product lines.

Since the name change and iPhone launch, Apple’s valuation has soared. Its stock price has increased by almost 1,200% in the past decade, giving Apple a valuation of more than $2.4 trillion — and the iPhone is the company’s best-selling device.

In changing its name, Apple altered its identity while making a big bet on the future. That’s essentially what Facebook is reportedly hoping to do now. In 2018, Dunkin’ Donuts announced a similar move, dropping the word “Donuts” from its branding. The goal was to emphasize its menu of drink and savory food options, in the face of increased competition from chains like Starbucks.

At the time, the company said, customers reacted positively to the shortened name. Last year, though, its sales dipped as the coronavirus pandemic hit and foot traffic disappeared. And in October 2020, Dunkin’ and sister brand Baskin-Robbins were acquired by Inspire Brands, which owns Arby’s and Buffalo Wild Wings, for $11.3 billion. Kentucky Fried Chicken similarly shortened its name to KFC in 1991. On the one hand, it wasn’t much of a change: People had been calling the brand “KFC” for years.

But KFC executives admitted that they wanted to cultivate a healthier and more “contemporary” image for the company. Kyle Craig, the then-president of KFC U.S., put it this way: “Fried is not a contemporary image.”

The change certainly didn’t scare away any customers. Today, KFC is one of the world’s largest fast-food chains. It’s owned by Yum! Brands, which also owns Pizza Hut and Taco Bell, and its annual revenue grew to more than $26.2 billion last year, up from roughly $6 billion in 1991. 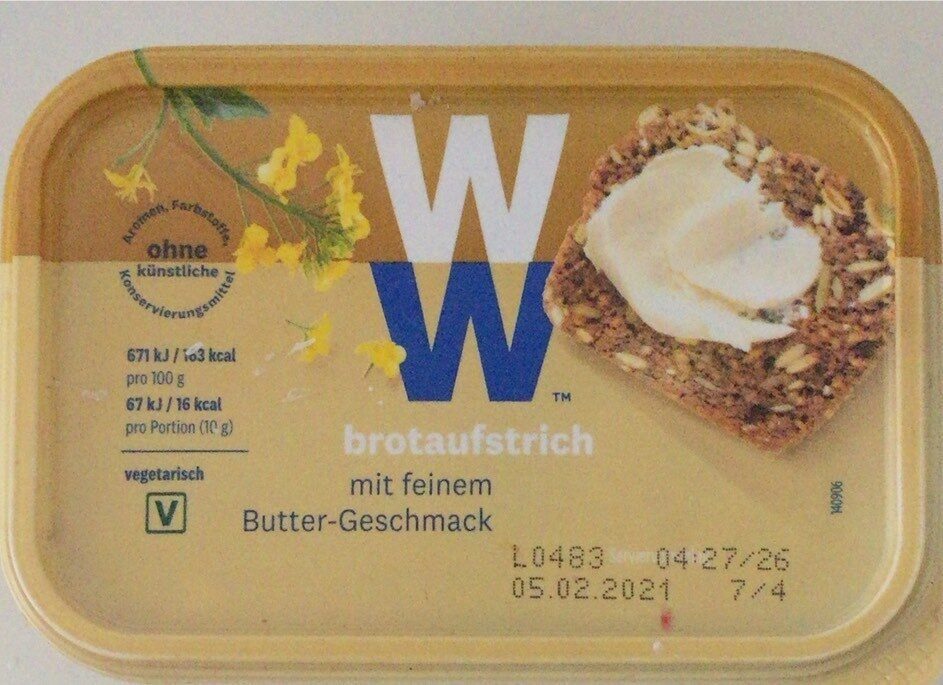 In 2018, a company once synonymous with shedding pounds changed its image to reflect changing attitudes toward weight loss and health.

Weight Watchers’ membership declined in the mid-2010s, as more people decided they wanted to eat healthier without focusing specifically on losing weight. So the company rebranded as WW International, aiming to become more of a lifestyle and wellness brand.

The results have also been mixed. The company ended 2020 with 4.4 million subscribers, an all-time high. But WW’s revenue and profit dipped last year, and its stock price is down to $18.34 per share, as of Thursday afternoon — compared to more than $66 per share when the rebrand was announced.