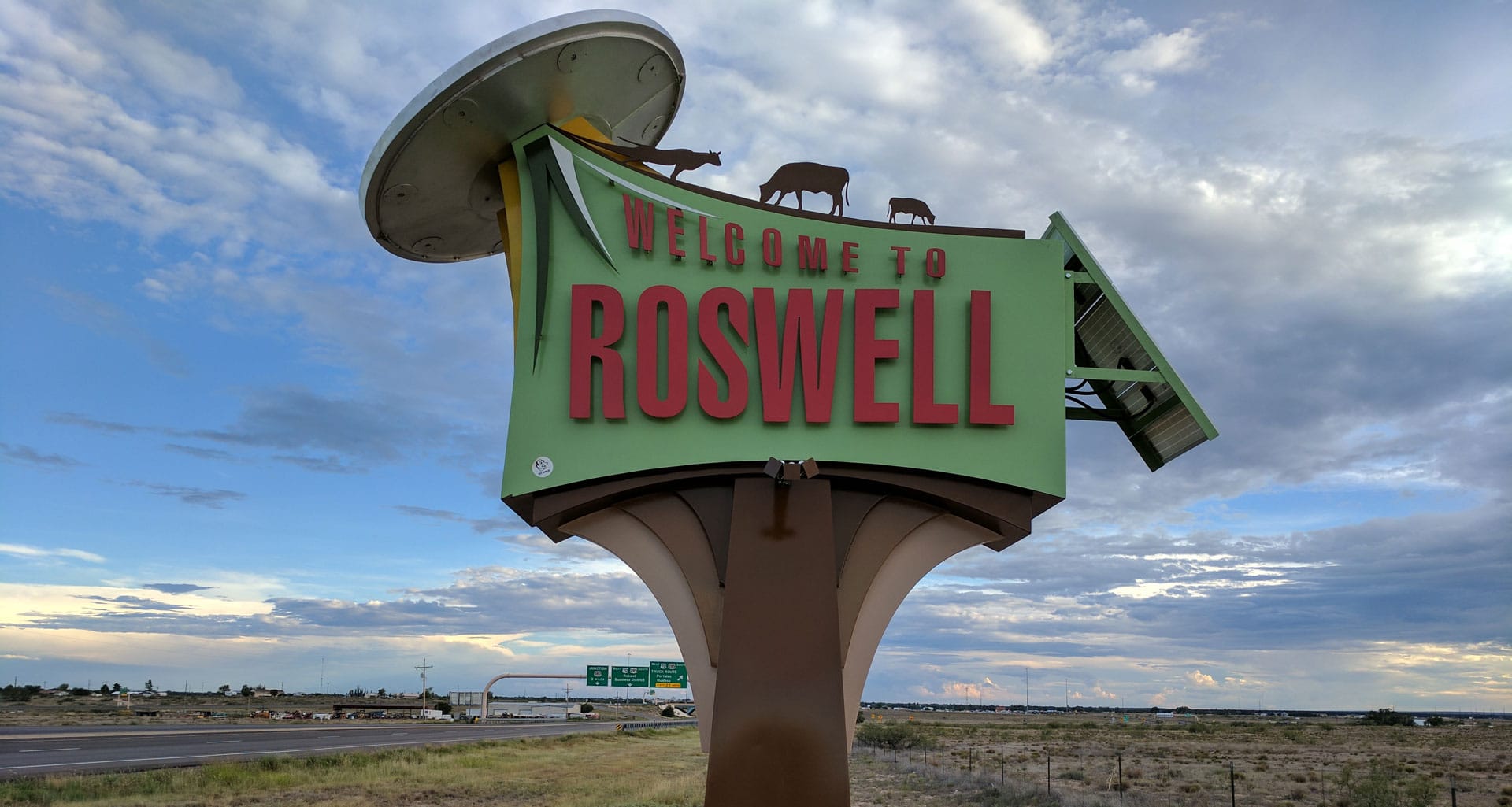 (uskings.us) The town has been called the home of “the world’s most famous, most exhaustively investigated, and most thoroughly debunked UFO claim.”

Roswell is a city in southeastern New Mexico. It’s renowned as the site of an alleged 1947 UFO crash. In 1947, residents of Roswell, NM, saw what appeared to be a UFO crash. The military said it was a conventional weather balloon, but many still believe.The town has since become synonymous with UFOs and extraterrestrial conspiracy theories. The good news? Its tourist industry is thriving.

One morning around Independence Day 1947, about 75 miles from the town of Roswell, New Mexico, a rancher named Mac Brazel found something unusual in his sheep pasture: a mess of metallic sticks held together with tape; chunks of plastic and foil reflectors; and scraps of a heavy, glossy, paper-like material. Unable to identify the strange objects, Brazel called Roswell’s sheriff. The sheriff, in turn, called officials at the nearby Roswell Army Air Force base. Soldiers fanned out across Brazel’s field, gathering the mysterious debris and whisking it away in armored trucks. 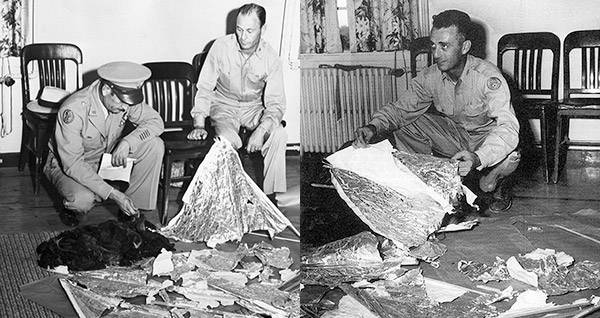 On July 8, “RAAF Captures Flying Saucer on Ranch in Roswell Region” was the top story in the Roswell Daily Record. But was it true? On July 9, an Air Force official clarified the paper’s report: The alleged “flying saucer,” he said, was only a crashed weather balloon. However, to anyone who had seen the debris (or the newspaper photographs of it), it was clear that whatever this thing was, it was no weather balloon. Some people believed–and still believe–that the crashed vehicle had not come from Earth at all. They argued that the debris in Brazel’s field must have come from an alien spaceship. 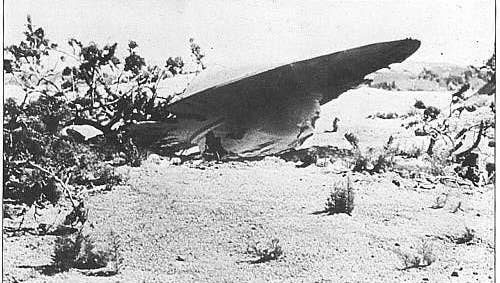 These skeptics grew more numerous during the 1950s, when the Air Force conducted a series of secret “dummy drops” over air bases, test ranges and unoccupied fields across New Mexico. These experiments, meant to test ways for pilots to survive falls from high altitudes, sent bandaged, featureless dummies with latex “skin” and aluminum “bones”–dummies that looked an awful lot like space aliens were supposed to–falling from the sky onto the ground, whereupon military vehicles would descend on the landing site to retrieve the “bodies” as quickly as possible. 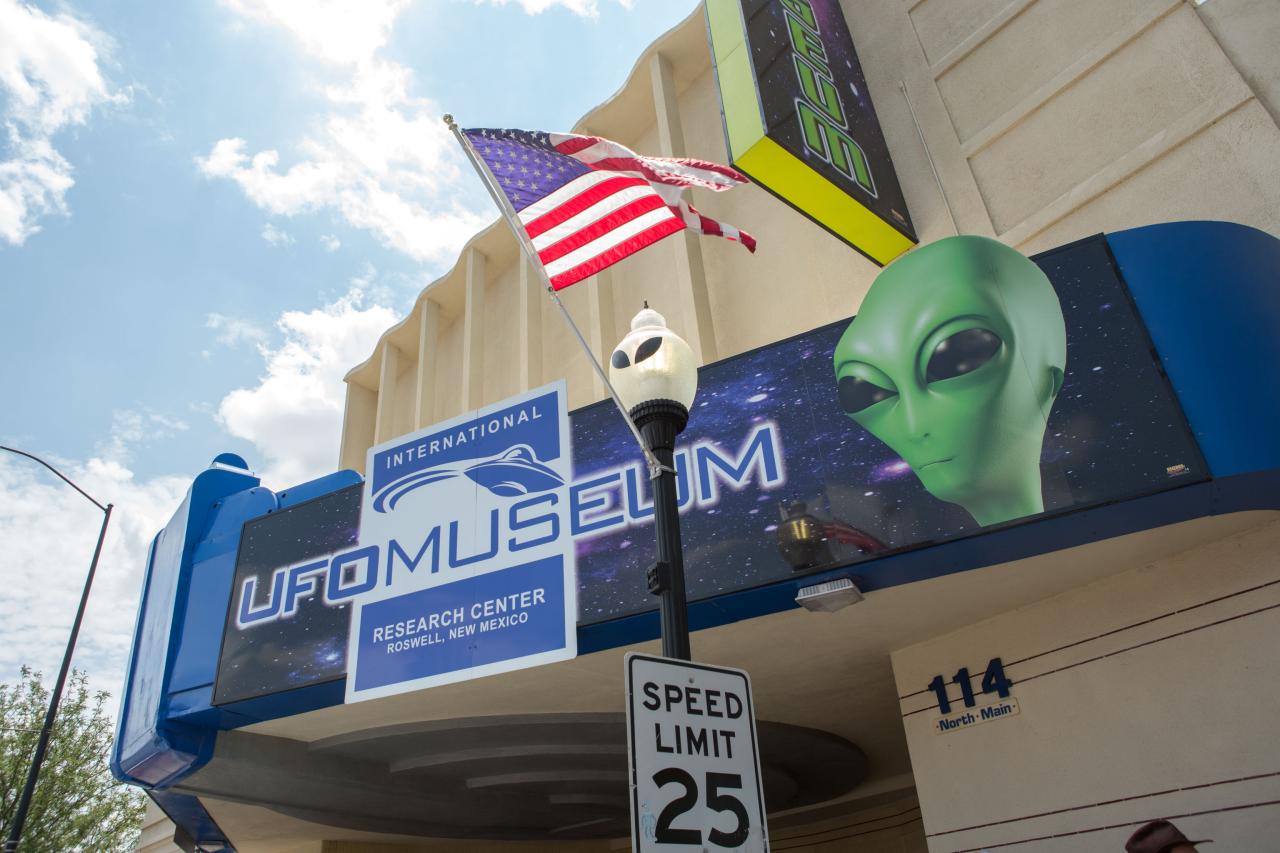 To people who believed the government was covering up the truth about the Roswell landing, these dummy drops seemed just as suspicious. They were convinced that the dummies were actually extraterrestrial creatures who were being kidnapped and experimented on by government scientists.

According to history.com; ranker.com. Source of photos: internet