In 1981, there were 1,000 people living in Centralia, PA. By 2010, there were less than a dozen. What happened? Well, there’s been a coal mine fire burning beneath the town since 1962. Sinkholes, toxic smoke, gas—the highway itself is hot to the touch. Residents apparently couldn’t deal. Although it’s been on fire for decades, experts believe that it may burn for another 250 years.

Centralia is a borough and near-ghost town in Columbia County, Pennsylvania, United States. Its population has dwindled from more than 1,000 residents in 1980 to 63 by 1990, to only five in 2017 – a result of the coal mine fire which has been burning beneath the borough since 1962. Centralia, which is part of the Bloomsburg–Berwick metropolitan area, is the least-populated municipality in Pennsylvania. It is completely surrounded by Conyngham Township. 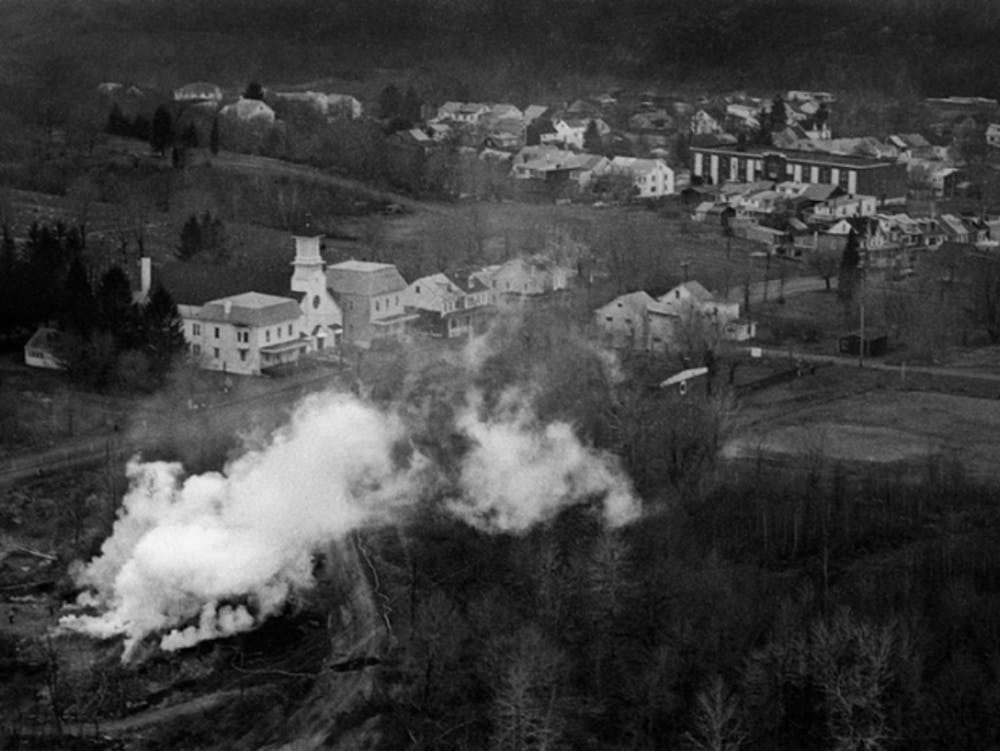 It was a Sunday. The citizens of Centralia were getting ready for their Memorial Day festivities to take place a day later. But there was a problem they still hadn’t dealt with: Clean up of a landfill before the celebration.

The city council had met earlier that month to discuss the best way to go about cleaning up the 300-foot wide, 75-foot long pit, and they had decided on fire. This isn’t surprising; burning trash was a common practice then. The only problem is that Centralia had been a major coal mining area in the past, and the landfill was located on top of an old coal mine. 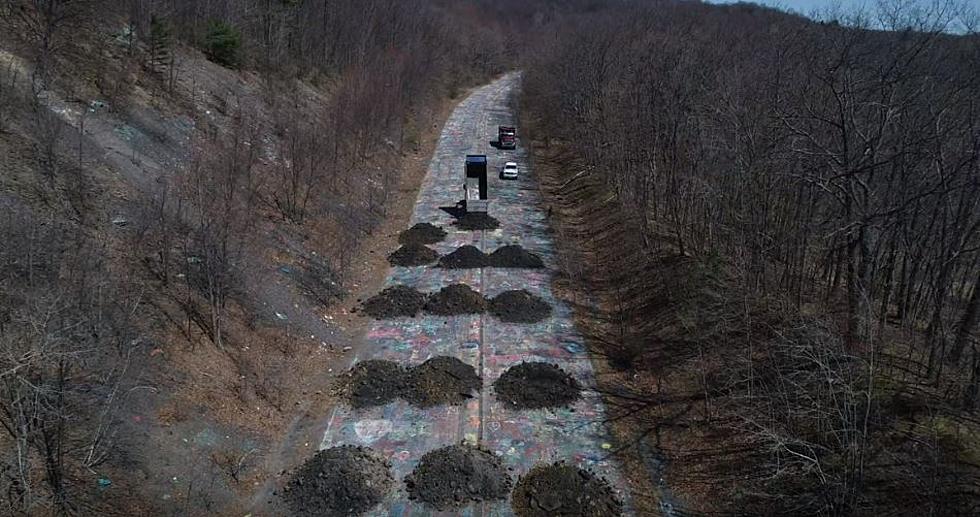 They set the fire on May 25th. Using hoses, they sprayed the flames to keep the fire under control, and they waited for the smoldering trash to burn itself out. Little did they know they’d be waiting for 54 years. The fire latched onto an old coal seam from the mine and slowly spread throughout the mines under the city. Even though the visible flames were doused throughout the day on the 25th, more fires were spotted on May 29th. This pattern of putting out fires and finding them sprouting up again days later would continue for weeks. And when there weren’t visible fires, residents complained about the constant smell of smoldering trash and coal.

Authorities tried for years to extinguish the fire. They pumped water into the mines often. They covered the surface with clay, seek to smother the blaze. They pumped a slurry of ash, water, and rocks into the mine, but nothing worked. Eventually, they had no choice but to give up, and the city was condemned.

According to en.wikipedia; ranker.com and ripleys.com