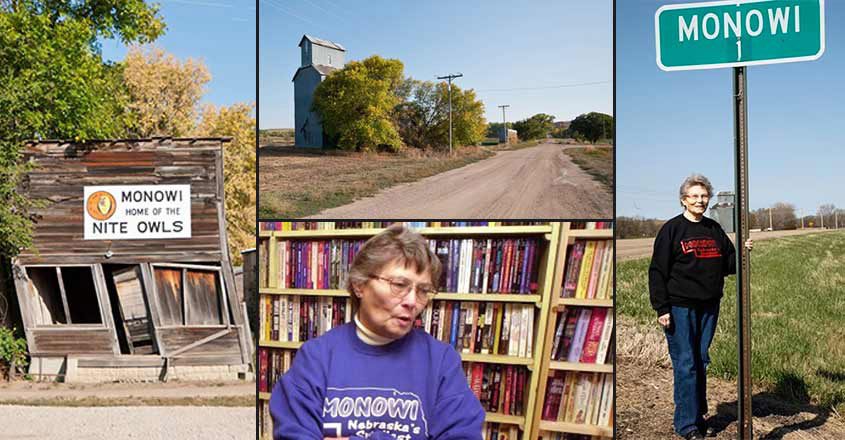 According to tradition, the name Monowi means “flower” in an unidentified Native American language. Monowi was so named after the many wildflowers growing at the original site of the village.

Monowi was platted in 1902, when the Fremont, Elkhorn, and Missouri Valley Railroad was extended to that point. A post office was established in Monowi in 1902 and remained in operation until 1967. 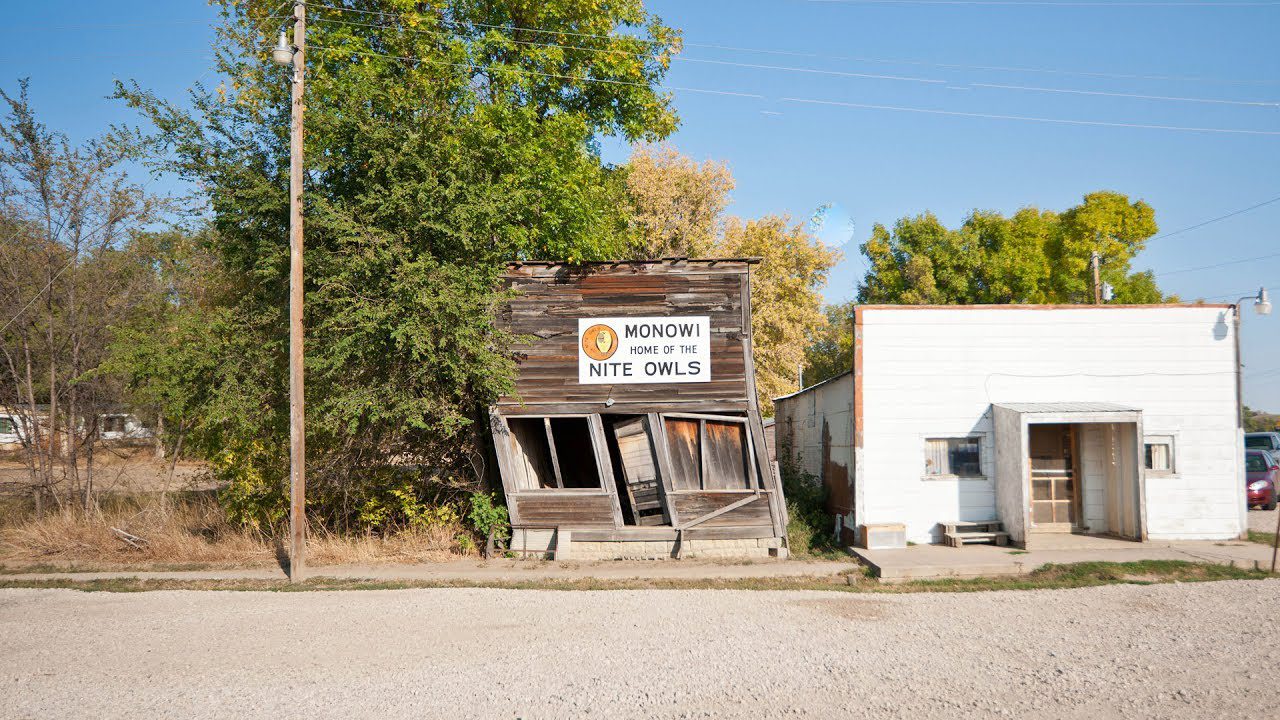 Monowi’s peak years were in the 1930s, when it had a population of 150. Like many other small communities in the Great Plains, it lost its younger residents to cities that were experiencing growth and offering better jobs. During the 2000 census, the village had a total population of two: Only one married couple, Rudy and Elsie Eiler, lived there. 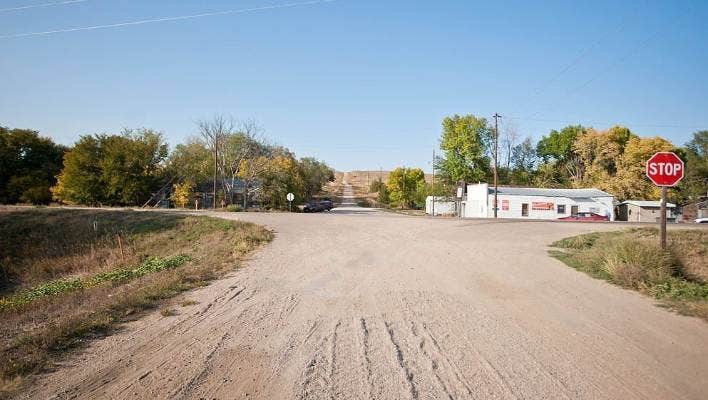 Rudy died in 2004, leaving his wife as the only remaining resident. In this capacity, she acts as mayor, granting herself a liquor license and paying taxes to herself. She is required to produce a municipal road plan every year in order to secure state funding for the village’s four street lights.

Although the village is almost abandoned, it does have a bar called the Monowi Tavern, operated by Eiler for passing travelers and tourists. In addition, Eiler maintains the five–thousand–volume Rudy’s Library, founded in memory of her late husband. 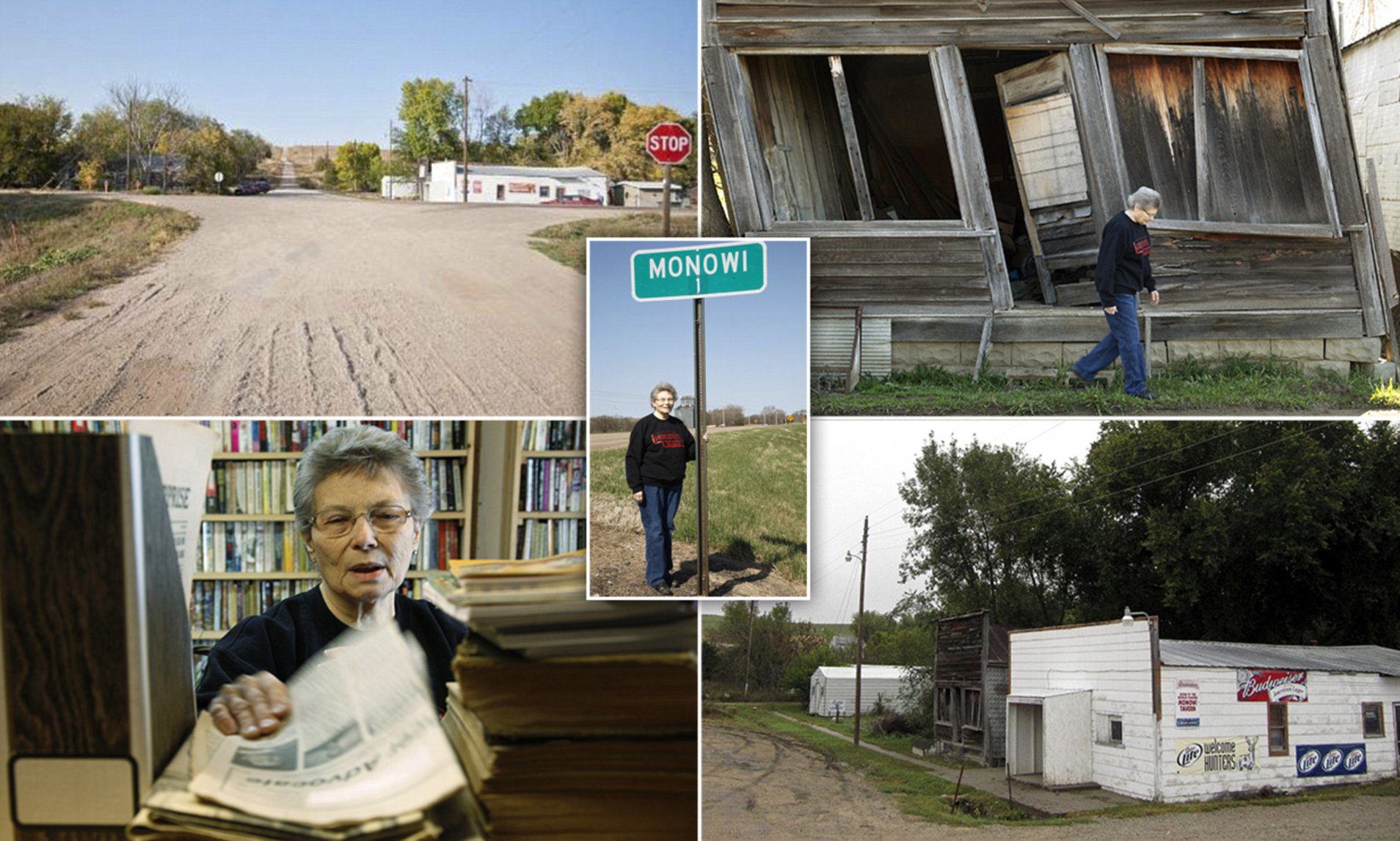 Other people drop by because they had heard of the town of population one, or had read about it on Facebook posted by other visitors – Eiler doesn’t have any use for computers or a cellphone. On a recent day, Denny and Judy Sloup drove 175 miles to say they had come here, and buy a T-shirt and cap that Eiler sells from a table in the tavern. Before they leave, the 80-something proprietress asks them to sign her guestbook – volume three in her collection.

According to en.wikipedia and csmonitor.com