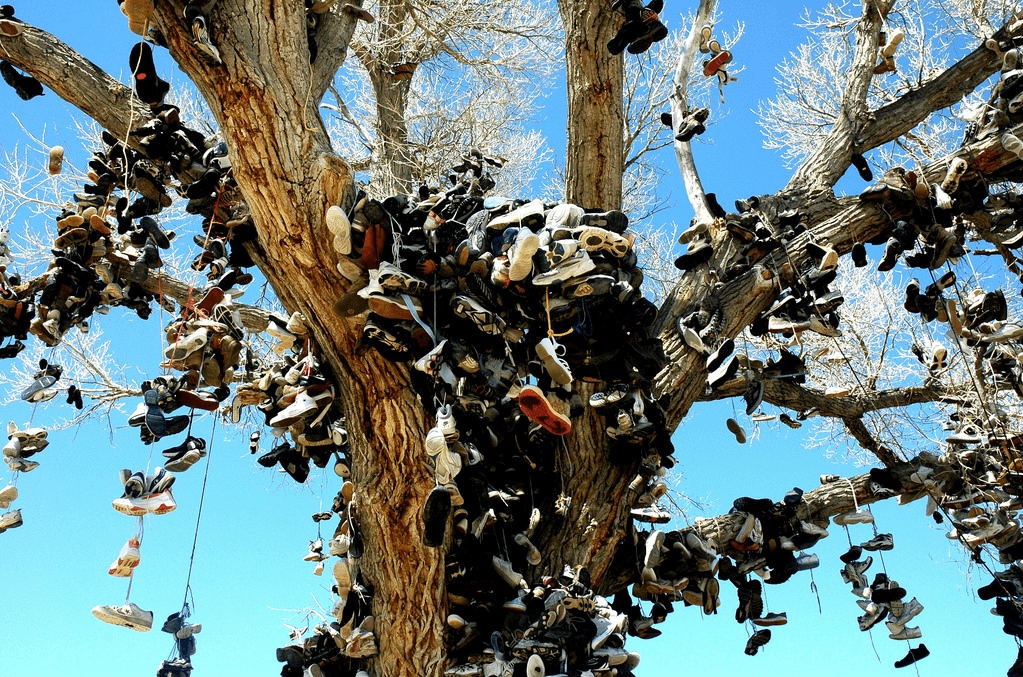 (uskings.us) Adorned with blooming rubber- soled foliage throughout the year, this impressive shoe tree has been an icon greeting travelers along route U.S. 131/M-66 for multiple decades. 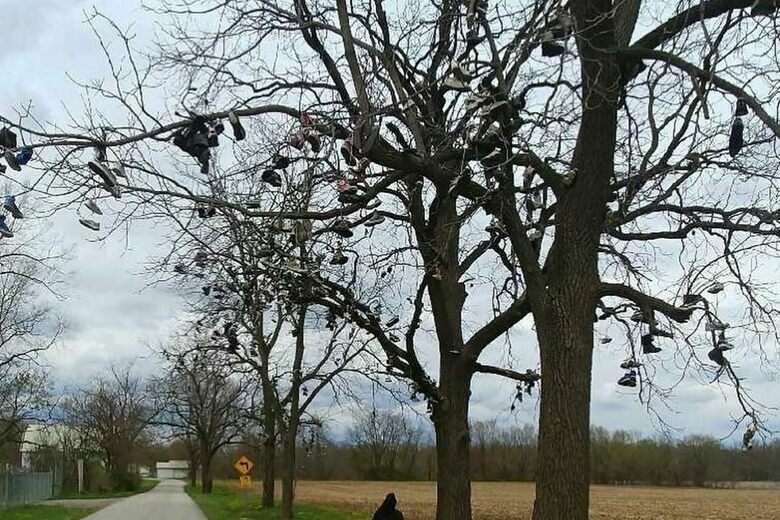 Its exact origin is unknown, though some say it was started by students from nearby Kalkaska High School. Over the years it has grown in scale and numbers, as neighboring trees have seen overflow with their own “soleful” decorative additions. The shoe tree is popular and notable enough that it even has its own Facebook page. 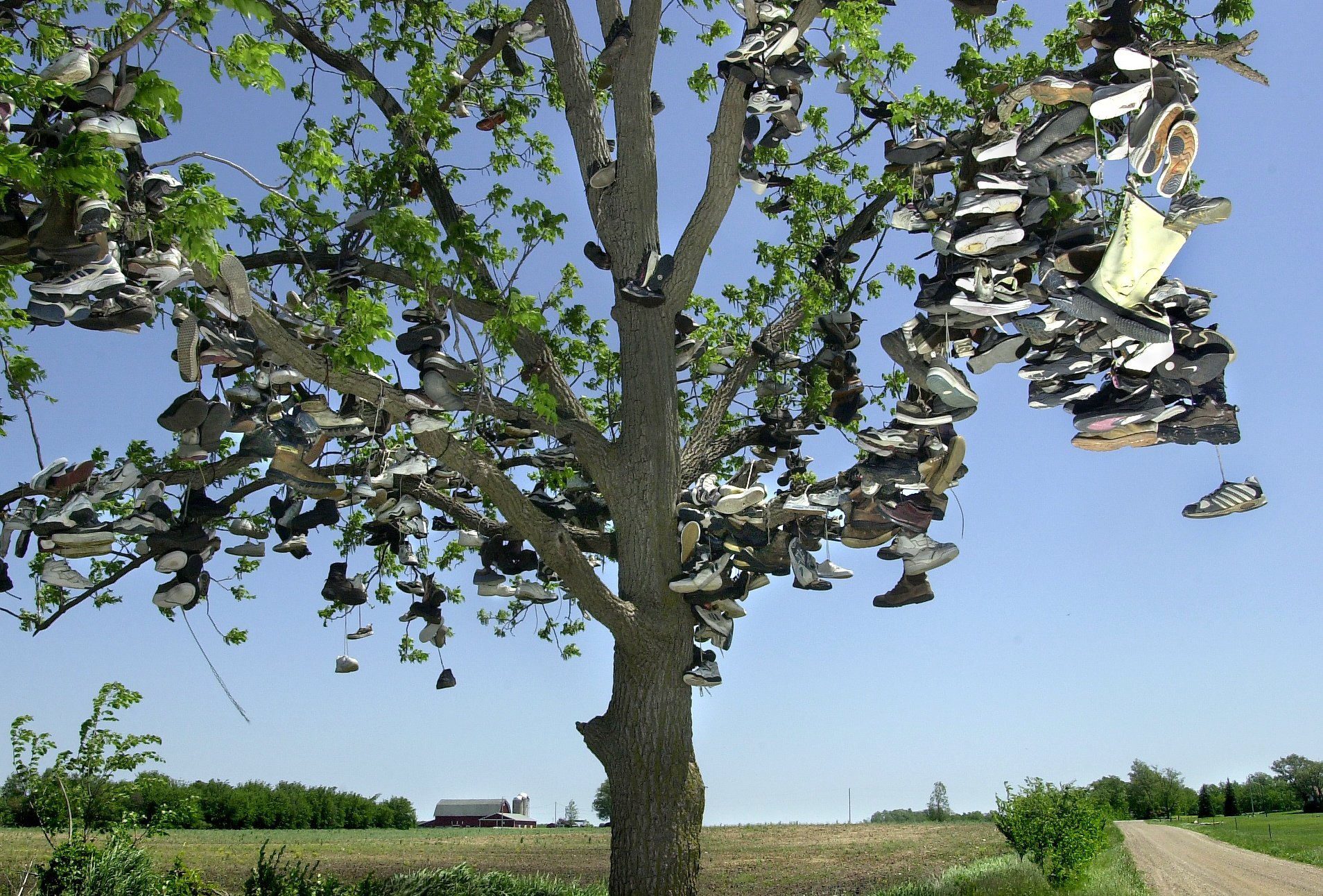 Roadsideamerica.com describes the start of a shoe tree as,

“ A shoe tree starts with one dreamer, tossing his or her footwear-of-old high into the sky, to catch on an out-of-reach branch. It usually end there, unseen and neglected by others. But on rare occasions, that first pair of shoes triggers a shoe tossing cascade. Soon, teens are gathering up their old Adidas and Sauconys, families are driving out after church with Dad’s Reeboks and grandma’s Keds. Many inscribe messages on the sneakers in permanent marker — greetings, love poems and life accomplishments.”

According to atlasobscura.com. Source of photos: internet