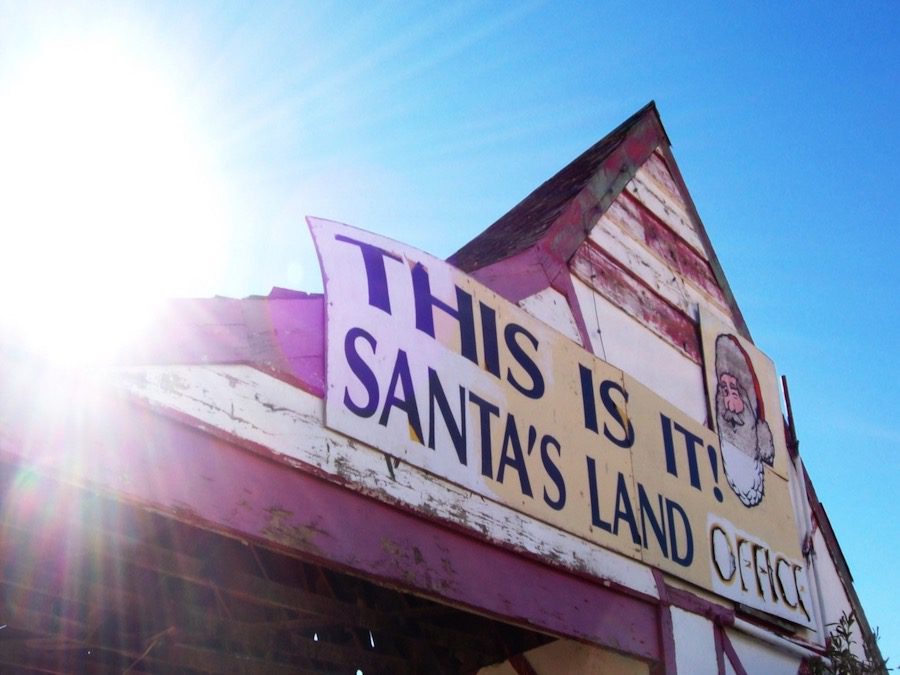 (uskings.us) Once one of the most popular tourists stops off Route 66, Santa Claus, Arizona, is now nothing but a run-down ghost town of holiday-themed attractions inhabited by rattlesnakes, at least according to roadtrippers.com.

Santa Claus (also known as Santa Claus Acres) is an uninhabited desert place in Mohave County, Arizona, United States. Originating in 1937, Santa Claus lies approximately 14 miles (23 km) northwest of Kingman, Arizona, along U.S. Route 93 between mile markers 57 and 58, immediately north of Hermit Drive and just south of both Grasshopper Junction, Arizona, and the Junk Art of Chloride, a group of metal statues in Chloride, Arizona, that include a flamingo made out of a motorcycle gas tank. 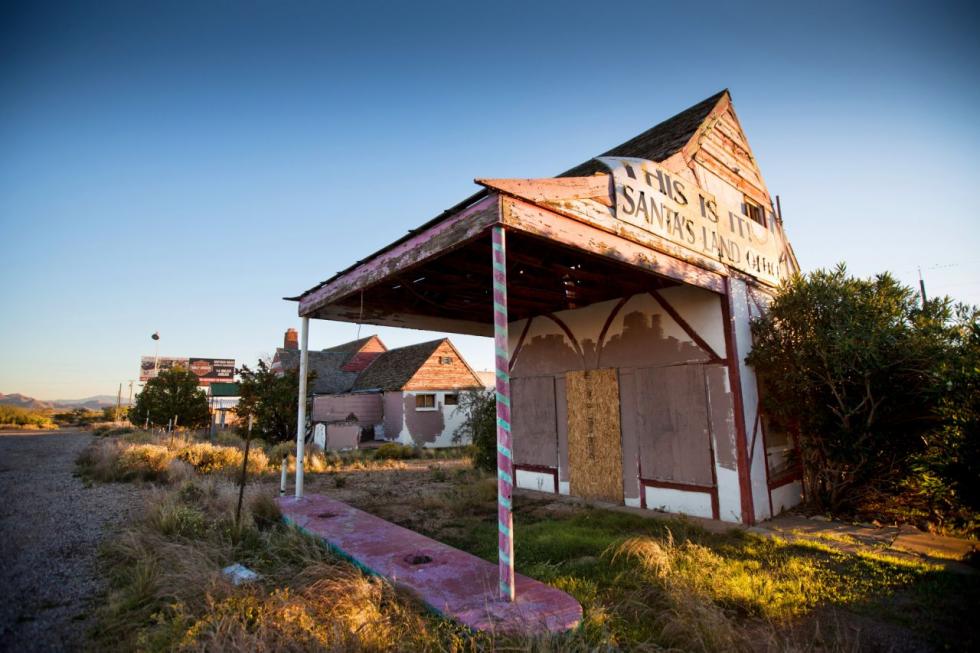 Nina Talbot founded Santa Claus in 1937 with the hopes of creating a tourist destination around the winter holiday. The town’s attractions were open year-round, including Cinderella’s Doll House and the Santa Claus Inn. It was known for its run pie and its post office, where parents would send their kids’ letters to Santa and they would come back postmarked from Saint Nick. The town’s post office became very popular in December as children and parents could receive mail postmarked with the town’s name. 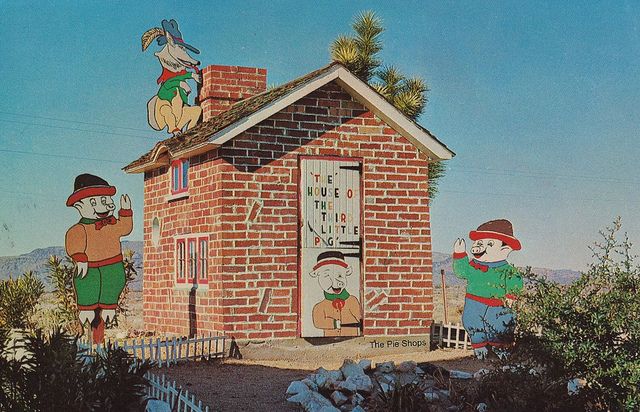 The town did in fact become a popular tourist destination, however no one ever bought land there, and the only people living there were the ones working in the town. Failing to see how she would make her real estate profits, and with the town in decline, Talbot sold Santa Claus in 1949, having failed in her attempt to convince people to move to the desert.

When writer Mark Winegardner visited the area in 1988 for his new book, it had become a sad shadow of its former self with “Styrofoam silver bells, strands of burned-out Christmas lights, and faded plastic likenesses of Old Saint Nick.

According to en.wikipedia; ranker.com and atlasobscura.com. Source of photos: internet