BuzzFeed, Inc. is an American Internet media, news and entertainment company with a focus on digital media. Based in New York City, BuzzFeed was founded in 2006 by Jonah Peretti and John S. Johnson III to focus on tracking viral content. Kenneth Lerer, co-founder and chairman of The Huffington Post, started as a co-founder and investor in BuzzFeed and is now the executive chairman. 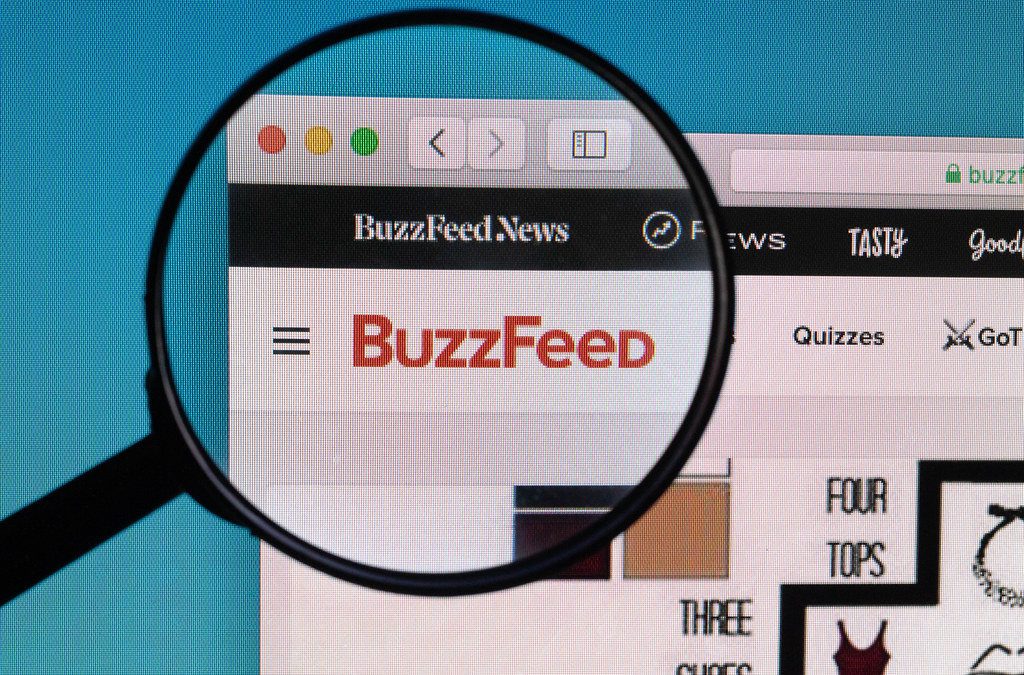 Originally known for online quizzes, “listicles”, and pop culture articles, the company has grown into a global media and technology company, providing coverage on a variety of topics including politics, DIY, animals, and business. After years of investment in investigative journalism, by 2021 BuzzFeed News had won the National Magazine Award, the George Polk Award,and the Pulitzer Prize, and was nominated for the Michael Kelly Award.

BuzzFeed produces daily content, in which the work of staff reporters, contributors, syndicated cartoon artists, and its community are featured. Popular formats on the website include lists, videos, and quizzes. The style of such content inspired the parody website ClickHole. The company’s audience has been described as “left-leaning”. BuzzFeed News has since moved to its own domain rather than existing as a section of the main BuzzFeed website.

According to en.wikipedia entrepreneur.com. Source of photos: internet