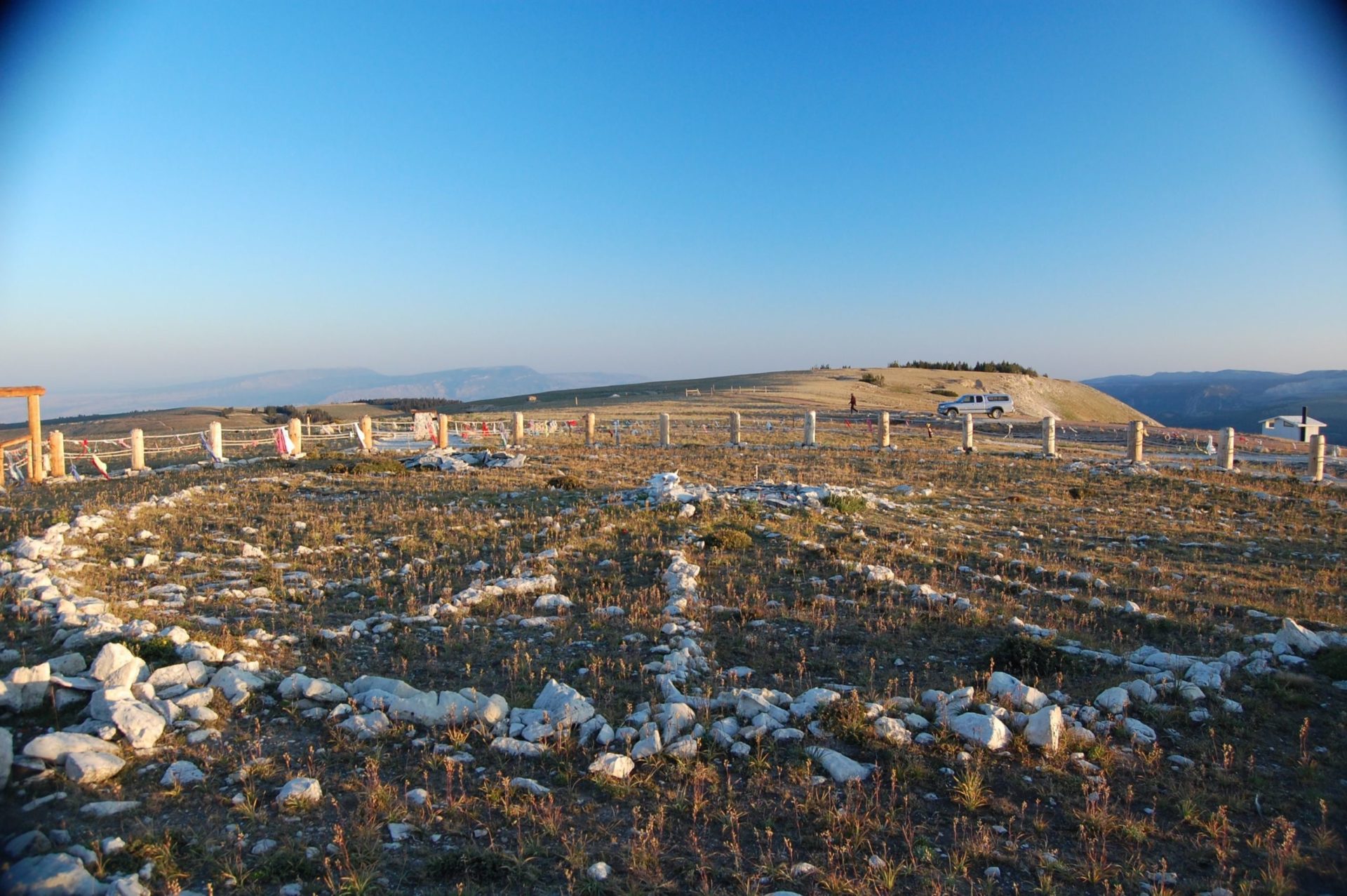 On top of the Bighorn Range in Wyoming, a desolate 9,642 feet high and only reachable during the warm summer months, lies an ancient Native American construction — an 80′ diameter wheel-like pattern made of stones. At the center of the circle is a doughnut-shaped pile of stones, a cairn, connected to the rim by 28 spoke-like lines of stones. Six more stone cairns are arranged around the circle, most large enough to hold a sitting human. The central cairn is about 12 feet in diameter and 2′ high. 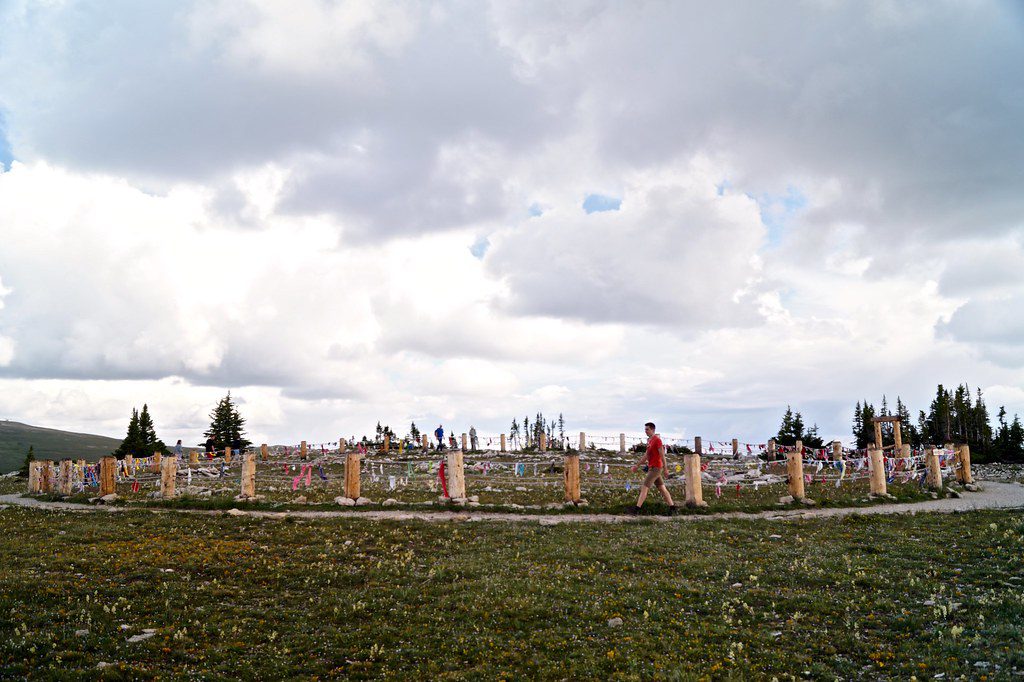 If you stand or sit at one cairn looking towards another, you will be pointed to certain places on the distant horizon. These points indicate where the Sun rises or sets on summer solstice and where certain important stars rise heliacally, that is, first rise at dawn after being behind the Sun. The dawn stars helped foretell when the Sun ceremonial days would be coming. The area is free of snow only for 2 months – around the summer solstice.

The wheel has 28 spokes, the same number used in the roofs of ceremonial buildings such as the Lakota Sundance lodge. These always includes an entrance to the east, facing the rising Sun, and include 28 rafters for the 28 days in the lunar cycle. The number 28 is sacred to some of the Indian tribes because of its significance as the lunar month. In Bighorn’s case, could the special number 28 also refer to the helicial or dawn rising of Rigel 28 days past the Solstice, and Sirius another 28 past that? The wheel was constructed by Plains Indians between 300-800 years ago, and has been used and maintained by various groups since then. The central cairn is the oldest part, with excavations showing it extends below the wheel and has been buried by wind-blown dust. It may have supported a central pole. The star alignments are most accurate for around 1200 AD, since slight changes in the Earth’s orbit have caused perturbations since. The solstice alignments remain accurate today.