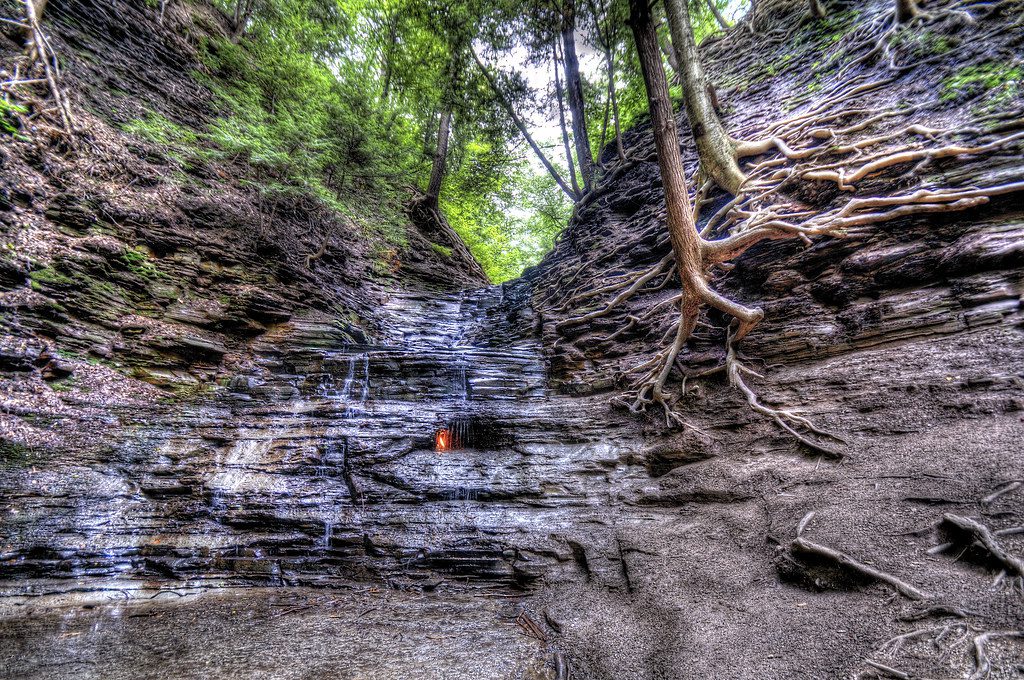 The Eternal Flame Falls is a small waterfall located in the Shale Creek Preserve, a section of Chestnut Ridge Park in Western New York. A small grotto at the waterfall’s base emits natural gas, which can be lit to produce a small flame. This flame is visible nearly year-round, although it can be extinguished and must occasionally be re-lit. 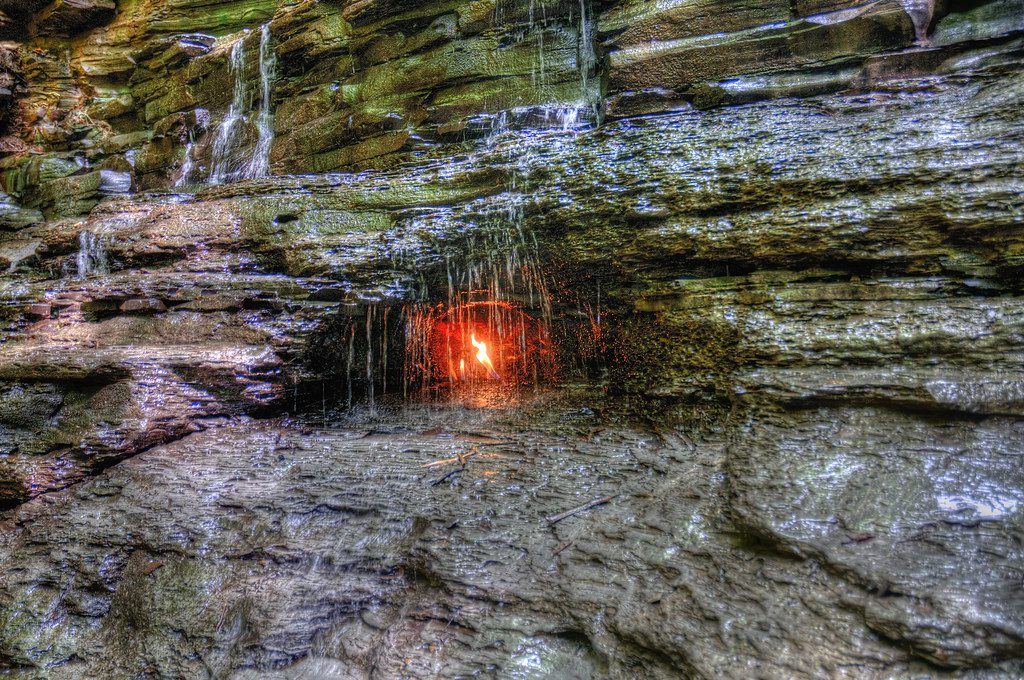 Over the years, many legends have occupied the space regarding the mystery of the falls, however, nothing has been proven scientifically. Initial scientific theories say that the eternal flame was kept alight due to the presence of ancient and extremely hot rocks called shale. However, recent research says that the rocks in the small chamber under the falls are not hot enough to produce such a reaction. They bear the same temperature as a cup of tea. And the shale isn’t as old as it was thought to be. Thus, the shale beneath the waterfall can not produce such a reaction.

For such a phenomenon to occur, the temperature of the rocks has to be near the boiling point of water, or hotter, which in turn breaks down the carbon molecules, thus giving off natural gas and hence the burning flame.

Natural eternal flames occur when gas seeps through the soil, and bacteria eats the methane converting it into carbon dioxide. At the Eternal Flame Falls, the gas is contained and is not converted, leading to an eternal flame.

As you near the fall, a pungent smell fills the air, a result of the natural gas leaks. The gases produced during the decomposition of the organic matter are under high pressure and are pushed out through cracks and loose layers within the rocks.

According to en.wikipedia; thetravel.com; outlookindia.com. Source of photos: internet