In Homestead, Fla., not far from Miami and off the South Dixie Highway, sits a world-famous structure called the Coral Castle. Though not really a castle — and not really made of coral — it is nonetheless an amazing achievement. More than 1,000 tons of the sedimentary rock (oolite limestone) was quarried and sculpted into a variety of shapes, including slab walls, tables, chairs, a crescent moon, a water fountain and a sundial. 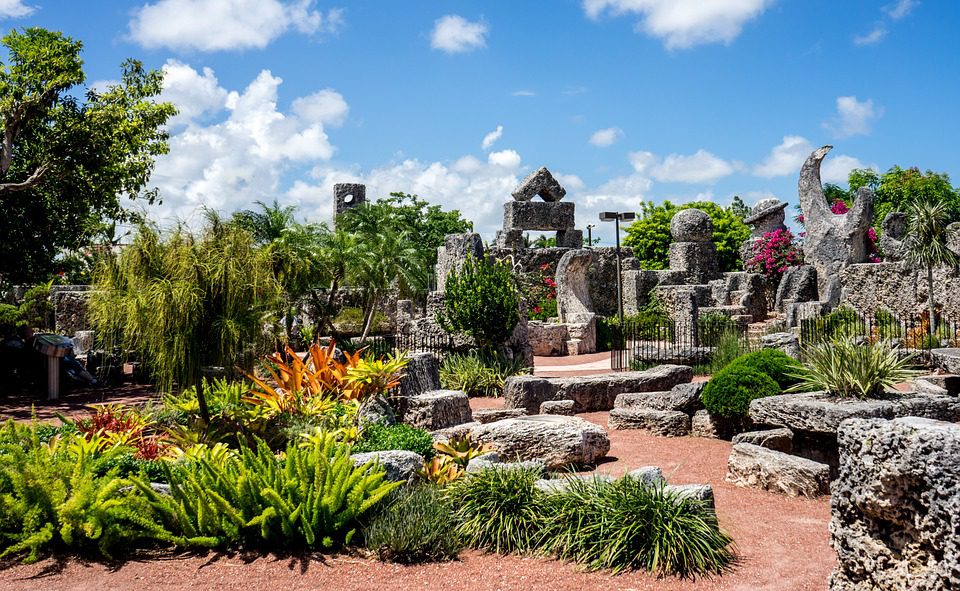 For decades, the park featured a perfectly balanced stone gate that, despite its weight, would easily swing open with a strong breeze or the push of a finger. How it worked remained a mystery until 1986 when it stopped moving. When the gate was removed it was revealed that it rotated on a metal shaft and rested on a truck bearing.

As strange and amazing as the site is, its history is equally improbable. It was created by just one man working alone for 28 years until his death in 1951. He was a Latvian immigrant named Edward Leedskalnin who stood, it is said, 5 feet tall (1.5 meters) and weighed 100 lbs. (45 kilograms). Legend has it that he was inspired to build the structure after being abandoned by his 16-year-old sweetheart on what was to be their wedding day. Spurned by his lost love, he set out to prove to her — and the world — that he could do something remarkable, and make something of himself despite his poverty and fourth-grade education. And he succeeded spectacularly.

Many stories and wild theories emerged over the decades about Leedskalnin and how he built his castle. Some say he levitated the blocks with psychic powers, or by singing to the stones. Others suggest Leedskalnin had arcane knowledge of magnetism and so-called “earth energies.” 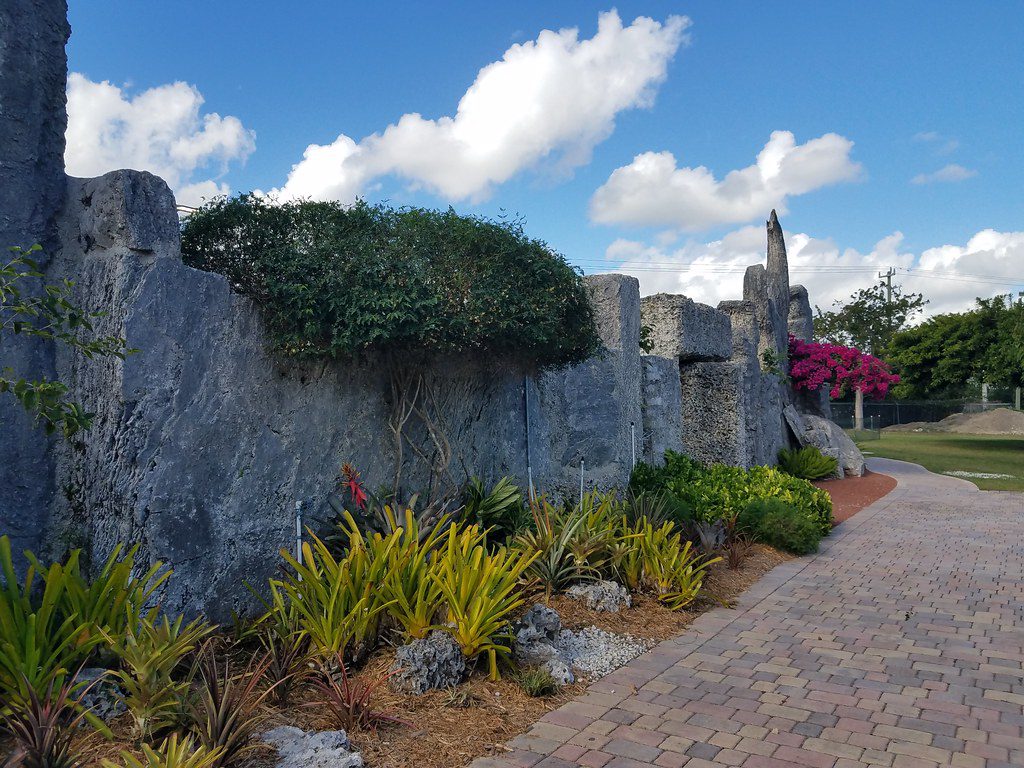 As tempting as it is to view the amazing park through a veil of mystery, in fact, we know how the castle was built. Creating a structure like the Coral Castle today could probably be accomplished in a few months with a construction crew and modern machinery. But Leedskalnin worked alone using basic tools like picks, winches, ropes, and pulleys. Leedskalnin himself said that that he did it using hard work and the principles of leverage. The tools he used to quarry the rock are on display at the Coral Castle, and several old photos depict the large tripods, pulleys, and winches he used to move the blocks. Though the quarried stone slabs are large, they are actually lighter than they appear because the rock is porous.

Though Leedskalnin worked alone, he was not a reclusive hermit; he had friends who he saw often. One man, Orval Irwin, was not only a long-time friend of Leedskalnin’s but also a building contractor with a deep knowledge of construction techniques. Irwin wrote a 1996 book with the inspiring title “Mr. Can’t Is Dead! The Story of the Coral Castle,” and in it, he explains, through photographs, drawings, and schematics, how it was done.

Irwin pours cold water on the paranormal theories that unknown energies, alien technology, or levitation built the castle. In fact, he finds such theories an insult to the hard work and integrity of his friend: “Back in the days when Ed started carving out his original stones,” Irwin writes, “his was a generation who knew accomplishments by the sweat of the brow. It wasn’t mysticism but hard work, this is how Ed really accomplished the massive project….”

According to www.livescience.com. Source of photos: internet