California’s Mount Shasta has been the subject of an unusually large number of myths and legends. In particular, it is often said to hide a secret city beneath its peaks. In some stories, the city is no longer inhabited, while in others, it is inhabited by a technologically advanced society of human beings or mythical creatures. 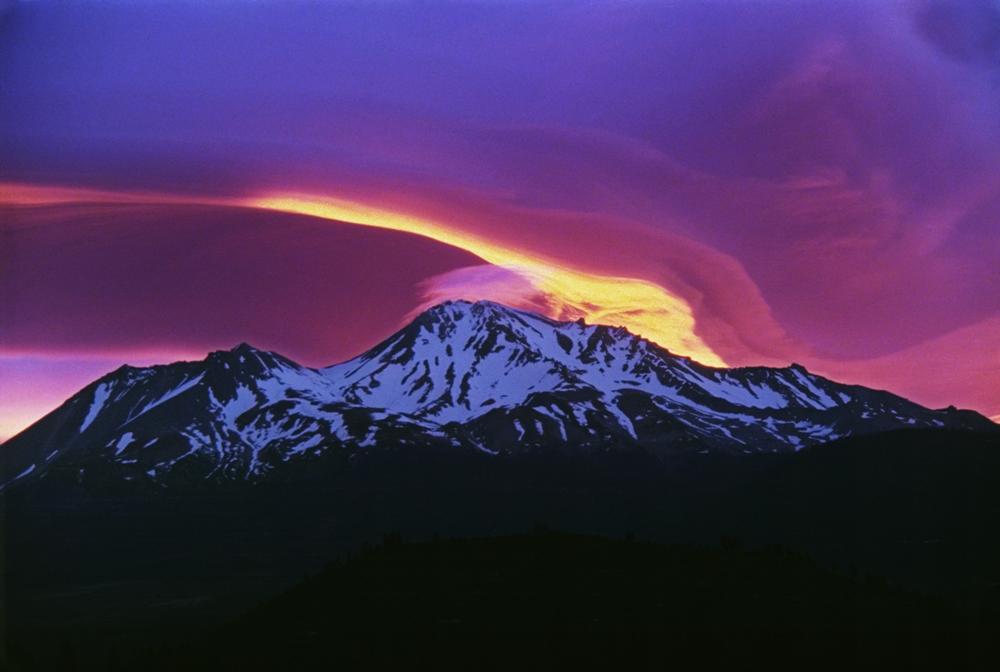 According to local indigenous tribes, namely the Klamath people, Mount Shasta is inhabited by the spirit chief Skell, who descended from heaven to the mountain’s summit. Skell fought with Spirit of the Below-World, Llao, who resided at Mount Mazama, by throwing hot rocks and lava, probably representing the volcanic eruptions at both mountains. Writer Joaquin Miller recorded various related legends in the 1870s.

According to another legend, J. C. Brown was a British prospector who discovered a lost underground city beneath Mt. Shasta in 1904. Brown had been hired by the Lord Cowdray Mining Company of England to prospect for gold, and discovered a cave that sloped downward for 11 miles. In the cave, he found an underground village filled with gold, shields, and mummies, some being up to 10 feet tall.

Thirty years later, he told his story to John C. Root, who proceeded to gather an exploration team in Stockton, California. About 80 people joined the team, but on the day the team was to set out, Brown did not show up. Brown was not heard from again.

Besides, some people claim that they saw the Lemurians – survivors of an ancient super-race that lived on Earth thousands of years ago during the time of Atlantis. There’s even a legend saying that these advanced beings created a hidden city there after they lost their continent.

According to thetravel.com; en.wikipedia.org. Source of photo: internet