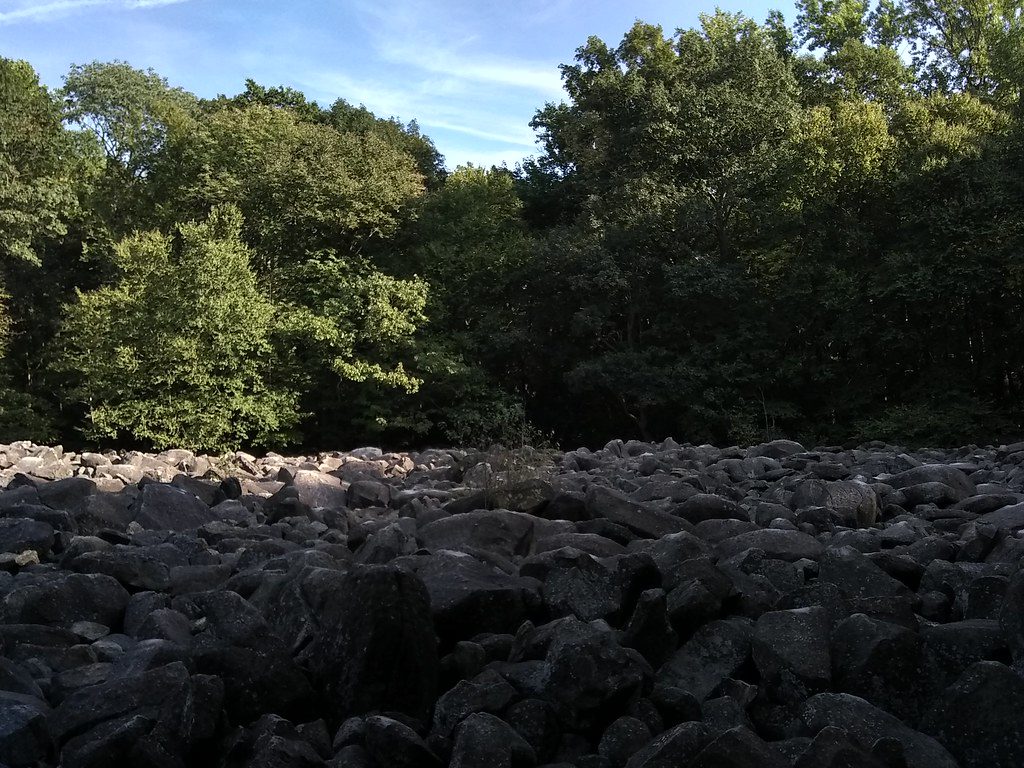 In a clearing in the woods in Bridgeton, there lies a field of rocks. Their appearance doesn’t do too much to arouse curiosity. They’re just scattered across a field. It looks as though several dump trucks rolled up one day and left them there.

However, it’s not the way they appear that attracts tourists, many armed with hammers, to this patch of rocks in Upper Bucks County. It’s the way they sound.

The park is called Ringing Rocks for a reason — when tapped with a hammer, many of these rocks ring out, much like a bell does.These strange patches of rocks are a phenomenon throughout Pennsylvania. There is another Ringing Rocks Park 40 miles away in Pottsgrove, and a massive boulder field at Hickory Run State Park in Carbon County.

The processes that form these boulder fields go back millions of years, said Helen Delano, a senior geologic scientist at the Pennsylvania Geological Survey.

It began almost 200 million years ago, during the Triassic age, when Pennsylvania was part of the supercontinent Pangaea, Delano said. As the land mass that became Africa began to pull away and create the Atlantic Ocean, a sediment-filled basin extending from Adams County to Bucks County formed, she said. The continental rifting created volcanoes that have since eroded, leaving behind layers of rock that oozed out through the sediment and cooled down.

The rocks that formed this way are called diabase, which means “formed by fire.” 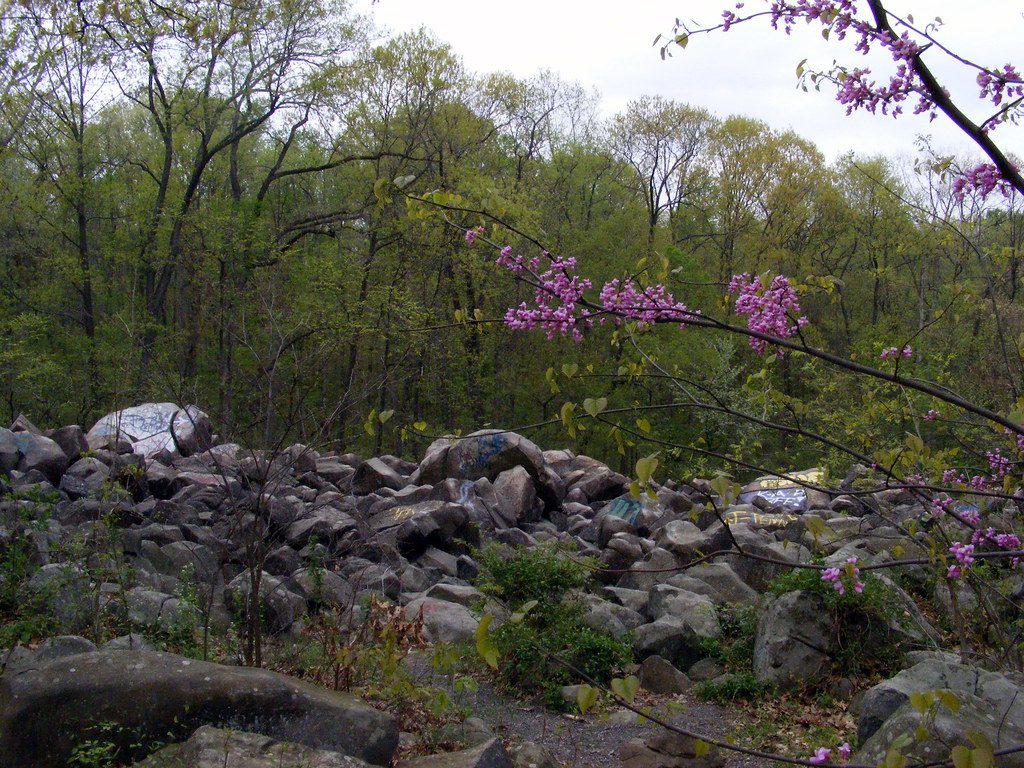 Then came the Ice Age. While ice did not get this far south, Delano said, what is now Bucks County endured intense cold cycles, resulting in the weathering and fracturing of the bedrock, which created boulders. The cold climate also resulted in frozen soil. According to Delano, when the soil partially thawed during the summer months, the ground beneath the now fractured rocks became mud, allowing them to slide around.

Following the Ice Age, temperatures warmed and it began to rain. All of the soil, silt and mud between the rocks was completely washed away, so there is little plant life in the area and nothing holding the rocks together, Delano said.

Delano says the reason the rocks ring remains somewhat of a mystery to scientists, but there are some clues.

According to Bucks County Parks and Recreation documents, it partly has to do with where some rocks in the field are located. The ones around the perimeter of the field, where they are shaded by trees, do not ring. Rocks that are underneath larger ones or anchored in the soil also don’t ring.

This means that the ringing has something to do with the weathering of the rocks, Delano said. The rocks under the trees have been weathered and retain large amounts of moisture, preventing them from ringing.

More sophisticated research on Ringing Rocks has not been done yet, Delano said. Until then, the aura of mystery behind the rocks is enough to entice visitors.