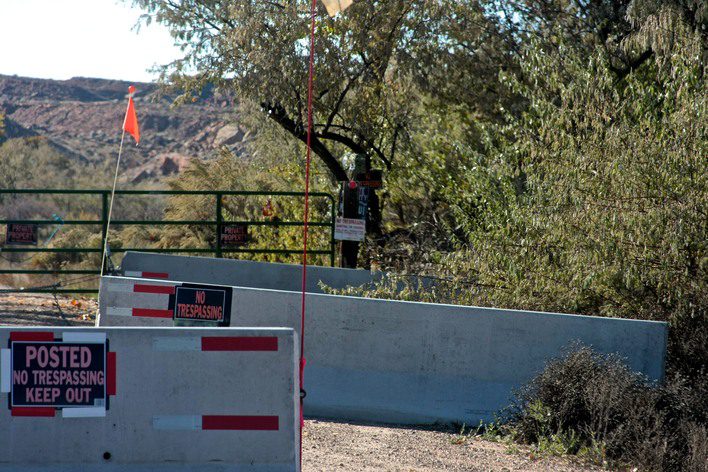 Skinwalker Ranch, also known as Sherman Ranch, is a property located on approximately 512 acres (207 ha) southeast of Ballard, Utah, that is reputed to be the site of paranormal and UFO-related activities. Its name is taken from the skin-walker of Navajo legend concerning vengeful shamans.

Once a family moved to the ranch and soon started noticing a number of bizarre events, from crop circles and strange lights to poltergeist activity and UFO-spottings. They even claim to have seen a gigantic spaceship and 7-foot tall man! Needless to say, they soon left the ranch.

The ranch was popularly dubbed the UFO ranch due to its ostensible 50-year history of odd events said to have taken place there. According to Kelleher and Knapp, they saw or investigated evidence of close to 100 incidents that include vanishing and mutilated cattle, sightings of unidentified flying objects or orbs, large animals with piercing red eyes that they say were unscathed when struck by bullets, and invisible objects emitting destructive magnetic fields. Among those involved were retired US Army Colonel John B. Alexander who characterized the NIDSci effort as an attempt to get hard data using a “standard scientific approach”. However, the investigators admitted to “difficulty obtaining evidence consistent with scientific publication.”

Cattle mutilations have been part of the folklore of the surrounding area for decades. When NIDSci founder billionaire Robert Bigelow purchased the ranch for $200,000, this was reportedly the result of his having been convinced by the stories of mutilations that included tales of strange lights and unusual impressions made in grass and soil told by the family of former ranch owner Terry Sherman.

Now this place is a scientific research center. It’s interesting that even the scientists, who work there, confirm the bizarre claims and say that they also saw UFO and noticed poltergeist activity.

According to en.wikipedia and thetravel.com. Source of photos: internet