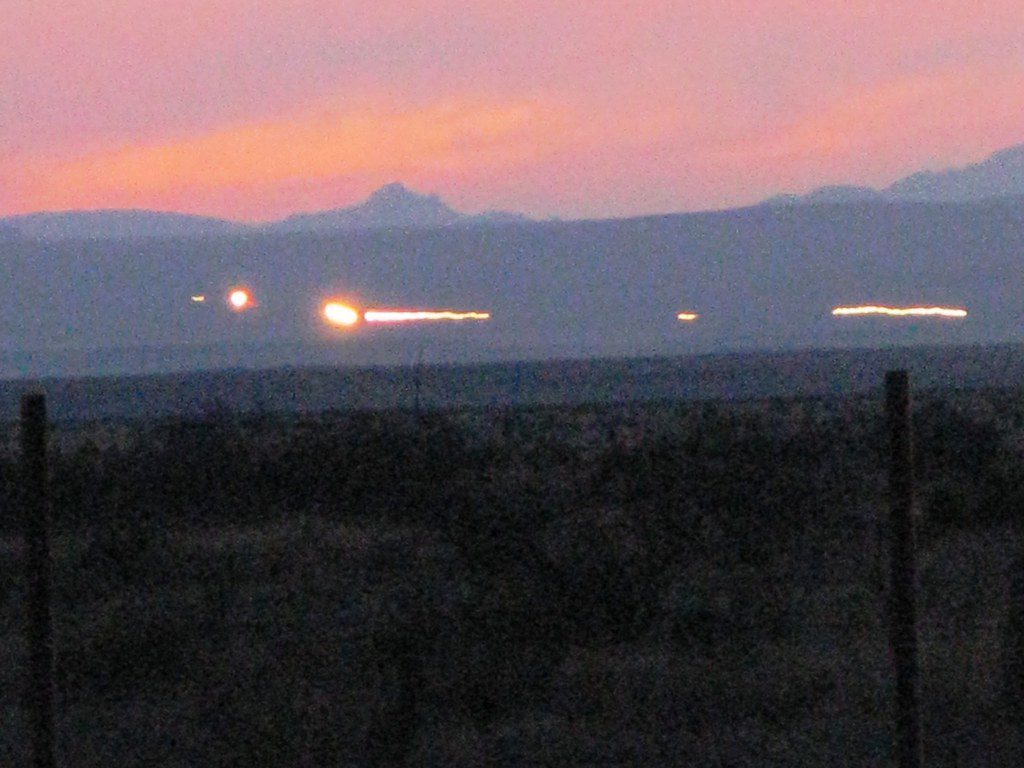 Reportedly, the Marfa Lights hover, merge, twinkle, split into two, flicker, float up into the air, or dart quickly across Mitchell Flat (the area east of Marfa where they’re most commonly reported). There seems to be no way to predict when the lights will appear; they’re seen in various weather conditions, but only a dozen or so nights a year. And nobody knows for sure what they are — or if they really even exist at all.

The first mention of the lights comes from 1883, when cowhand Robert Reed Ellison claimed to have seen flickering lights one evening while driving a herd of cattle near Mitchell Flat. He assumed the lights were from Apache campfires. Ellison was told by area settlers that they often saw the lights, too, but upon investigation, they found no ashes or other evidence of a campfire, according to the Texas State Historical Association.

During World War II, pilots from nearby Midland Army Air Field tried to locate the source of the mysterious lights, but were unable to discover anything.

Lovers of the paranormal have attributed the Marfa Lights to everything from space aliens to the wandering ghosts of Spanish conquistadors.

Academics, too, have tried to offer a scientific explanation for the enigmatic lights. A group of physics students from the University of Texas at Dallas concluded that headlights from vehicles on nearby U.S. Highway 67 could explain at least some of the reported sightings of the Marfa Lights.

Another possible explanation is the refraction of light caused by layers of air at different temperatures. This optical illusion, sometimes called a superior mirage or a “Fata Morgana,” according to Skeptoid.com, occurs when a layer of calm, warm air rests above a layer of cooler air.

A Fata Morgana is sometimes seen in the ocean, causing a ship to appear to float above the horizon. The temperature gradients needed to produce this optical effect are common in the West Texas desert. 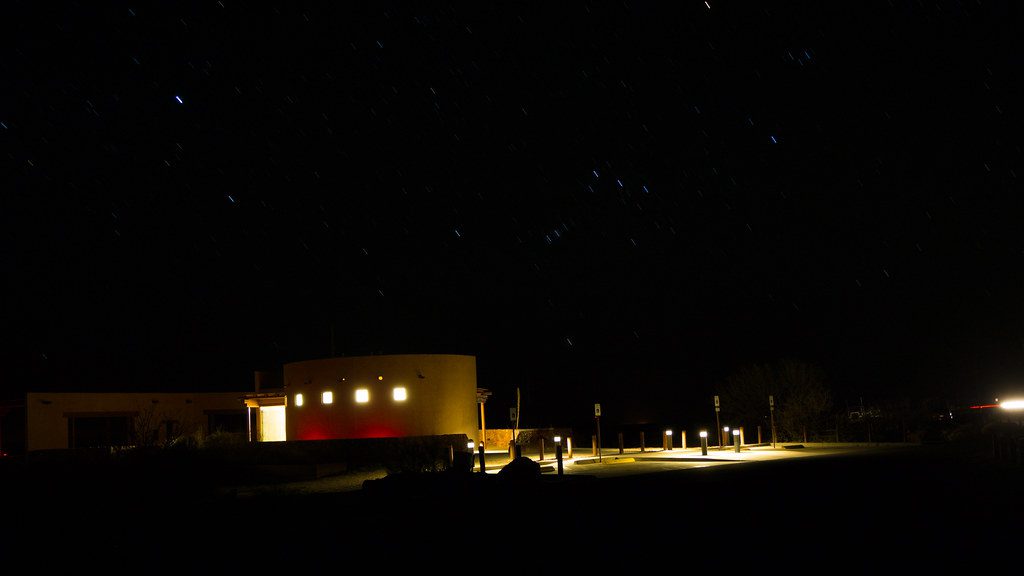 “I just got lucky,” Bunnell told the Chronicle. “The lights are rare, but I got one of the really good displays.”

Bunnell believes the Marfa Lights are the result of the igneous rock under Mitchell Flat that creates a piezoelectric charge (i.e., electricity produced under pressure by solid matter such as minerals, crystals or ceramics).

Karl Stephan, an engineering professor at Texas State University, has considered Bunnell’s hypothesis, but hasn’t endorsed it. “It may be geological activity that creates electrical activity, but it’s all speculation at this point,” Stephan told the Chronicle. “There are no proven facts.”

According to www.livescience.com. Source of photos: internet