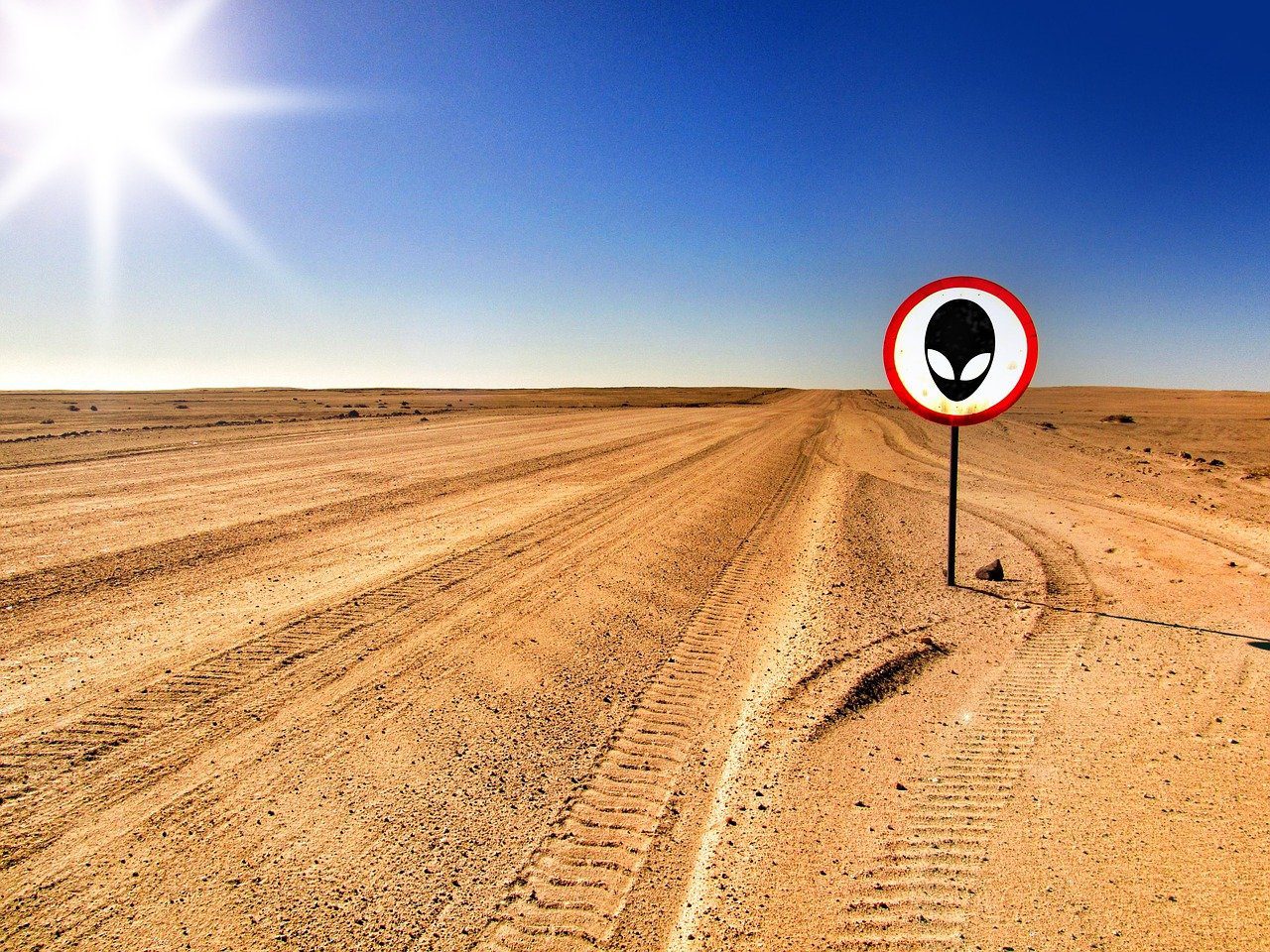 In the middle of the barren Nevada desert, there’s a dusty unmarked road that leads to the front gate of Area 51. It’s protected by little more than a chain link fence, a boom gate, and intimidating trespassing signs. One would think that America’s much mythicized top secret military base would be under closer guard, but make no mistake. They are watching.

Beyond the gate, cameras see every angle. On the distant hilltop, there’s a white pickup truck with a tinted windshield peering down on everything below. Locals says the base knows every desert tortoise and jackrabbit that hops the fence. Others claim there are embedded sensors in the approaching road. What exactly goes on inside of Area 51 has led to decades of wild speculation. There are, of course, the alien conspiracies that galactic visitors are tucked away somewhere inside. One of the more colorful rumors insists the infamous 1947 Roswell crash was actually a Soviet aircraft piloted by mutated midgets and the wreckage remains on the grounds of Area 51. Some even believe that the U.S. government filmed the 1969 moon landing in one of the base’s hangars.

For all the myths and legends, what’s true is that Area 51 is very real—and still very active. There may not be aliens or a moon landing movie set inside those fences, but something is going on and only a select few are privy to what’s happening further down that closely-monitored wind-swept Nevada road.

“The forbidden aspect of Area 51 is what makes people want to know what’s there,” says aerospace historian and author Peter Merlin who’s been researching Area 51 for more than three decades. Today, Area 51 is still very much in use. According to Google Earth, new construction and expansions are continuously happening. On most early mornings, eagle-eyed visitors can spot strange lights in the sky moving up and down. No, it’s not a UFO. It’s actually the semi-secret contract commuter airline using the call-sign “Janet” that transports workers from Las Vegas’s McCarran Airport to the base.

As for what’s happening these days in America’s most secretive military base, few know for sure. Merlin has some educated guesses, including improved stealth technology, advanced weapons, electronic warfare systems and, in particular, unmanned aerial vehicles.

While the lore around Area 51 may be nothing more than imaginative fiction, that won’t stop people from gawking just beyond those chain link fences. “At the most basic level, anytime you have something secret or forbidden, it’s human nature,” says Merlin. “You want to find out what it is.”

According to popularmechanics.com. Source of photos: internet