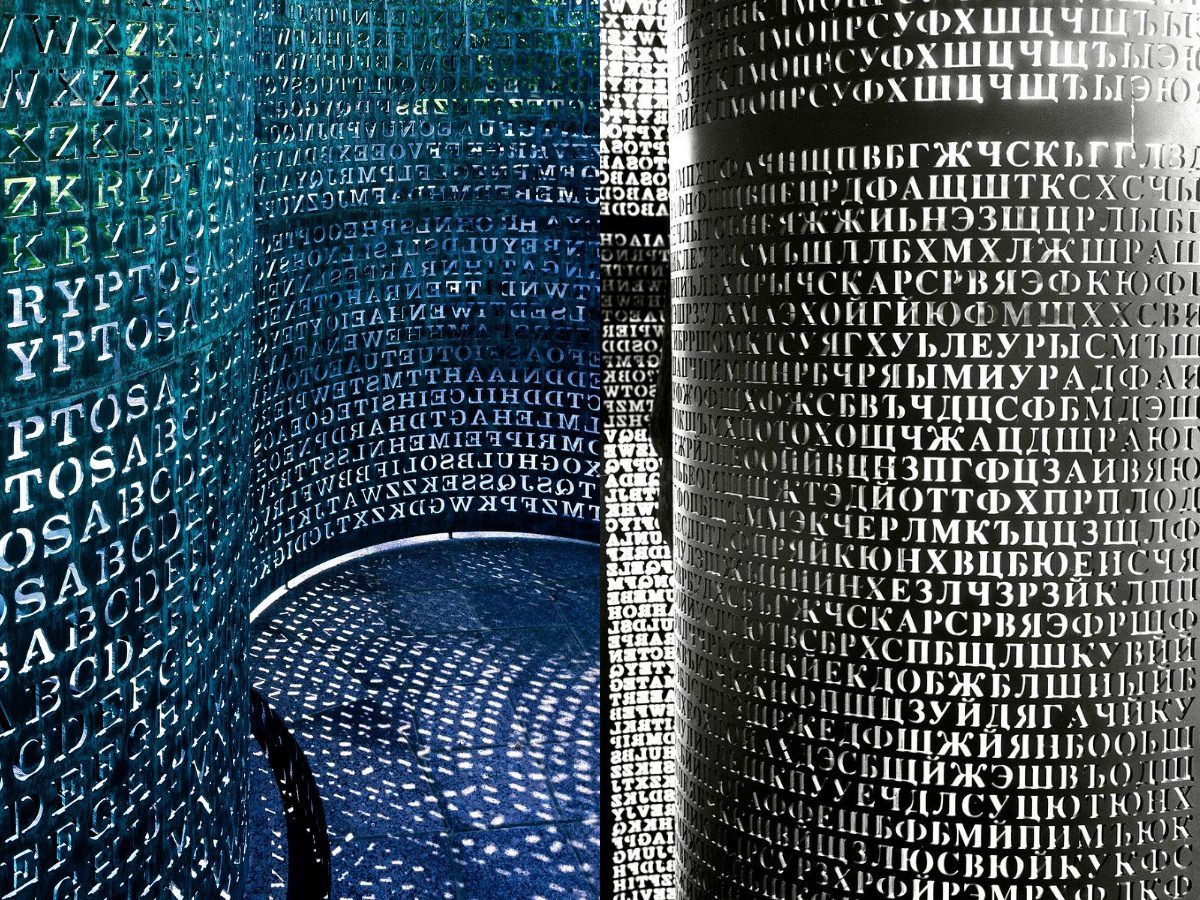 Kryptos is a sculpture by the American artist Jim Sanborn located on the grounds of the Central Intelligence Agency (CIA) in Langley, Virginia. Since its dedication on November 3, 1990, there has been much speculation about the meaning of the four encrypted messages it bears. Of these four messages, the first three have been solved, while the fourth message remains one of the most famous unsolved codes in the world. The sculpture continues to be of interest to cryptanalysts, both amateur and professional, who are attempting to decipher the fourth passage. The artist has so far given four clues to this passage. 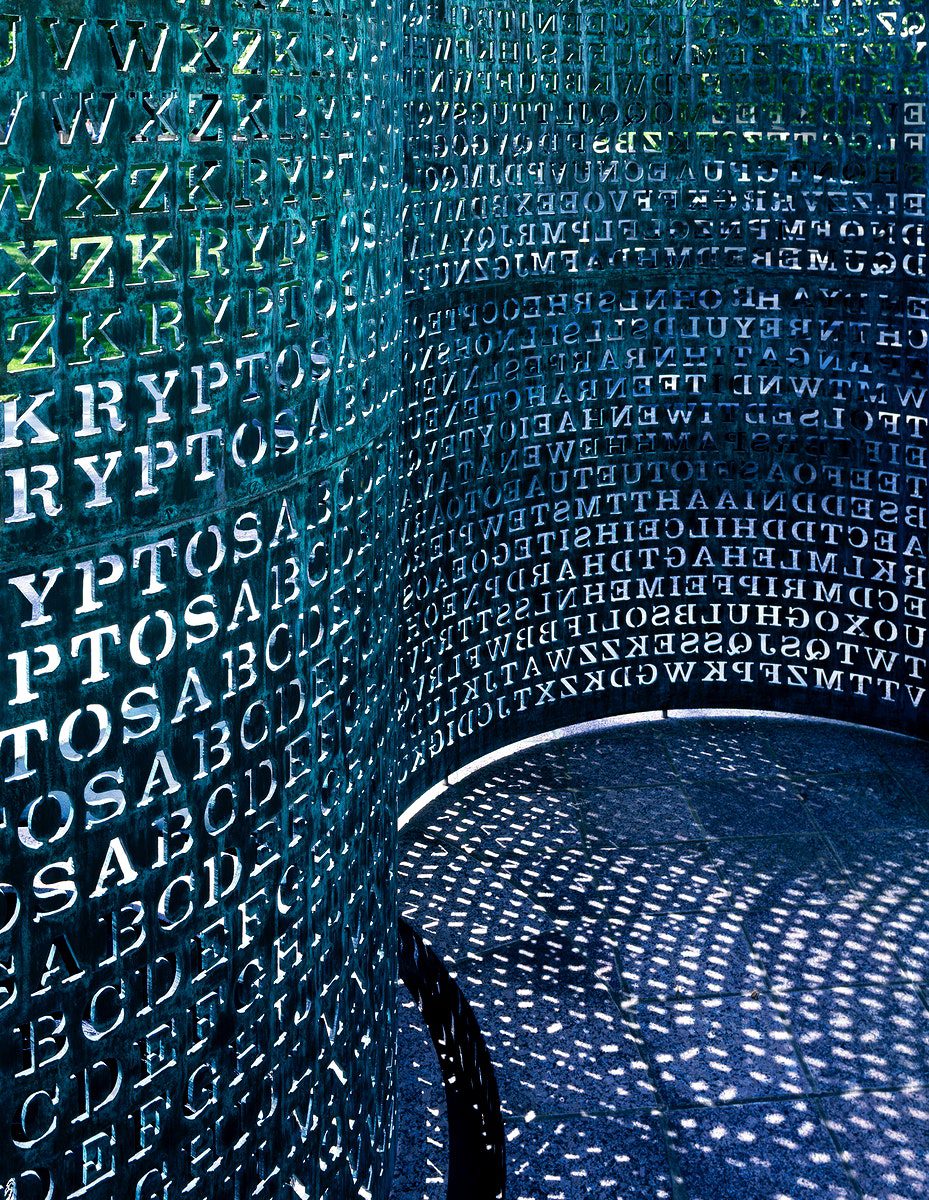 The main part of the sculpture is located in the northwest corner of the New Headquarters Building courtyard, outside of the Agency’s cafeteria. The sculpture comprises four large copper plates with other elements consisting of water, wood, plants, red and green granite, white quartz, and petrified wood. The most prominent feature is a large vertical S-shaped copper screen resembling a scroll or a piece of paper emerging from a computer printer, half of which consists of encrypted text. The characters are all found within the 26 letters of the Latin alphabet, along with question marks, and are cut out of the copper plates. The main sculpture contains four separate enigmatic messages, three of which have been deciphered.

In addition to the main part of the sculpture, Jim Sanborn also placed other pieces of art at the CIA grounds, such as several large granite slabs with sandwiched copper sheets outside the entrance to the New Headquarters Building. Several morse code messages are found on these copper sheets, and one of the stone slabs has an engraving of a compass rose pointing to a lodestone. Other elements of Sanborn’s installation include a landscaped garden area, a fish pond with opposing wooden benches, a reflecting pool, and other pieces of stone including a triangle shaped black stone slab.

The name Kryptos comes from the ancient Greek word for “hidden”, and the theme of the sculpture is “Intelligence Gathering”. 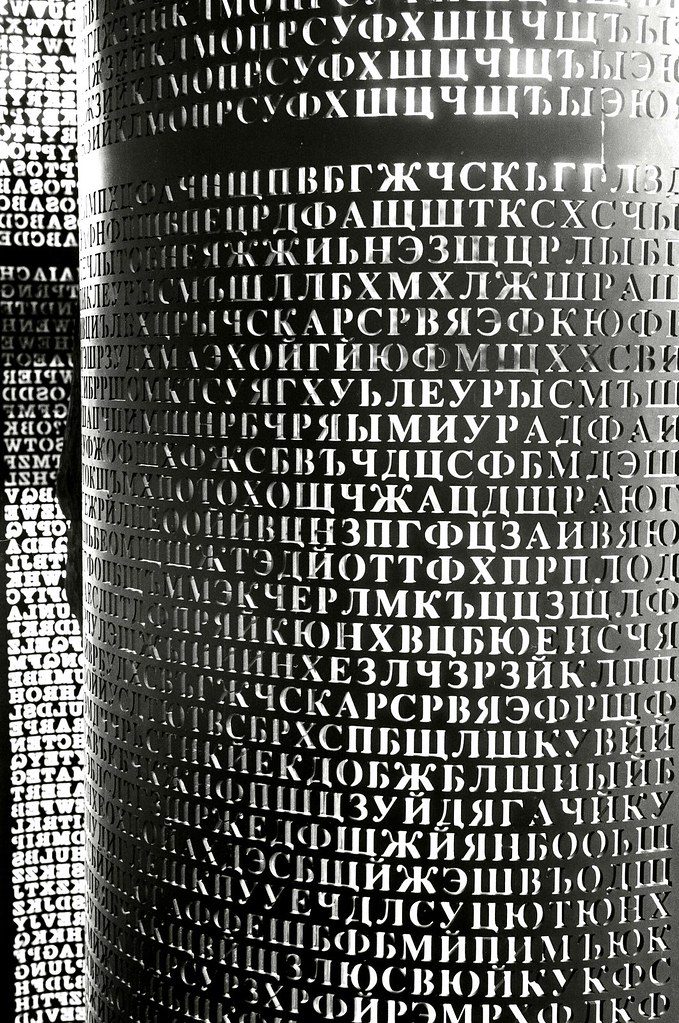 The first message reads: “Between subtle shading and the absence of light lies the nuance of iqlusion.”

“Iqlusion” isn’t a typo. Sanborn intentionally misspelled the word “illusion.” It was his way of throwing people off.

The second message, which also contains a misspelling, shares latitude and longitude coordinates for the CIA, hints something is buried there and references “WW.”

The initials are a nod to William Webster. He was the head of the CIA in 1990 when Kryptos was installed.

So, what does all this mean?

That’s still a mystery. We’ll be a step closer when someone finally cracks the code behind the fourth message.

There are many who think they have, but according to Sanborn, no one has yet.

According to edition.cnn.com; en.wikipedia. Source of photos: internet