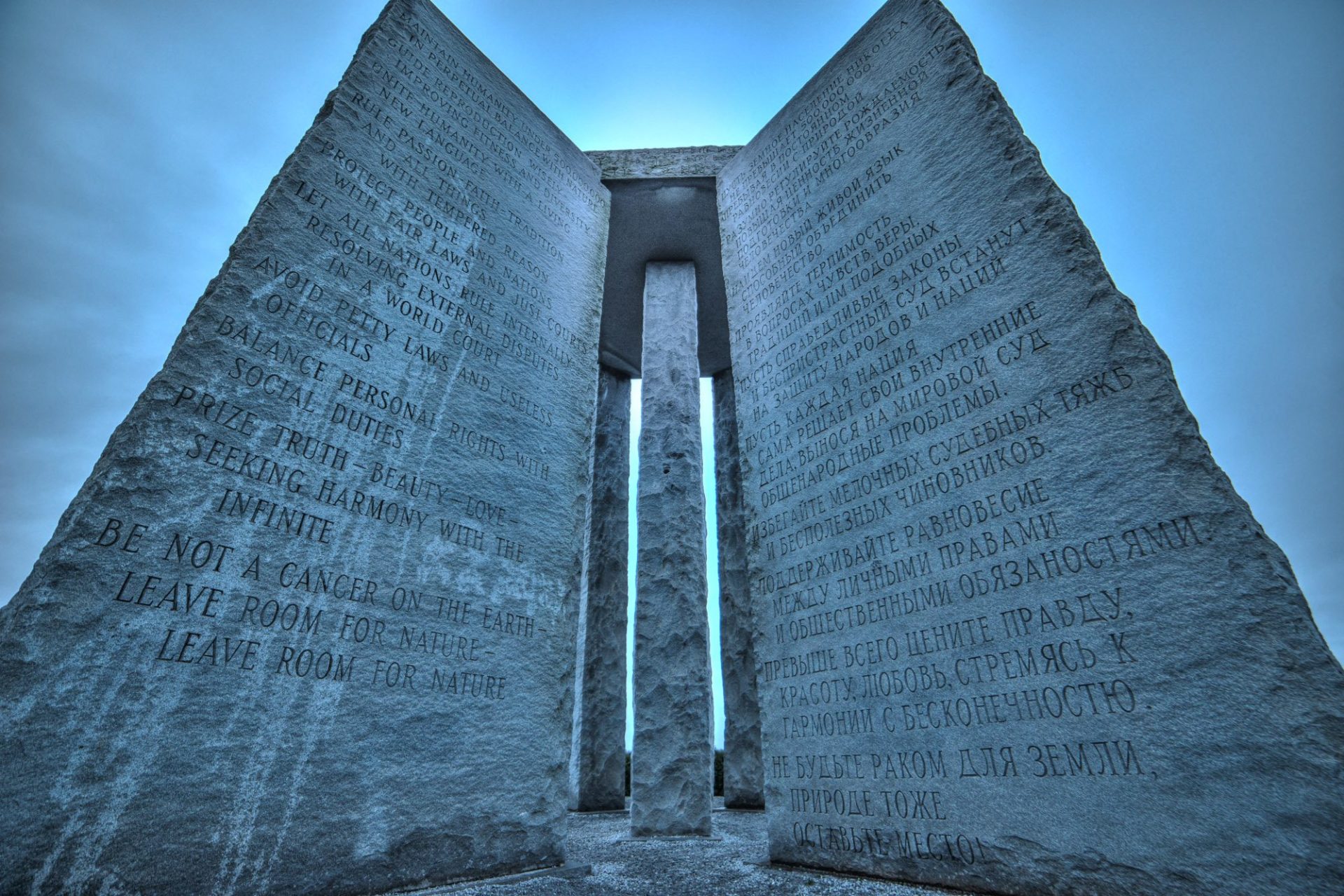 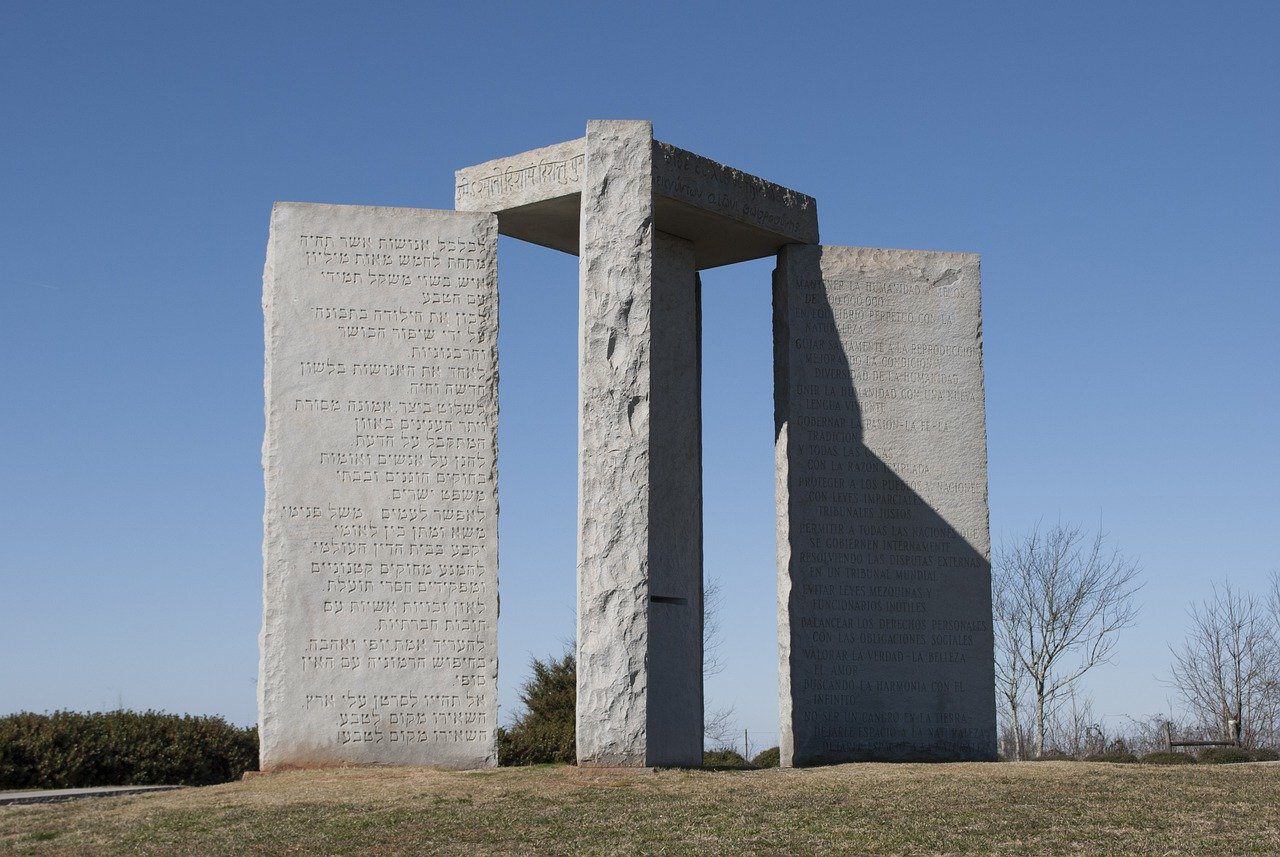 One slab stands in the center, with four arranged around it. A capstone lies on top of the five slabs, which are astronomically aligned. An additional stone tablet, which is set in the ground a short distance to the west of the structure, provides some notes on the history and purpose of the guidestones. The structure is sometimes referred to as an “American Stonehenge”. The monument is 5.87 m tall, made from six granite slabs weighing 107,840 kg in all. The anonymity of the guidestones’ authors and their apparent advocacy of population control, eugenics, and internationalism have made them an object of controversy and conspiracy theories. In 1979, Robert C. Christian proposed his project to the Elbert Granite Finishing Company. This project was named the Georgia Guidestones and it was to become one of the most mysterious sites in the USA. The company built everything as Christian wanted and now the main structure consists of four large granite slabs, standing erect around the fifth granite slab. Inscriptions are made on each one of the eight granite faces and they feature 10 Guidelines for the Age of Reason written in different languages in each one of the faces. The eight languages represented are English, Spanish, Swahili, Hebrew, Hindi, Chinese, Arabic, and Russian.

Right after the structure was completed, Christian disappeared and left us puzzled about the purpose of his creation and about his own true identity.

According to thetravel.com; en.wikipedia. Source of photos: internet