EAA AirVenture Oshkosh (formerly the EAA Annual Convention and Fly-In) is an annual air show and gathering of aviation enthusiasts held each summer at Wittman Regional Airport and adjacent Pioneer Airport in Oshkosh, Wisconsin, United States. The southern part of the show grounds, as well as Camp Scholler, are located in the town of Nekimi and a base for seaplanes arrivals on Lake Winnebago is in Black Wolf. The airshow is arranged by the Experimental Aircraft Association (EAA), an international general aviation organization based in Oshkosh, and is the largest of its kind in the world. 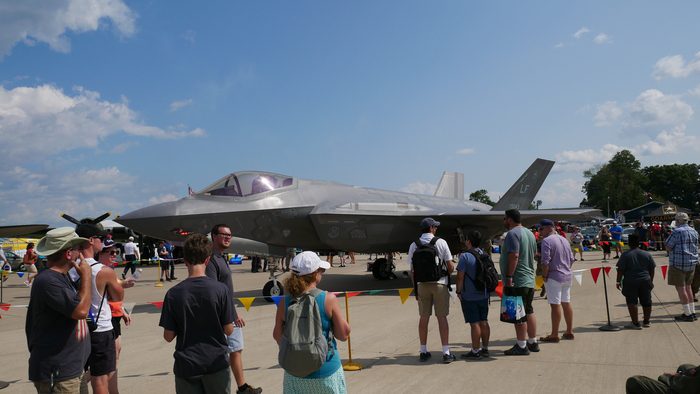 EAA was founded in Hales Corners, Wisconsin in 1953 by Paul Poberezny, who originally started the organization in the basement of his home for builders and restorers of recreational aircraft. Although homebuilding is still a large part of the organization’s activities, it has grown to include almost every aspect of recreational, commercial and military aviation, as well as aeronautics and astronautics.

The first EAA fly-in was held in September 1953 at what is now Timmerman Field as a small part of the Milwaukee Air Pageant, fewer than 150 people registered as visitors the first year and only a handful of airplanes attended the event. In 1959, the EAA fly-in grew too large for the Air Pageant and moved to Rockford, Illinois. In 1970, when it outgrew its facilities at the Rockford airport (now Chicago Rockford International Airport), it moved to Oshkosh, Wisconsin.