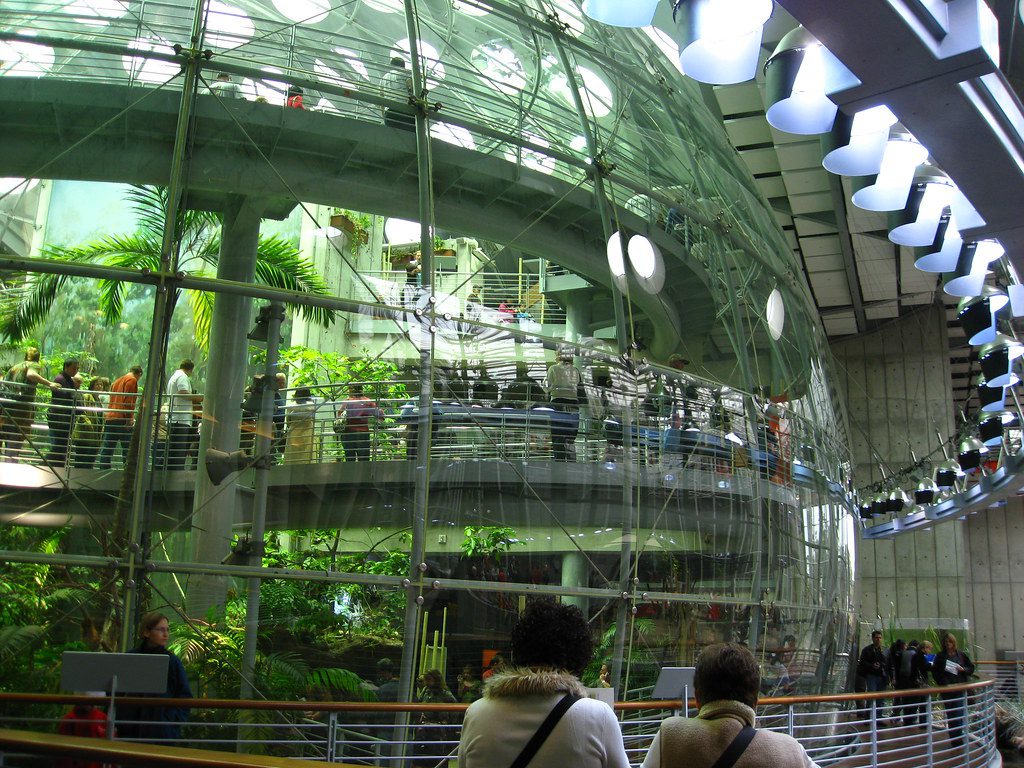 CAS’s 2.5-acre undulating greenroof sits 35 feet in the air plant with a variety of over 50 native wildflowers and other species. The San Francisco-based Bernard Osher Foundation made a $20 million donation to the new Academy project in support of the living roof and the four-story Osher Rainforest exhibit. 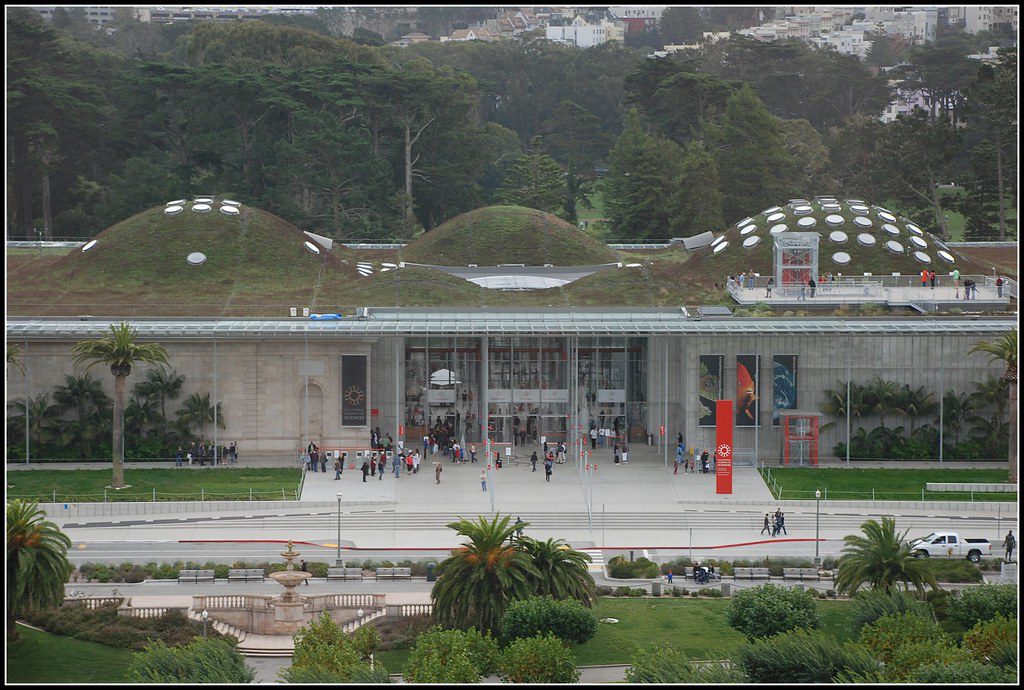 Designed by Renzo Piano Building Workshop (RPBW) along with a slew of other professionals, a single building beneath the new 2.5-acre living roof measures 410,000 sf and houses the academy components that once stretched across 12 structures. The key elements are the new iterations of the Morrison Planetarium, Kimball Natural History Museum and Steinhart Aquarium. Also included are eight scientific research departments, an indoor rainforest, and a coral reef exhibit with some 4,000 fish in a 212,000-gallon tank that the academy says is the deepest living display of its kind. 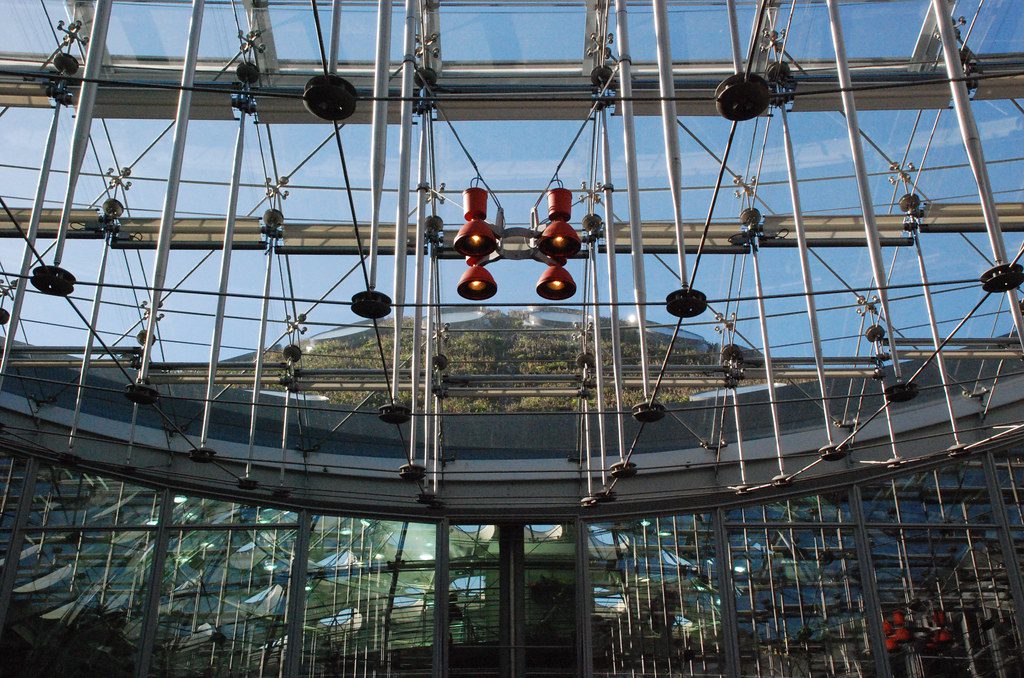 Rana Creek Living Architecture worked with Renzo Piano Building Workshop, Chong and Partners Architecture, SWA Group, ARUP Engineering, and the Academy to design the living roof with seven dramatic hills and four steeply sloped domes, replicating the surrounding rolling hills. Because the hills are as steep as 60 degrees at some points, extensive testing was done to ensure a successful planting palette. The mounds on the roof are dotted with circular skylights fitted with heat sensors, and the skylights open to further cool the building when a certain temperature is reached. The two main domes cover the planetarium and rainforest exhibitions. An open-air observation terrace enables visitors to get a close-up look at the roof’s lush canopy of plants.

The new building has maintained the same position and orientation as the original; all the functions are positioned around a central courtyard which acts as entrance lobby and the connection point to the collections. Covered by a concave glass canopy with a reticular structure reminiscent of a spider’s web, the central courtyard is open at the center.

Surrounding the Living Roof is a large glass canopy with a decorative band of 60,000 photovoltaic cells contained between two glass panels. These solar panels generate approximately 213,000 kilowatt-hours of energy per year and provide up to 10% of the California Academy of Sciences’ electricity needs. The use of solar power is expected to prevent the release of 405,000 pounds of greenhouse gas emissions into the air. The green roof keeps interior temperatures about 10° F cooler and reduces low-frequency noise by 40 dB.

According to greenroofs.com. Source of photos: internet