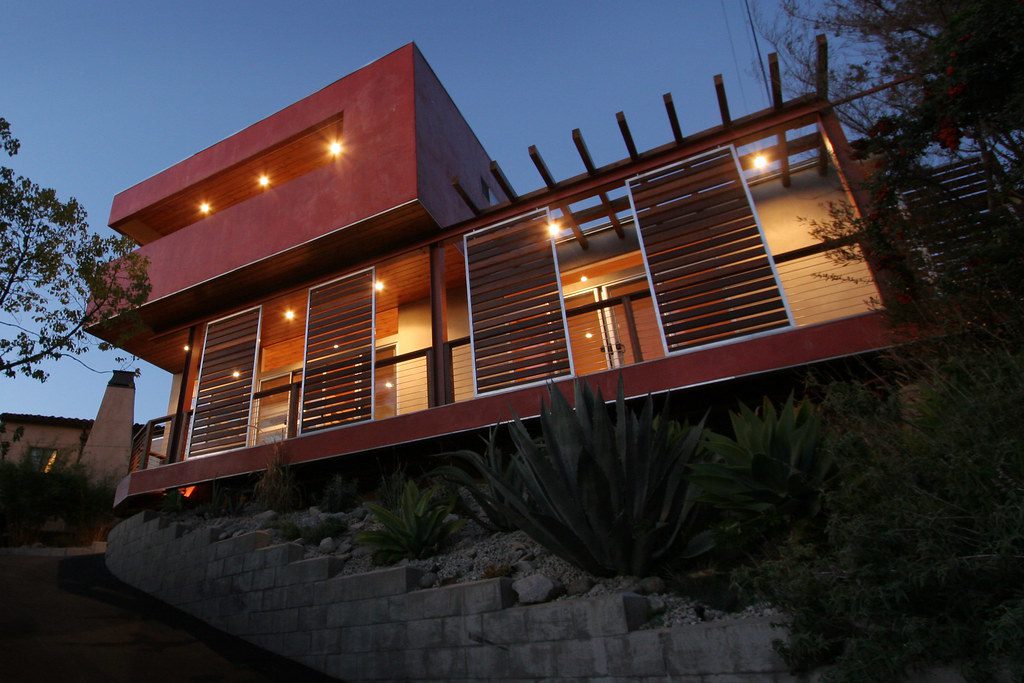 The Caterpillar House is located in the Santa Lucia Preserve, a private development near Carmel – a town situated along the Pacific Coast. Only 10 per cent of the 20,000-acre (8,094-hectare) estate is targeted for construction, with the rest designated for land conservation.

The design team sought to emphasise a connection to the terrain, which features rolling hills blanketed with native grasses and dotted with trees. The client had an appreciation for modern architecture after having lived in a house designed by Cliff May, a self-taught architect who helped pioneer the California ranch style in the mid-20th century.

The team sought to create a contemporary residence that embraced the ideals of ranch-style architecture, including low and horizontal massing, an open plan with a strong connection to the outdoors, and an informal main living zone.

For a sloping site, the team conceived a building that stretches from west to east, with a plan that is shaped like a caterpillar. The low-lying building is topped with an angled, overhanging roof, which helps shade facades made of glass and rammed earth. Dirt excavated from the site during construction was used to form the earthen walls.

Floor-to-ceiling glazing brings in natural light while also providing views of the landscape and sky. In the main living area, sliding glass walls help eliminate the boundary between inside and out. On the south, the living zone opens onto a generous patio with retractable sunshades.

“The glazing, natural ventilation and operable shading act as a passive heating and cooling system,” the team said.

Additional sustainable elements include integrated photovoltaic panels that help meet the home’s energy requirements, and three large tanks that store rainwater, which is used to irrigate the property. The Caterpillar House was the first home along California’s Central Coast to earn LEED Platinum certification from the US Green Building Council, according to the firm.

According to dezeen.com. Source of photo: internet