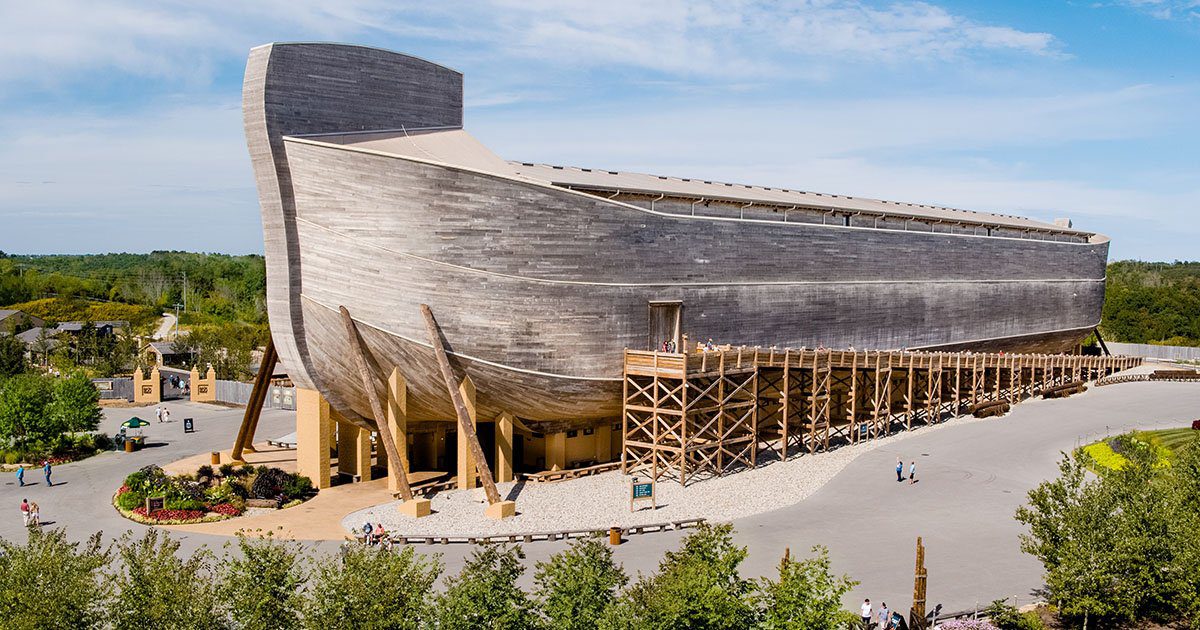 After feasibility studies projected that the park would be a boon to the state’s tourism industry, the Ark Encounter received tax incentives from the city, county, and state to induce its construction. This drew criticism from groups concerned with the separation of church and state. A dispute over AiG’s hiring practices was adjudicated in U.S. federal court, which found in 2016 that the organization could require Ark Encounter employees to sign a statement of faith as a condition of their employment, prompting criticism of the park’s discriminatory hiring practices.

The ark contains 132 bays, each standing about 18 feet (5.5 m) high, arranged into three decks. Visitors enter on the lowest deck and move between decks on ramps constructed through the center of the ark. Bays on the first deck contain models of some animals that AiG believes could have been on the ark; there are no live animals within the exhibit though there is a petting zoo on the grounds.The models are meant to represent “kinds” of animals, which AiG says gave rise to modern animals after the flood. Prior to the Ark’s opening, media outlets reported it would feature models of dinosaurs and “Biblical unicorns”. 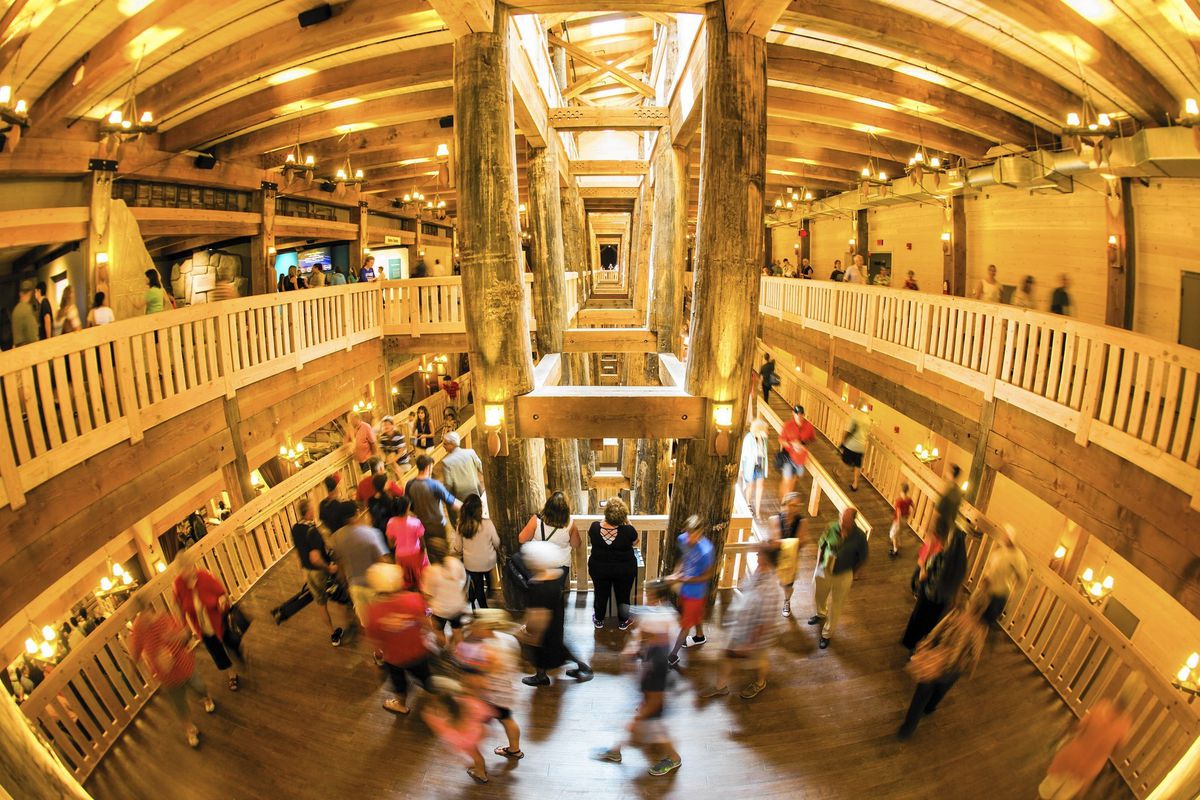 The second deck contains more animal models, along with dioramas of Noah’s workshop and a blacksmith. Bays on the third deck contain displays presenting what AiG believes might have happened inside and outside the ark during the flood. Displays in three of the bays include artifacts from the Green Collection and promote the Museum of the Bible, a Washington, D.C. attraction constructed by the Green family, who donated to the Ark Encounter’s construction. RoadsideAmerica.com rated the displays depicting the sinful state of the world before the flood, including a priest sacrificing an infant to an unnamed snake god and people fighting a giant and a dinosaur in a gladiatorial arena, as among the most memorable exhibits in the attraction.