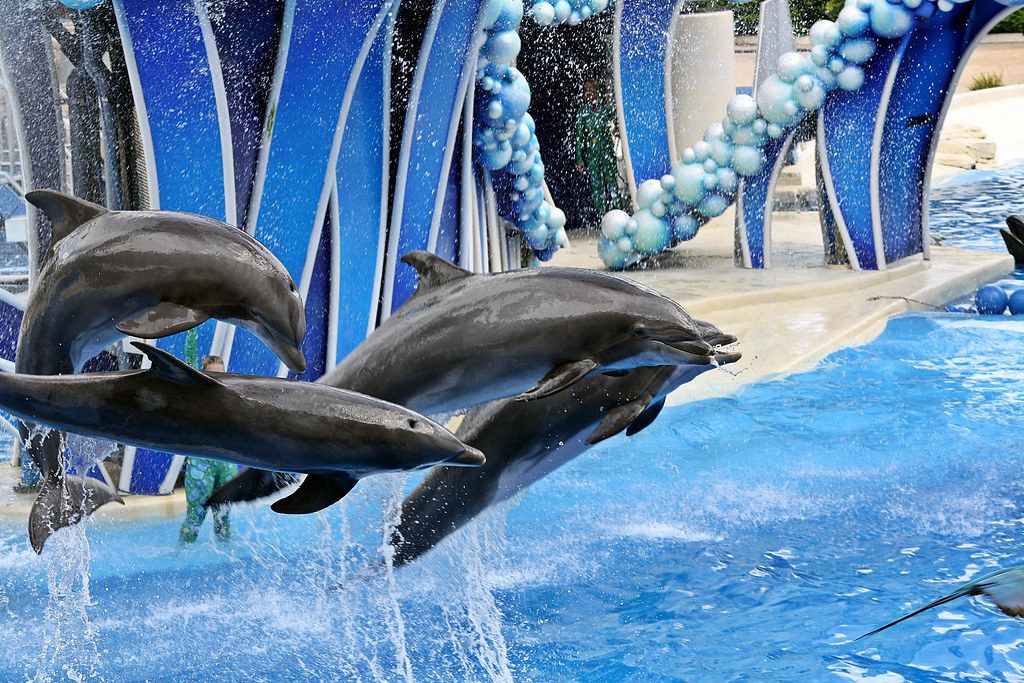 SeaWorld has weathered its fair share of controversy in recent years, which has kept some visitors away. But if you do head to the Orlando park, you’ll find shows that aim to educate guests about dolphins, orcas, and other aquatic life. In addition to its signature animal attractions, the park also offers up plenty of thrill rides, from the tallest, fastest, and longest roller coaster in Orlando to a new river raft ride with the world’s tallest drop. 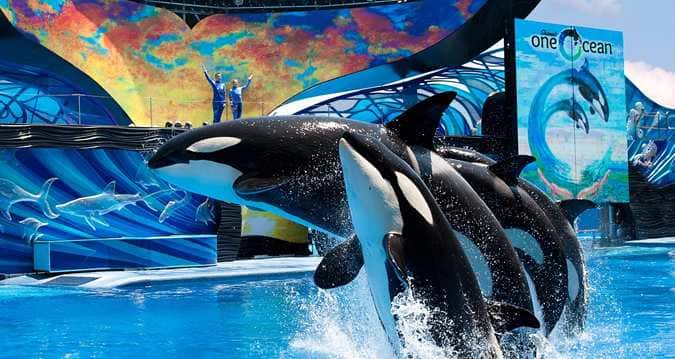 A new Sesame Street area opened last year with SeaWorld Orlando’s first-ever parade and re-creations of Mr. Hooper’s store and other landmarks from the TV show. This year a new coaster called Ice Breaker will make its debut. SeaWorld’s Aquatica waterpark features rides with plenty of dips and drops plus the Dolphin Plunge, which takes riders through clear tubes that travel underwater in the park’s Commerson’s dolphin habitat.

Follow a penguin home through the harsh storm at the Sea of Ice’s only attraction, Antarctica: Empire of the Penguin, or swap climates for the warmer, Mediterranean-themed Sea of Delight, home to the park’s huge 400-foot Sky Tower. It’s near the sea lion and otter viewing stadiums.

The Sea of Mystery’s main draw is the impressive shark-viewing tunnel, complete with an adjacent restaurant, Shark’s Underwater Grill & Bar, where you can tuck into lunch with the huge predators swimming around you. Finally, Sea of Power is the place to be to catch SeaWorld’s famous orca shows at the Shamu Stadium, while there are also some cool simulator rides and animal exhibitions at Wild Arctic.

The last area is not a sea, but Sesame Street Land™ at SeaWorld. It’s a favourite with kids and promises family-friendly attractions like a net climbing structure and a water play area.

According to en.Wikipedia; smartertravel.com. Source of photos: internet