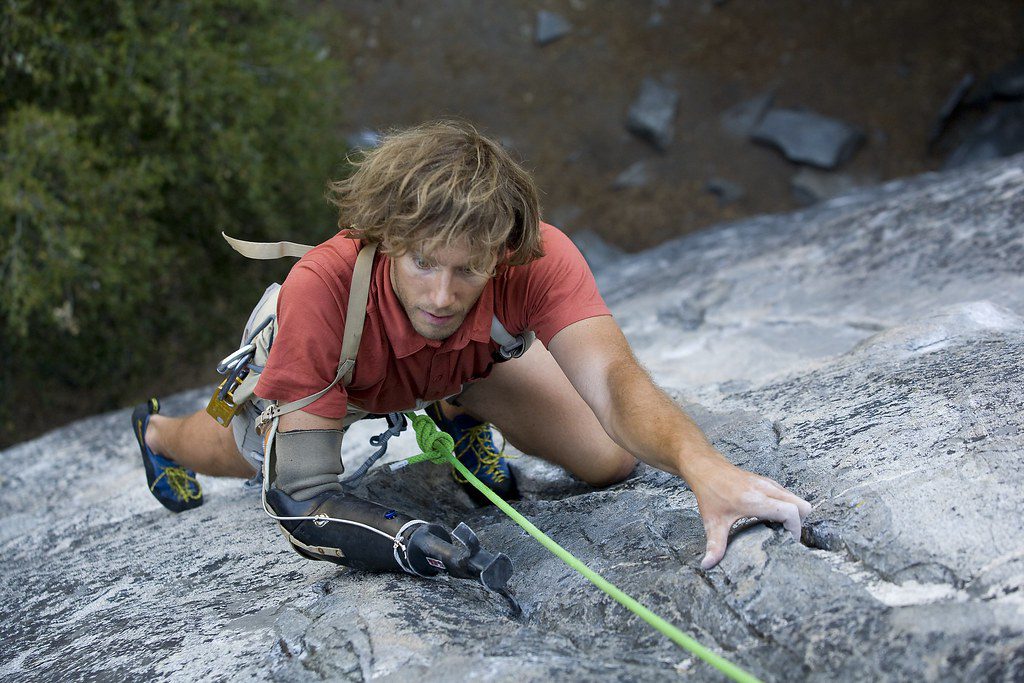 (uskings.us) Aron Lee Ralston (born October 27, 1975) is an American outdoorsman, mechanical engineer and motivational speaker known for surviving a canyoneering accident by cutting off his own arm. 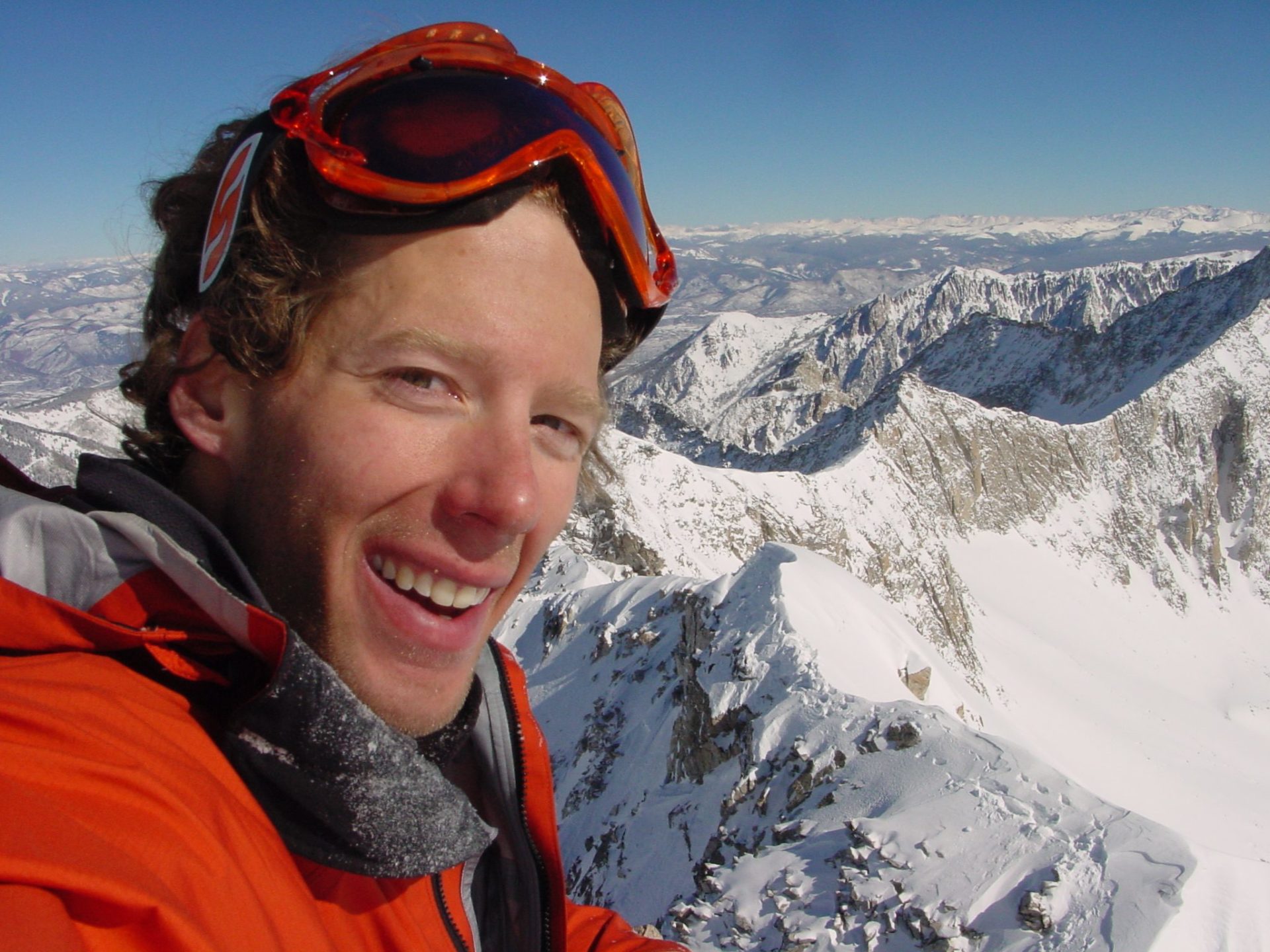 Aron Ralston was born on October 27, 1975, in Marion, Ohio. He and his family moved to Denver when he was 12, where he attended Cherry Creek High School and learned to ski and backpack. He received his college degree from Carnegie Mellon University in Pittsburgh, finishing with degrees in mechanical engineering and French, with a minor in piano. At Carnegie Mellon, he served as a resident assistant, studied abroad, and was an active intramural sports participant. He also worked as a rafting guide during the summer.

Ralston worked as a mechanical engineer with Intel in Ocotillo, Tacoma and Albuquerque for five years, but found himself burned out by working in a large corporation. During his time as an engineer he had built up skills in mountaineering, and in 2002 he quit in order to climb Denali. He moved to Aspen, Colorado in order to pursue a life of climbing mountains. 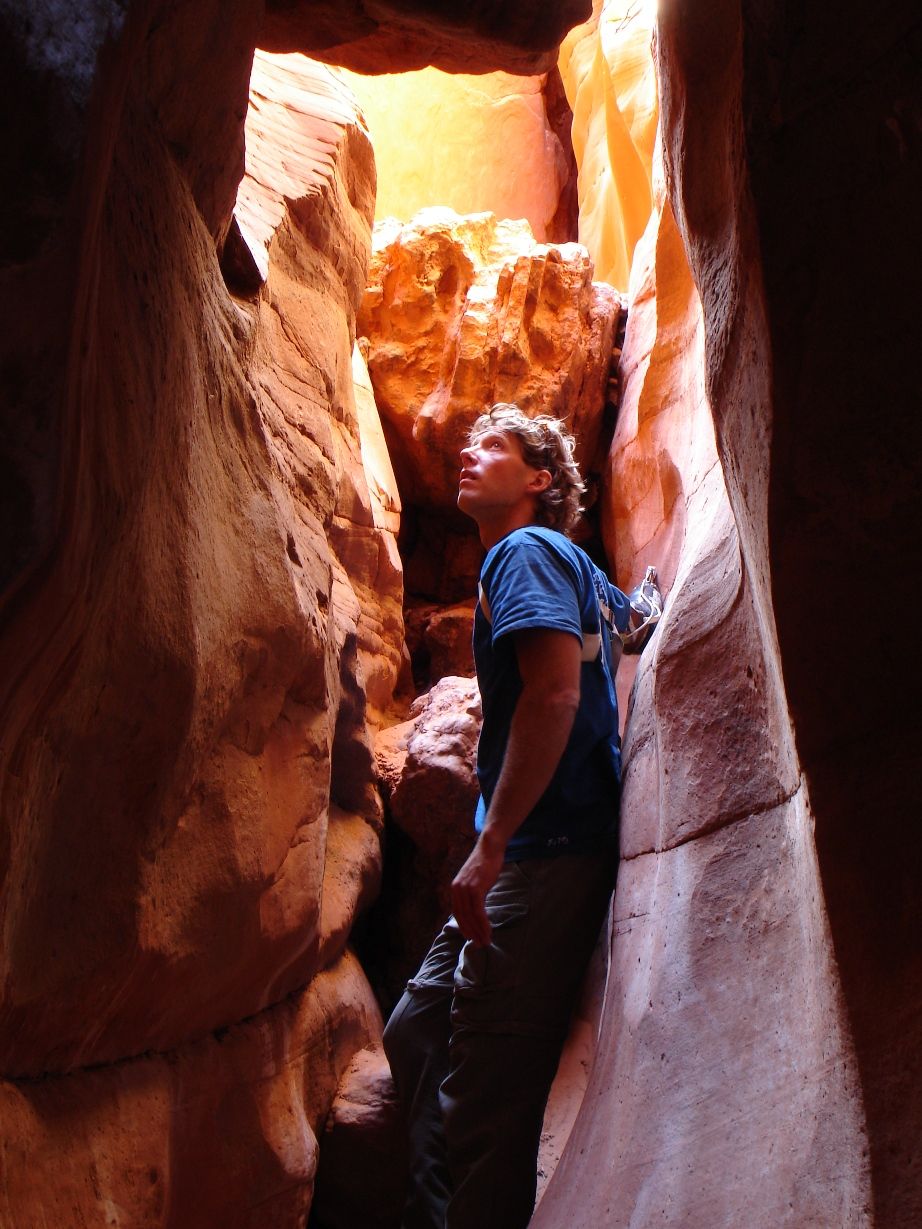 On April 26, 2003, Aron Ralston was canyoneering alone through Bluejohn Canyon, in eastern Wayne County, Utah, just south of the Horseshoe Canyon unit of Canyonlands National Park. While he was descending the lower stretches of the slot canyon, a suspended boulder became dislodged while he was climbing down from it. The boulder first smashed his left hand and then crushed his right hand against the canyon wall. Ralston had not informed anyone of his hiking plans, nor did he have any way to call for help.

Assuming that he would die without intervention, he spent five days slowly sipping his small amount of remaining water, approximately 350 ml (12 imp fl oz), and slowly eating his small amount of food, two burritos, while repeatedly trying to extricate his arm. His efforts were futile as he was unable to free his arm from the 800 lb (360 kg) chockstone. 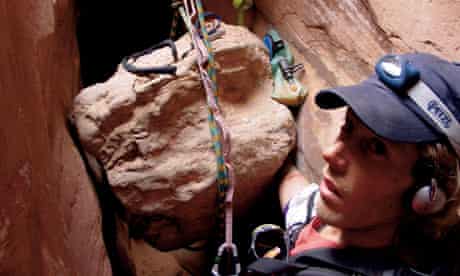 After three days of trying to lift and break the boulder, the dehydrated and delirious Ralston prepared to amputate his trapped arm at a point on the mid-forearm in order to escape. After having experimented with tourniquets and having made exploratory superficial cuts to his forearm, he realized, on the fourth day, that in order to free his arm he would have to cut through the bones in it, but the tools available were insufficient to do so.

After running out of food and water on the fifth day, Ralston decided to drink his own urine. He carved his name, date of birth and presumed date of death into the sandstone canyon wall, and videotaped his last goodbyes to his family. He did not expect to survive the night, but as he attempted to stay warm he began hallucinating and had a vision of himself playing with a future child while missing part of his right arm. Ralston credited this as giving him the belief that he would live.

After waking at dawn the following day he discovered that his arm had begun to decompose due to the lack of circulation, and became desperate to tear it off.  Ralston then had an epiphany that he could break his radius and ulna bones using torque against his trapped arm. He did so, then amputated his forearm with his multi-tool, using the dull two-inch knife and pliers for the tougher tendons. The painful process took an hour, during which time he used tubing from a CamelBak as a tourniquet, taking care to leave major arteries until last.

After freeing himself, Ralston climbed out of the slot canyon in which he had been trapped, rappelled down a 20 m sheer wall, then hiked out of the canyon, all one-handed. He was 13 km from his vehicle, and had no phone. However, after 9.7 km of hiking, he encountered a family on vacation from the Netherlands; Eric and Monique Meijer and their son Andy, who gave him food and water and hurried to alert the authorities.

Ralston had feared he would bleed to death; he had lost 18 kg, including 25% of his blood volume. Rescuers searching for Ralston, alerted by the family that he was missing, had narrowed the search down to Canyonlands and he was picked up by a helicopter in a wide area of the canyon. He was rescued approximately four hours after amputating his arm.

After the accident occurred, Ralston made numerous appearances in the media. On July 21, 2003, Ralston appeared on the Late Show with David Letterman, and his story was featured by GQ’s “Men of the Year” and Vanity Fair’s “People of 2003”.