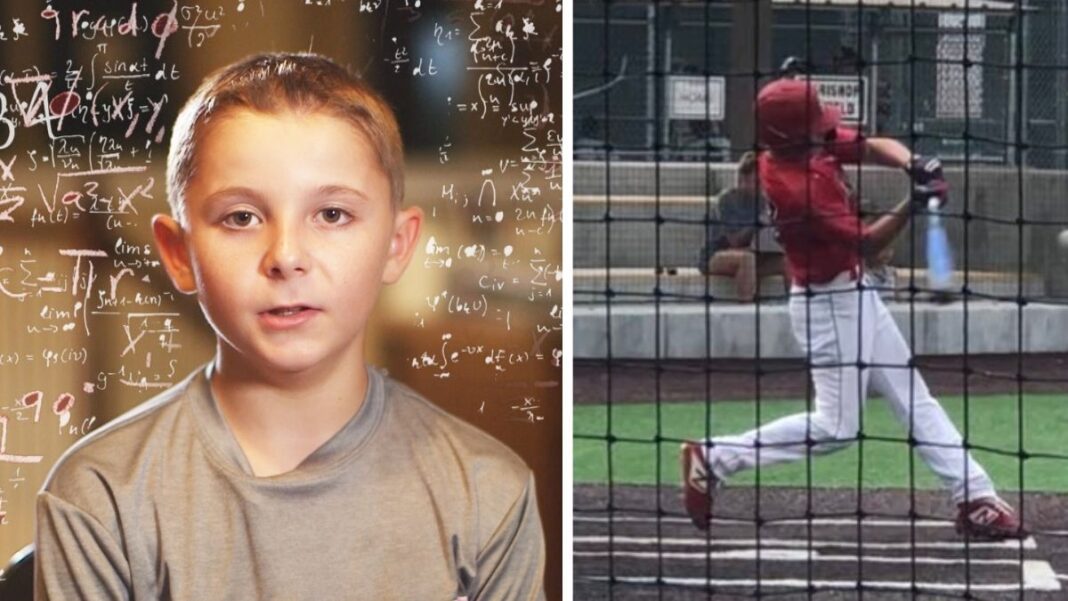 When doctors diagnosed Jaxon with partial hearing loss at age 8, his Lori mother didn’t see it as a disability, but rather a gift that actually heightened his focus and creativity.

It certainly didn’t limit his achievements. At nine years old, Cota was admitted into MENSA, an elite organization whose members make up the top 2% of the world in intelligence. He’s also one of only 2,600 members under 18.

11-year-old Cota recently placed 7th overall among 45,000 participants in MathCON, a national math competition with participants up to 17 years of age.

He has even enjoyed some celebrity as a contestant on A&E’s television series “Child Genius.” For Jaxon, numbers are a source of endless enjoyment.

Yet for all of his other-wordly gifts, the top priority for Jaxon and his parents is having a normal childhood.

For that, there’s only one place Jaxon wants to be. “Being at the baseball diamond makes me happiest,” he says “Baseball is just one of my passions.”

Not only does baseball fuel Jaxon’s love for strategic thinking, but it’s also a place where he can develop friendships and social skills that are part of being a regular kid. Jaxon says he wouldn’t swap those experiences for anything, even his love of numbers.

There’s little doubt that Jaxon will have limitless opportunities to make a difference. However, being a kid is an experience that goes in the blink of an eye, and can’t be recaptured.

As parents, we’re so eager to drive our children to succeed, especially when blessed with wunderkinds like Jaxon. Let’s just remember that raising our kids as kids should be a top priority, for their present and future success.

According to goalcast.com. Source of photos: internet