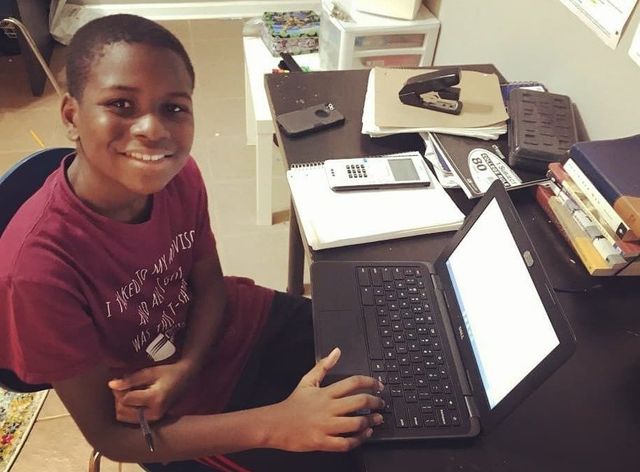 “I’m not really smart,” Caleb told the outlet. “I just grasp information quickly. So, if I learn quicker, then I get ahead faster.”

But Caleb isn’t just shooting for a diploma – he has his eyes set on joining the Georgia Institute of Technology or the Massachusetts Institute for Technology, which he hopes will help him get an internship with Tesla and SpaceX founder Elon Musk.

Caleb learned sign language when he was 9 months old and kept improving after that. He started reading a few months later, then was able to solve math problems around his second birthday, CBS News reported.

He was just 3 years old when he qualified for MENSA – a non-profit organization for people who score in the 98th percentile or higher in a standardized intelligence test. It’s essentially a club for exceptionally smart people, with members including actress Geena Davis.

“I have this distinct memory of going to a first-grade class and learning there, and everyone was way taller than me, because, you know, I was 2,” he said. “I could barely walk!”

Caleb’s father, Kobi Anderson, says it’s important to be able to share his son’s story — the story of a gifted Black boy.

“As a teenager, I remember downplaying my intelligence,” he says. “Being a young Black male, there are these negative stereotypes that are reinforced quite frequently. And so the attention is an opportunity to bring another story to light, one that we hope will inspire others to foster the gifts that their kids have.”

According to npr.org and people.com. Source of photos: internet