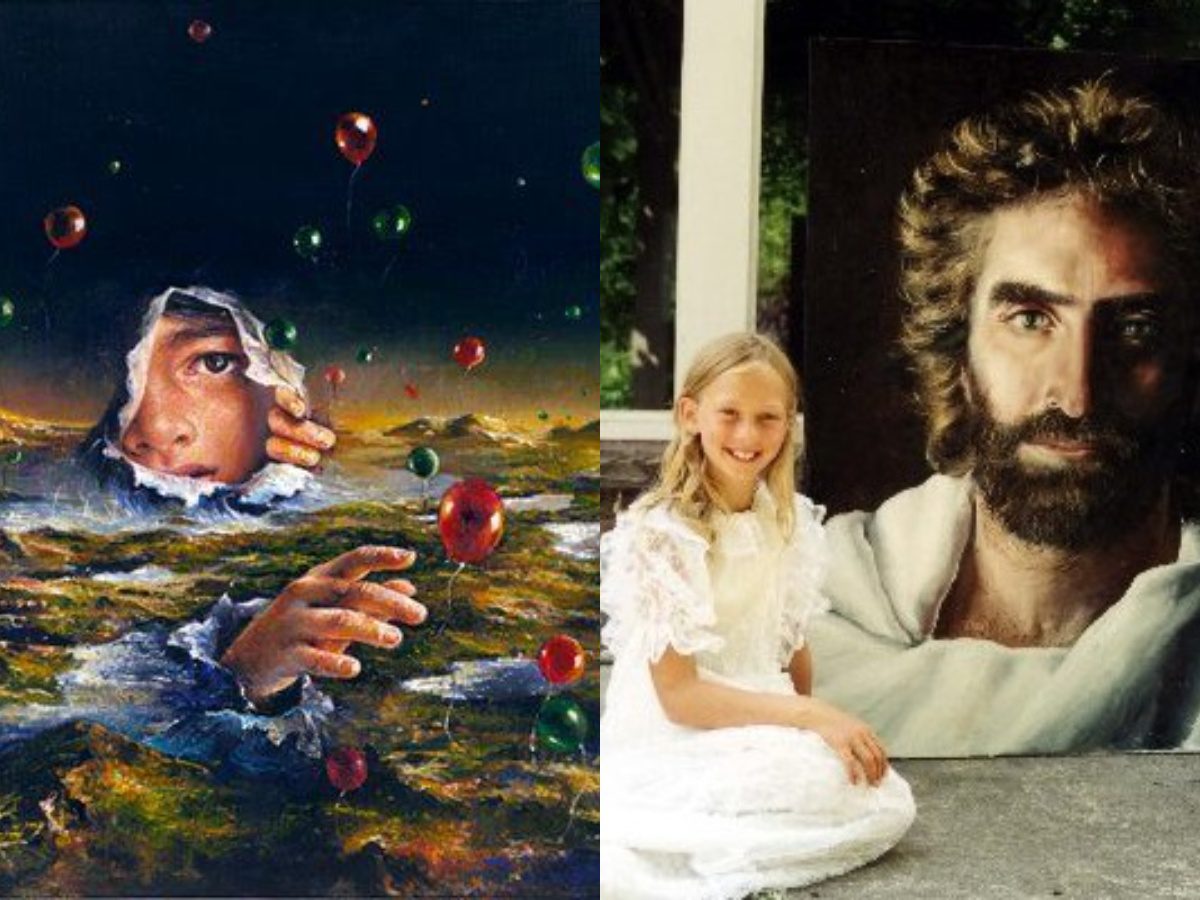 Akiane Kramarik was born on July 9, 1994, in Mount Morris, Illinois, to a Lithuanian mother and a non-practicing Catholic American father. Kramarik professed she saw the face of Jesus Christ in her visions. Her education began at a parochial school, but she was later homeschooled. Regarding her influences and motivation, she states:

Religious art of sculptures, reliefs and paintings in one of the parochial schools I attended greatly influenced my later attraction to legendary figures. For the first time I got to encounter the world’s view of what divinity was supposed to be, but deep down I felt that I perceived everything in a much broader and deeper sense. It appeared to me as if most people were completely ignorant of other realities, or that the realities they perceived were seen only from a very narrow angle. 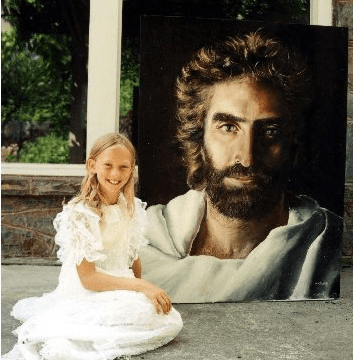 Kramarik is a self-taught painter and says that Jesus spoke to her when she was four years old, encouraging her to draw and paint her visions. She began to draw at the age of four, was painting at six, and began to write poetry at seven. At the age of 8 years old, Akiane painted Jesus.

Kramarik’s paintings are often allegorical as well as spiritual, involving likenesses of Jesus, children, and animals, as well as self-portraits. She often draws inspiration from magazine pictures. However, according to Kramarik, her main inspiration comes from her visions of Heaven and her religious experiences. By age 12, she had completed sixty large paintings. She has completed over 200 artworks and 800 literary works and has published two best-selling books.

The Prince of Peace painting had an arduous journey. In 2003, it was stolen from the then 9-year old artist, returned damaged when she was in her teens. For the first time in more than 15 years, the original Prince of Peace –  painted by then 8-yr old art prodigy Akiane Kramarik –  was unveiled in November 2019. Instantly, it was purchased by an anonymous U.S. art collector for $850,000. “I have an overwhelming feeling of gratitude and happiness that this piece is no longer hidden from view,” says Kramarik. Over the years, thousands of Prince of Peace prints have sold to buyers worldwide.

According to en.Wikipedia and wgntv.com. Source of photos: internet