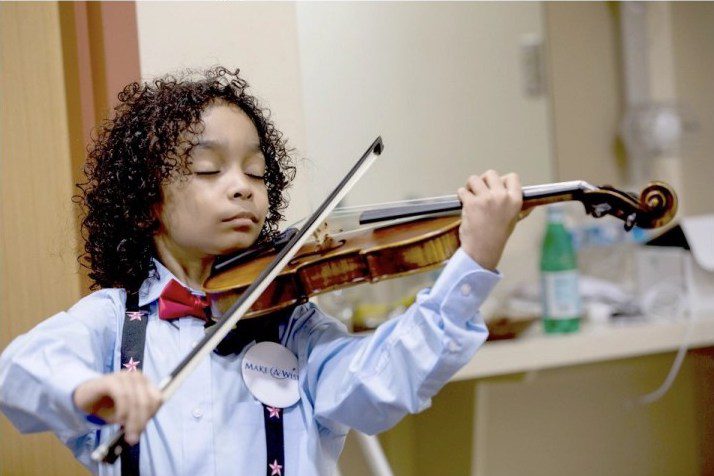 Caesar was born in 2008 in Providence, RI. His parents moved to Winston-Salem in 2010, and in March 2019, They moved to Memphis. According to Caesar Sant’s website, he started learning the violin when he was 2-year-old and amazed his music teachers with his advanced natural abilities.

Aline Sant, Caesar’s mother, said when he was a baby he would move his hands like a composer and hum songs.

“We would sing all the time, like the little kid’s songs,” Aline said. “He would make his father put him in his lap and listen to composers. He loved Beethoven.”

She said she would play Baby Einstein CD’s for him, and when he got his first violin lesson he cried with joy.

But after 4, in over two years, he suffered three debilitating strokes. The third stroke (2014) left him unable to walk or play the violin. It almost killed him. About after two years, he met the great violinist, Mr. Itzhak Perlman, in Virginia, and played Thais/Jules Massenet to him. 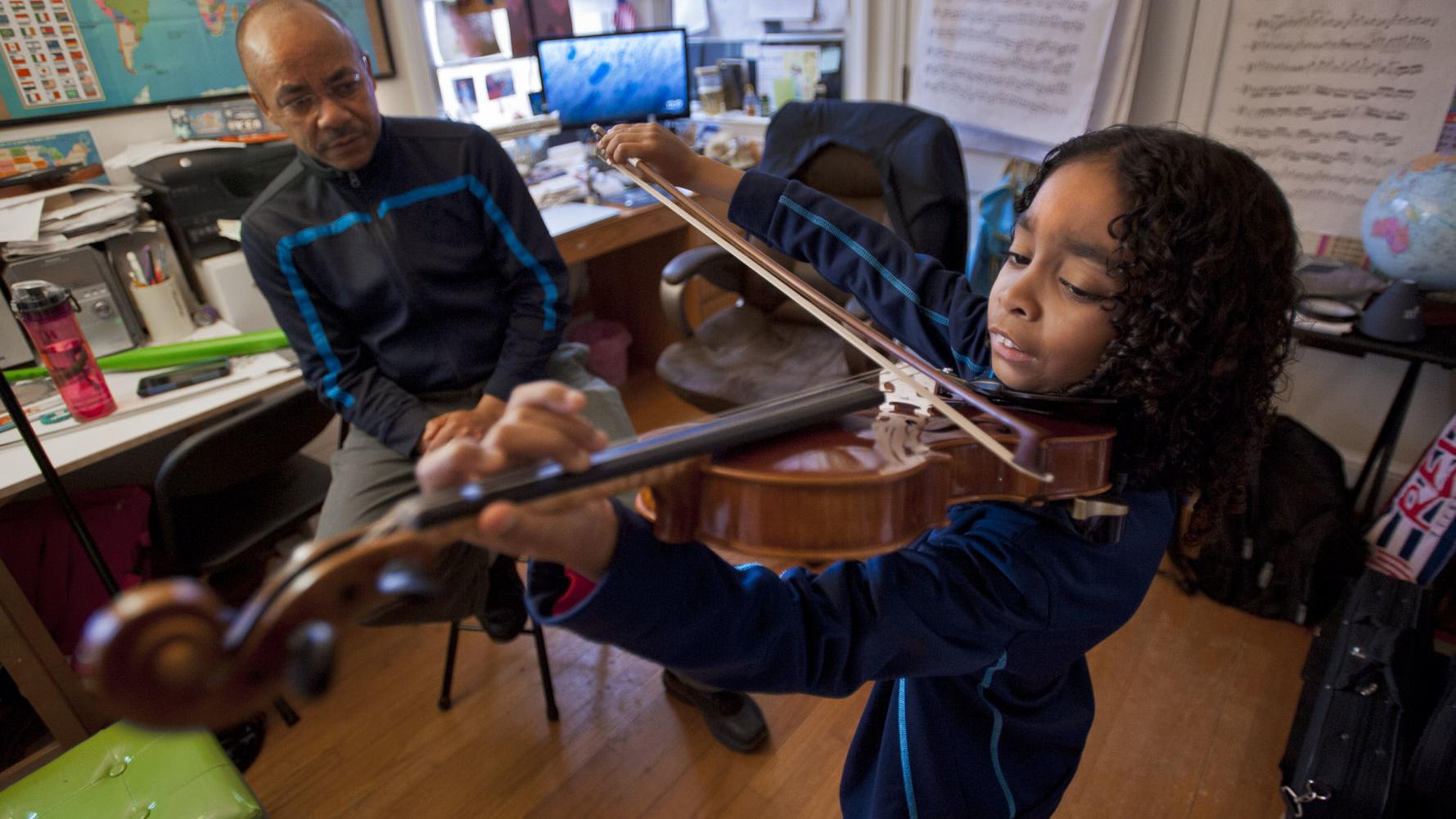 His legs are still not recovered fully. His family believes that the power of Hope & Love is real Things. They are raising funds for the treatment. But amazingly, he finally started working on his first album, ‘Heavens Gates, in 2020. Caesar Sant closes his eyes and focuses while practicing the violin at home in Memphis. At such a young age, the child prodigy, Caesar, has attracted people worldwide because of his exceptional natural abilities to play the violin.