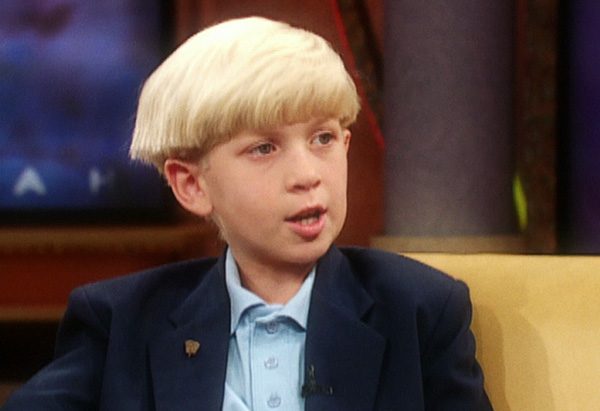 Greg Smith looks like any other 14-year-old boy. He is a lanky young man, with floppy blond hair who loves to play basketball and goes hiking. Greg is also a genius. His IQ has been measured as being in the top 25% of the top 1percent, and when not attending university, he’s an international philanthropist who has been nominated for the nobel peace prize – twice. Now, the whiz kid takes on another grand task — he’s studying for a Ph.D. in mathematics at the University of Virginia.

While most 14-year-olds are enjoying their summer vacation outside, Greg Smith is in a classroom working out mathematical proofs in his first course at the University of Virginia. Greg is studying for his Ph.D. in mathematics — the first of four advanced degrees he intends to pursue. 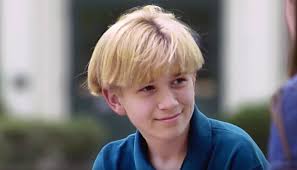 The wunderkind has been on a roll since he was just 18-months-old, when he started solving simple arithmetic problems. By two, he was reading about dinosaurs, and by 5 he could do simple algebra, draw molecules and had read Jules Verne, his favorite author.

So it’s no surprise that at 14-years-old, less than a month after he graduated from Randolph-Macon college in Virginia, Greg started studying for a Ph.D – in mathematics.

Greg has set an ambitious course for himself.

“I do desire to get four Ph.D.s, in mathematics, biomedical research, aerospace engineering and political science,” he says. Why start with math? “I believe that science is the gateway to understanding the mysteries of our universe and that mathematics is the beacon that lights its path. And so I believe one of the most important things in preparing for the sciences is to get a great mathematics foundation,” says Greg.

In the classroom, Greg seems to be on par with his peers. He says he’s comfortable, despite the fact that some of his classmates are as much as 10 years his senior.

Though some parts of his childhood were normal, other kids his age certainly weren’t being interviewed on “60 Minutes,” “Late Show with David Letterman” and “The Oprah Show.” Known as the “boy genius,” Smith caused a media frenzy in the late ‘90s. “There would be people that would recognize me everywhere,” he recalls.

When his interview on “The Oprah Show” aired (and every time it re-ran) Smith says the servers at his school would crash because his email address was mentioned in the episode. “They just couldn’t handle the constant bombardment of people who were interested in my story,” he says. “And it was amazing, it was flattering, it was incredible to be a part of that.”

According to reuters.screenocean.com; gentside.co.uk and huffpost.com. Source of photos: internet