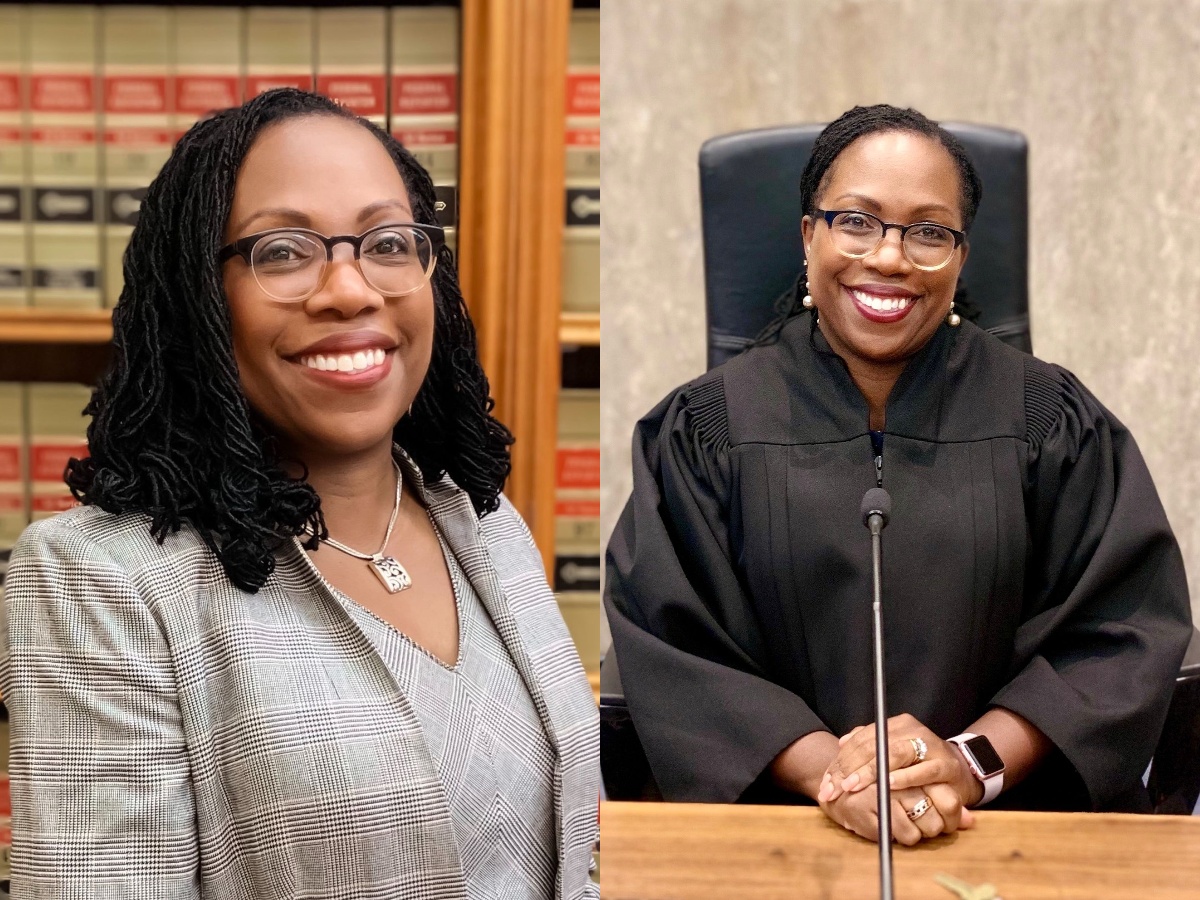 Ketanji Brown Jackson (born Ketanji Onyika Brown; September 14, 1970) is an American attorney and jurist who has served as a federal judge on the United States Court of Appeals for the District of Columbia Circuit since 2021. She is a designate associate justice of the Supreme Court of the United States. Brown received Senate confirmation on April 7, 2022, with all 50 members of the Democratic caucus and three Republicans voting in favor of the nomination, and 47 Republicans voting against.

Born in Washington, D.C., and raised in Miami, Florida, Jackson attended Harvard University for college and law school, where she served as an editor in the Harvard Law Review. She began her legal career with three clerkships, including one with U.S. Supreme Court Associate Justice Stephen Breyer.

Prior to her elevation to an appellate court, from 2013 to 2021, she served as a district judge for the United States District Court for the District of Columbia. Jackson was also vice-chair of the United States Sentencing Commission from 2010 to 2014. Since 2016, she has been a member of the Harvard Board of Overseers.

On February 25, 2022, President Joe Biden nominated Jackson to be an associate justice of the Supreme Court of the United States, filling the vacancy that is to be created by Breyer’s retirement. On April 7 2022, Jackson become the first black woman to sit on the Supreme Court.