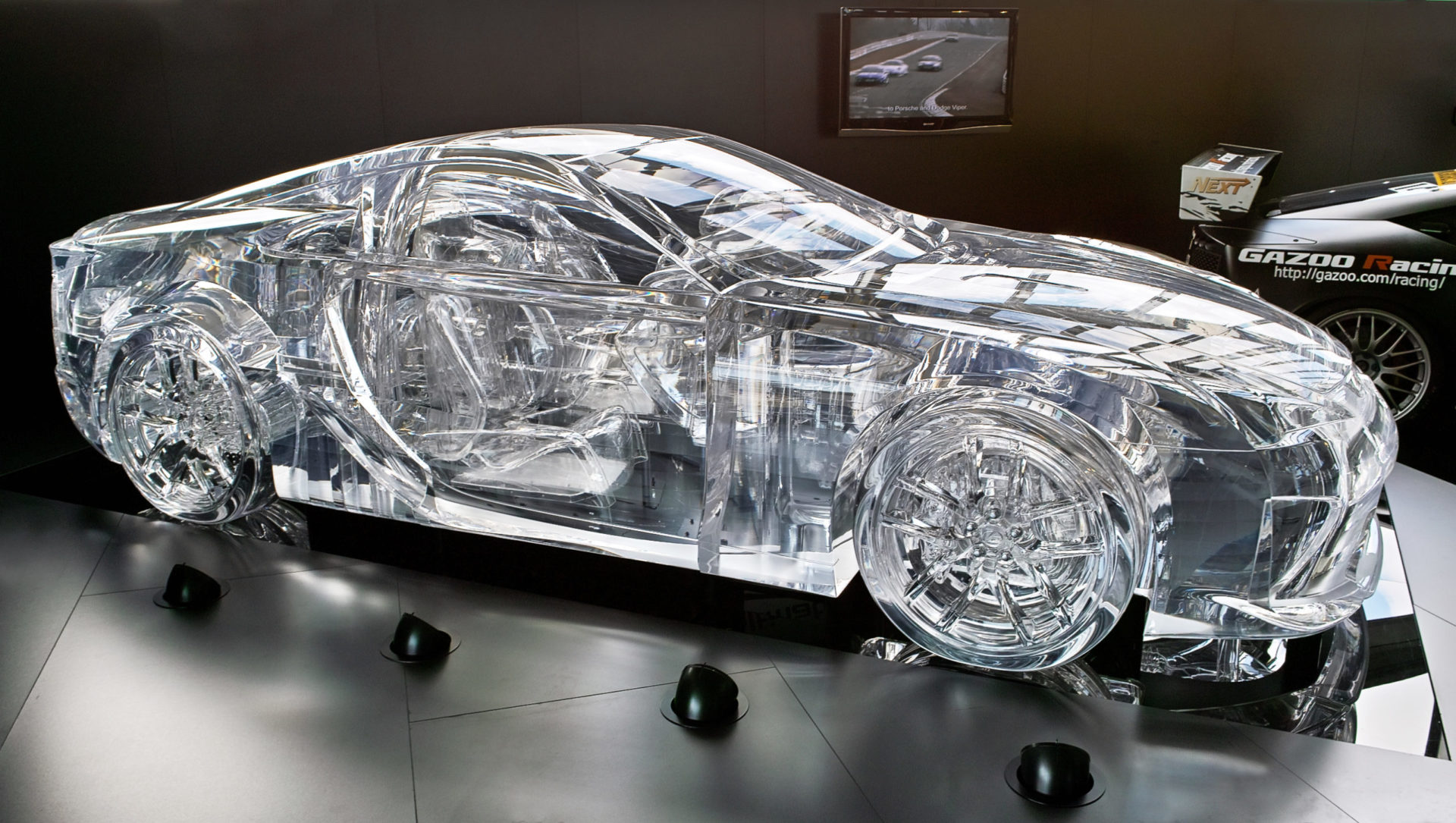 Pontiac’s see-through body was originally styled as a 1939 Deluxe Six Four-Door Touring Sedan, but later updated with a 1940 clear Plexiglas nose clip. According to the July Automobile Digest, a second plastic car, a 1940 Torpedo Eight Four-Door Sedan, was built for the 1939-1940 Golden Gate International Exposition in San Francisco.

General Motors had used cutaway exhibits to dramatize new engineering and body construction features of its models over the years, and in 1930 Cadillac V-8 show toured America. But nothing prepared World’s Fair goers for the ghostly Pontiac that seemed to endow onlookers with X-ray vision.

The unique 1939 Pontiac Ghost Car is a show car equipped with plexiglass panels which allows for that see-through look. Originally built for the 1939-1940 New York World’s Fair as part of the Futurama exhibit, the Ghost Car was recently sold at an auction for an undisclosed amount.

Known as the pontiac ghost car, the transparent automobile was constructed based on the de luxe six four-door touring pontiac sedan. the show car was built by general motors in partnership with rohm and hass — the chemical company that created the plexiglass — and had a total construction cost of $25,000.

According to designboom.com and nytimes.com