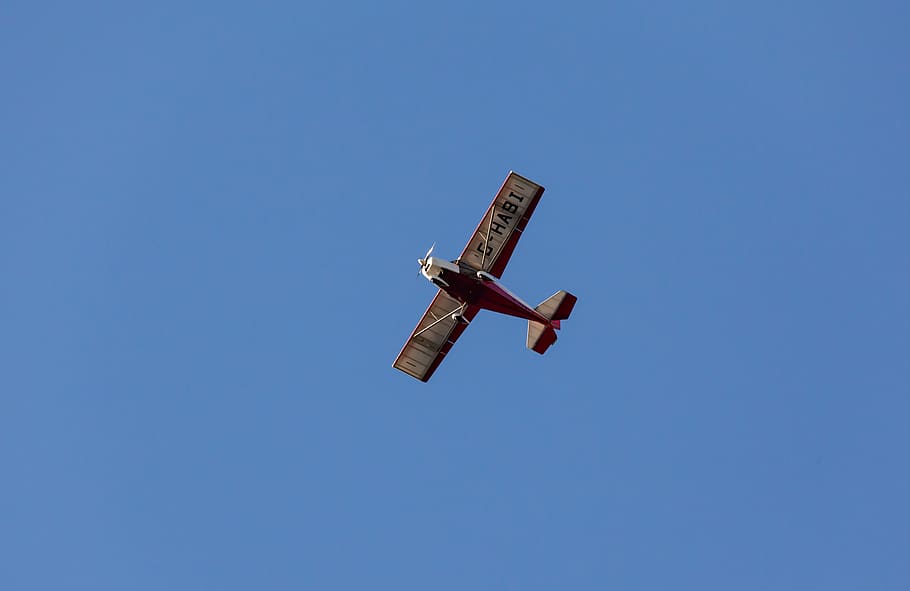 Wiley Hardeman Post (November 22, 1898 – August 15, 1935) Post was born to cotton farmer parents, William Francis and Mae Quinlan Post in Corinth, Van Zandt County, Texas.  Young Wiley’s first view of an aircraft in flight came in 1913 at the county fair in Lawton, Oklahoma. The plane was a Curtiss-Wright “Pusher type”. The event so inspired him that he immediately enrolled in the Sweeney Automobile and Aviation School in Kansas City. Seven months later, he returned to Oklahoma and went to work at the Chickasaw and Lawton Construction Company.

Post’s aviation career began at age 26 as a parachutist for a flying circus, Burrell Tibbs and His Texas Topnotch Fliers, and he became well known on the barnstorming circuit. On October 1, 1926, an oil field accident cost him his left eye, but he used the settlement money to buy his first aircraft. Post was the personal pilot of wealthy Oklahoma oilmen Powell Briscoe and F.C. Hall in 1930 when Hall bought a high-wing, single-engine Lockheed Vega, one of the most famous record-breaking aircraft of the early 1930s. The oilman nicknamed it the Winnie Mae after his daughter, and Post achieved his first national prominence in it by winning the National Air Race Derby, from Los Angeles to Chicago.

In 1930, the record for flying around the world was not held by a fixed-wing aircraft, but by the Graf Zeppelin, piloted by Hugo Eckener in 1929 with a time of 21 days. On June 23, 1931, Post and the Australian navigator Harold Gatty, left Roosevelt Field on Long Island, New York, in the Winnie Mae with a flight plan that would take them around the world, stopping at Harbour Grace, Flintshire, Hanover twice, Berlin, Moscow, Novosibirsk, Irkutsk, Blagoveshchensk, Khabarovsk, Nome, where his propeller had to be repaired, Fairbanks where the propeller was replaced, Edmonton, and Cleveland before returning to Roosevelt Field. They arrived back on July 1, after traveling 15,474 miles (24,903 km) in the record time of 8 days and 15 hours and 51 minutes, in the first successful aerial circumnavigation by a single-engined monoplane.

In 1933, he repeated his flight around the world, this time using the auto-pilot and compass in place of his navigator and becoming the first to accomplish the feat alone. He departed from Floyd Bennett Field and continued on to Berlin where repairs were attempted to his autopilot, stopped at Königsberg to replace some forgotten maps, Moscow for more repairs to his autopilot, Novosibirsk, Irkutsk for final repairs to the autopilot, Rukhlovo, Khabarovsk, Flat where his propeller had to be replaced, Fairbanks, Edmonton, and back to Floyd Bennett Field. Fifty thousand people greeted him on his return on July 22 after 7 days, 18 hours, 49 minutes.

In 1934 he designed his “Man from Mars” flying suit and made an unofficial ascent to 49,000 feet. His altitude experiments, however, were merely incidental to his real purpose of exploring the sub-stratosphere as a medium to high-speed transport. He predicted the development of such craft as supersonic transport and the possibility of space travel. He recognized the importance of biological rhythms to pilot proficiency and fatigue and was one of the first to conduct human factors research in this area. He conducted secret studies in the U.S. Army’s Air Service’s high altitude chamber which came to light not too long ago. Post discovered the Jet Stream. Post achieved other significant accomplishments in the short span of his life. Post truly stands as the pivotal point between the hit-or-miss techniques of the open cockpit biplane era and the scientific approach of today’s aerospace age.

Post received the Distinguished Flying Cross in 1932 by act of Congress and won the Collier Trophy in the same year. In 1934 he won the Gold Medal of Belgium and the Harmon Trophy. He was given two New York City ticker-tape parades and the keys to the city. He was honored twice at the White House by two Presidents, Hoover and Roosevelt. In summary, Wiley Post’s life, though ended by a tragedy, stands as one of the monumental achievements. Post was truly a great scientific aviation pioneer and his accomplishments immeasurably aided the advancement of aviation.

According to nationalaviation.org; en.wikipedia. Source of photo: internet