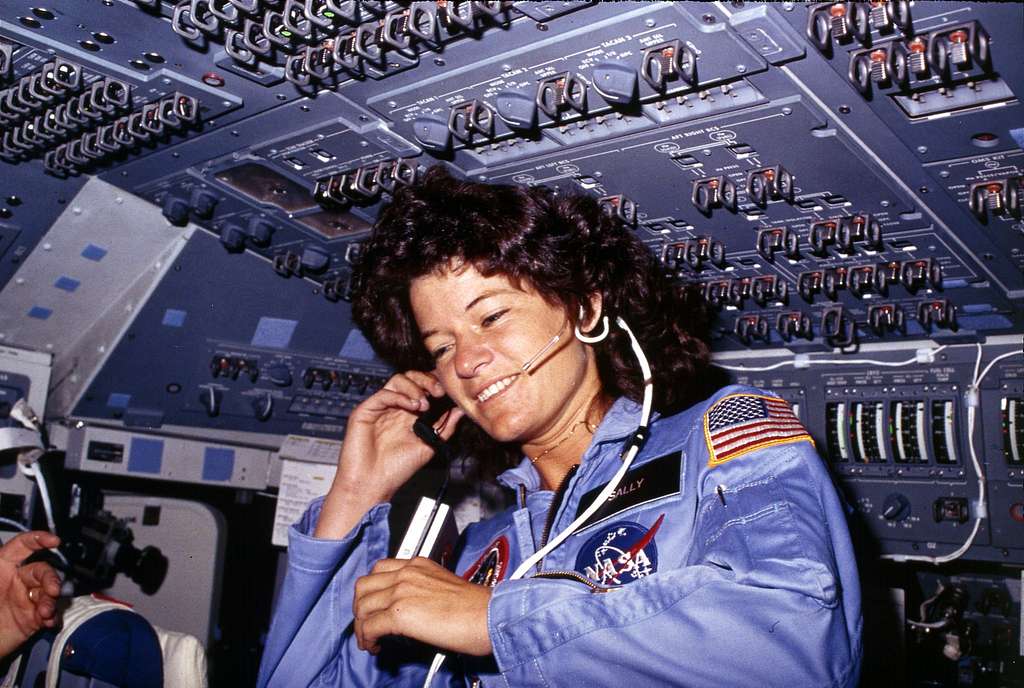 Sally Ride was born May 26, 1951, in California. After high school, she went to Stanford University in California. She earned degrees in physics. Physics is a type of science.

NASA began looking for women astronauts in 1977. Sally Ride was a student at the time. She saw an ad in the school newspaper inviting women to apply to the astronaut program. Sally Ride decided to apply for the job. She was one of six women picked.

On June 18, 1983, Sally Ride became the first American woman to fly in space. She was an astronaut on a space shuttle mission. Her job was to work the robotic arm. She used the arm to help put satellites into space. She flew on the space shuttle again in 1984. Ride stopped working for NASA in 1987. She started teaching at the University of California in San Diego. She started looking for ways to help women and girls who wanted to study science and mathematics. She came up with the idea for NASA’s EarthKAM project. EarthKAM lets middle school students take pictures of Earth using a camera on the International Space Station. Students then study the pictures. In 2003, Ride was added to the Astronaut Hall of Fame. The Astronaut Hall of Fame honors astronauts for their hard work.

Until her death on July 23, 2012, Ride continued to help students – especially girls -study science and mathematics. She wrote science books and other things for students and teachers. She worked with science programs and festivals around the United States.

According to en.wikipedia.org; nasa.gov. Source of photo: internet