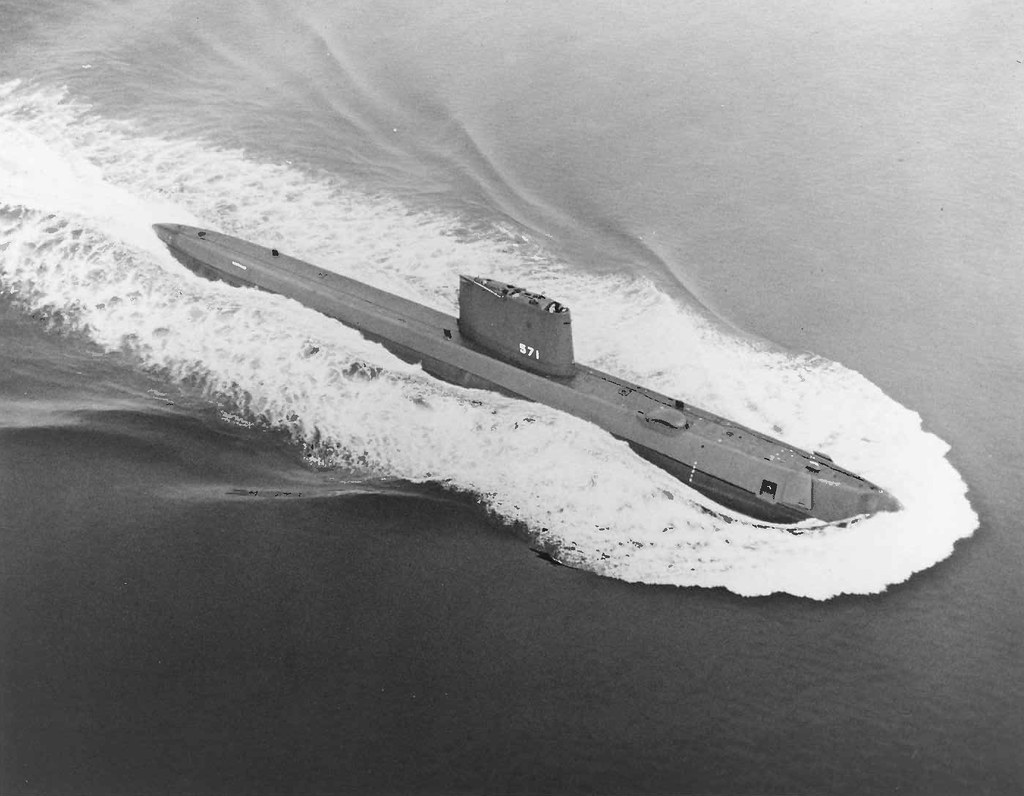 The USS Nautilus, the USA’s first nuclear submarine, is commissioned by the U.S. Navy.

The Nautilus was constructed under the direction of U.S. Navy Captain Hyman G. Rickover, a brilliant Russian-born engineer who joined the U.S. atomic program in 1946. In 1947, he was put in charge of the navy’s nuclear-propulsion program and began work on an atomic submarine. Regarded as a fanatic by his detractors, Rickover succeeded in developing and delivering the world’s first nuclear submarine years ahead of schedule. In 1952, the Nautilus‘ keel was laid by President Harry S. Truman, and on January 21, 1954, first lady Mamie Eisenhower broke a bottle of champagne across its bow as it was launched into the Thames River at Groton, Connecticut. Commissioned on September 30, 1954, it first ran under nuclear power on the morning of January 17, 1955. Much larger than the diesel-electric submarines that preceded it, the Nautilus stretched 319 feet and displaced 3,180 tons. It could remain submerged for almost unlimited periods because its atomic engine needed no air and only a very small quantity of nuclear fuel. The uranium-powered nuclear reactor produced steam that drove propulsion turbines, allowing the Nautilus to travel underwater at speeds in excess of 20 knots. In its early years of service, the USS Nautilus broke numerous submarine travel records and in August 1958 accomplished the first voyage under the geographic North Pole. After a career spanning 25 years and almost 500,000 miles steamed, the Nautilus was decommissioned on March 3, 1980. Designated a National Historic Landmark in 1982, the world’s first nuclear submarine went on exhibit in 1986 as the Historic Ship Nautilus at the Submarine Force Museum in Groton, Connecticut.

According to en.Wikipedia; history.com. Source of photo: internet