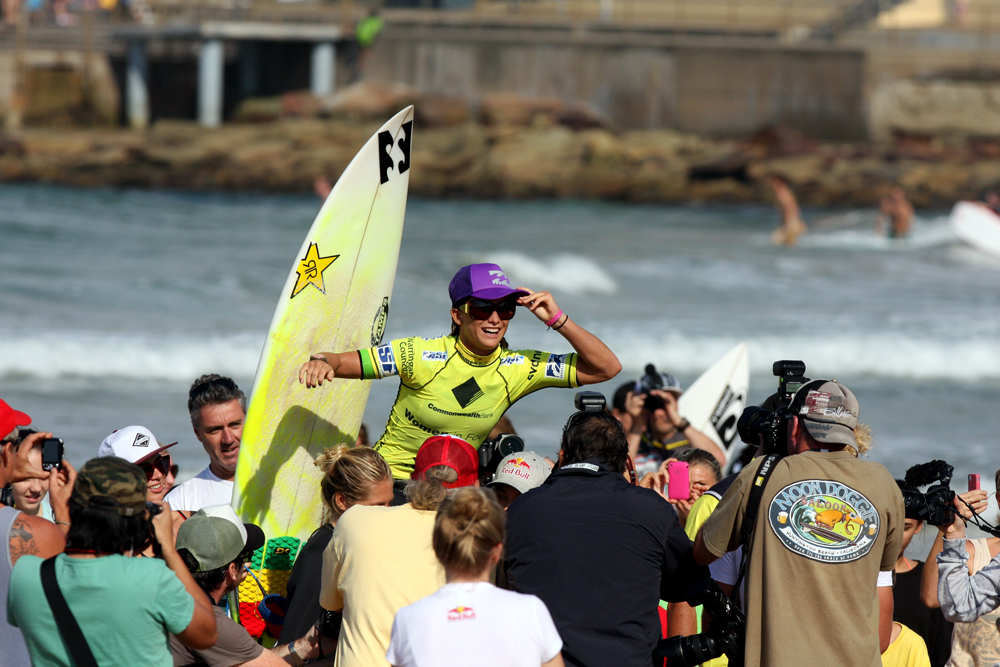 When she was five years old, Moore started surfing with her dad off the beaches of Waikiki in Honolulu, Hawaii. “Dad taught me how to surf when I was about four or five years old at Waikiki Beach and I was immediately hooked.” Her father, Chris, was a competitive open water swimmer who won a number of competitions. He lived closer to the water than Moore’s landlocked mother, so Moore chose Hawaii, the ocean, and her father after her parents divorced when she was ten years old. When Moore stayed with her mother and her motivation for surfing would start to wane she would write letters to her father to stay motivated. 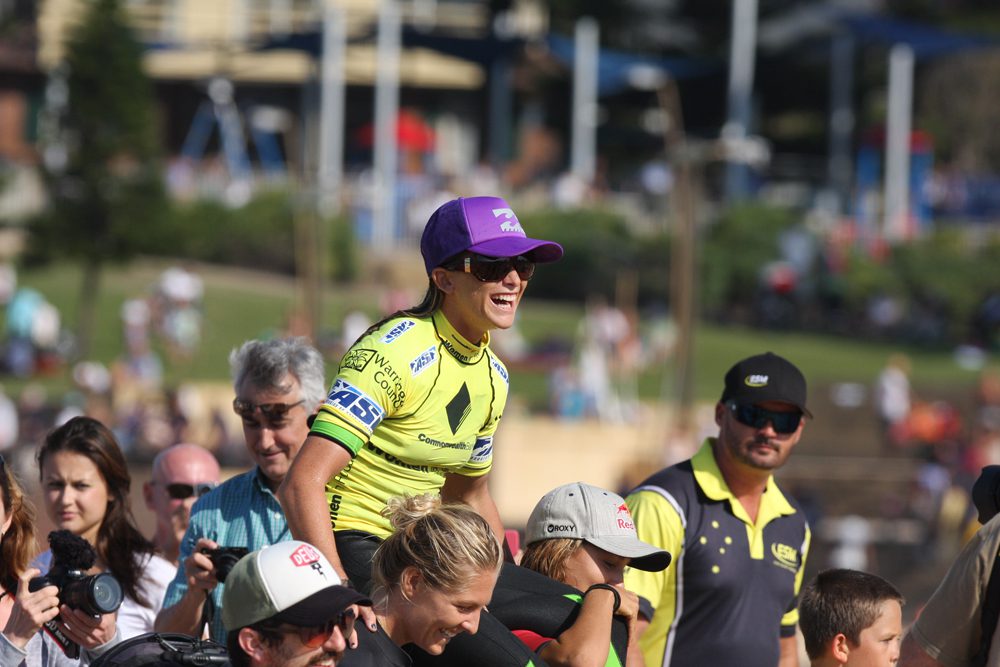 She started earning multiple wins at NSSA junior surf competitions at age 11. She also won top spots at the ISA World Junior Surfing Championships, where she helped Hawaii win a team victory. In all, she clinched a record 11 NSSA amateur titles, and at age 16 in 2008, she became the youngest champion at a Triple Crown of Surfing event when she won the Reef Hawaiian Pro.

Moore qualified to compete for the United States in surfing on the U.S. women’s team with Caroline Marks at the 2020 Summer Olympics held in Tokyo, Japan and postponed to 2021 due to the COVID-19 pandemic. She was the first Olympic surfer to be ethnically Hawaiian. 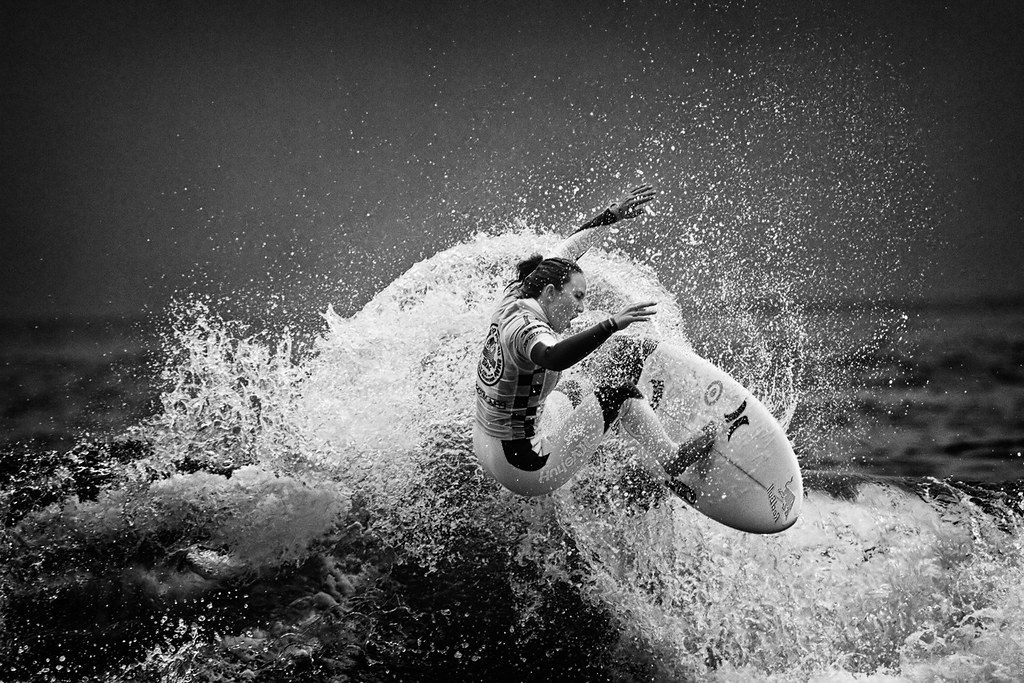 In the semifinals match between Moore and Japan’s Amuro Tsuzuki, Moore won and advanced to the final heat where surfers compete for the gold and silver medals. In the final match against South African Bianca Buitendag, Moore won the Olympic gold medal with a score of 14.93.

At 18, she became the youngest world champion surfer. Now, at 28, she’s the first woman to win the Olympic gold medal in the sport.

According to www.npr.org; en.wikipedia. Source of photos: internet