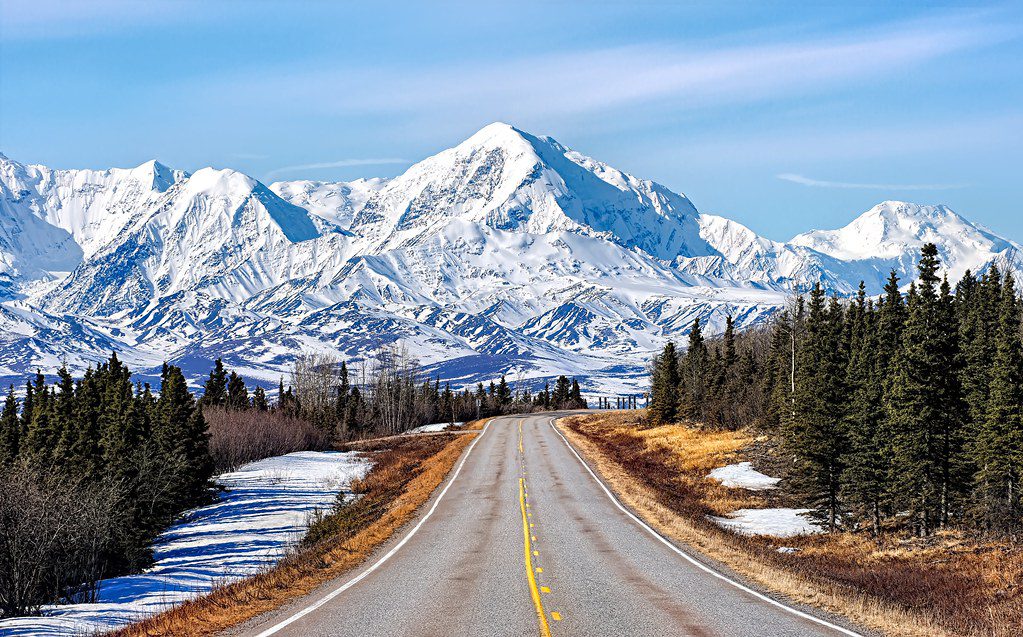 Alaska is a state located in the Western United States on the northwest extremity of North America. A semi-exclave of the U.S., it borders the Canadian province of British Columbia and the territory of Yukon to the east and has a maritime border with the Russian Federation’s Chukotka Autonomous Okrug to the west, just across the Bering Strait. To the north are the Chukchi and Beaufort seas of the Arctic Ocean, while the Pacific Ocean lies to the south and southwest.

Alaska is by far the largest U.S. state by area, comprising more total area than the next three largest states (Texas, California, and Montana) combined. It represents the seventh largest subnational division in the world. It is the third-least populous and the most sparsely populated state, but by far the continent’s most populous territory located mostly north of the 60th parallel, with a population of 736,081 as of 2020 – more than quadruple the combined populations of Northern Canada and Greenland. Approximately half of Alaska’s residents live within the Anchorage metropolitan area. The state capital of Juneau is the second-largest city in the United States by area, comprising more territory than the states of Rhode Island and Delaware. The former capital of Alaska, Sitka, is the largest U.S. city by area.

Alaska was occupied by various indigenous peoples for thousands of years before the arrival of Europeans. The state is considered the entry point for the settlement of North America by way of the Bering land bridge. The Russians were the first Europeans to settle the area beginning in the 18th century, eventually establishing Russian America, which spanned most of the current state.

The indigenous population of Alaska is proportionally the highest of any U.S. state, at over 15 percent. Close to two dozen native languages are spoken, and Alaskan Natives exercise considerable influence in local and state politics.

According to en.wikipedia; bellsalaska.com. Source of photo: internet