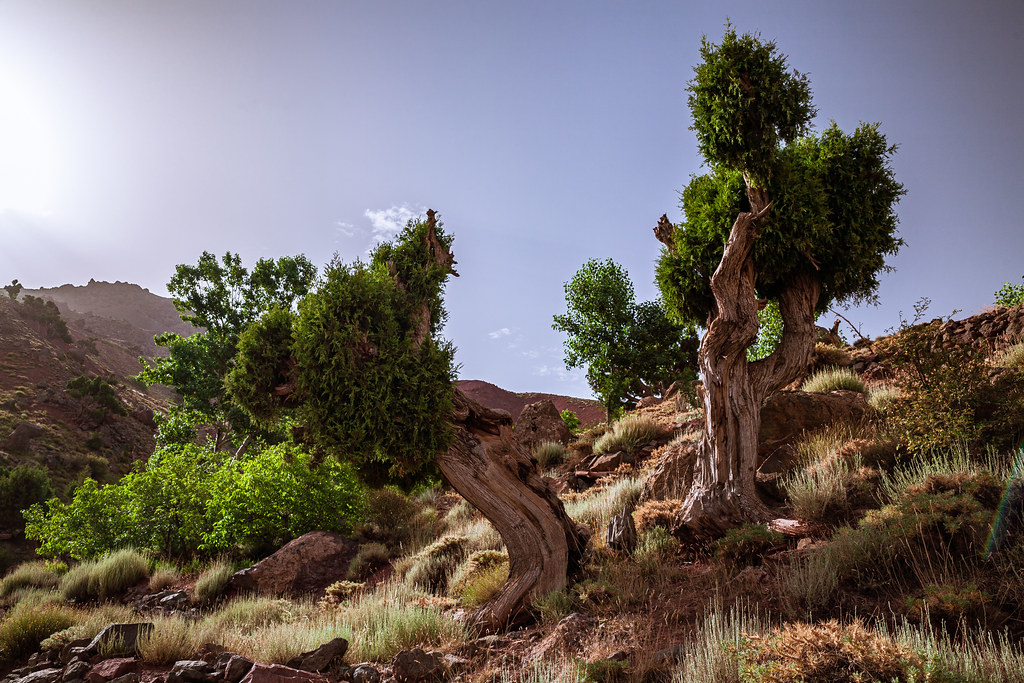 The Bennett Juniper is the largest known juniper tree in the United States. It is located in Section 5, Township 5 North, Range 20 east of the Mount Diablo meridian, on an inholding in the Stanislaus National Forest in Tuolumne County, California. The tree is owned by the Save the Redwoods League, a nonprofit conservation organization dedicated to the preservation of western big trees. The Bennett Juniper’s height is 24 m feet with an average crown spread of 17 m. The diameter at breast height 1.4 m above ground) is 3.9 m. This gives it a total of 573 points by the American Forests formula for measuring “Big Trees”, and by that measure, the Bennett is the largest juniper of any type listed in the National Register of Big Trees. Bennett Juniper is estimated to be somewhere between 2,000 and 6,000 years old, and some botanists think it may be the oldest tree on the planet.

According to en.wikipedia.org; savetheredwood.org. Source of photo: internet