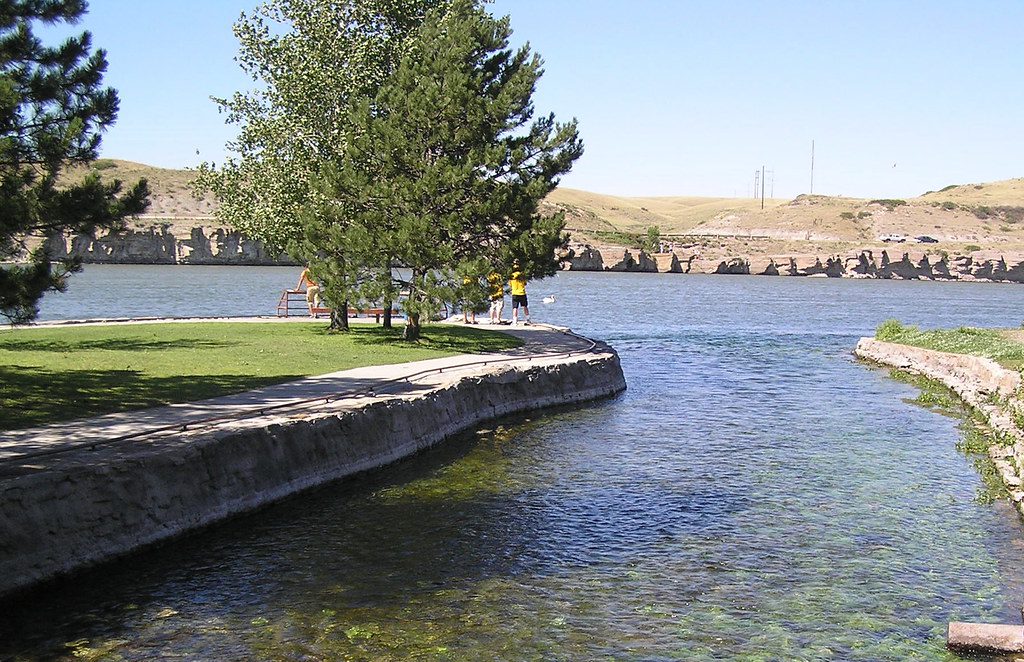 Roe River was unnamed until 1988 when a group of fifth graders in Great Falls, Montana led a drive to get the name accepted by the U.S. Board on Geographic Names. The same fifth graders also successfully petitioned Guinness starting in 1987 to get the river named as the world’s shortest, knocking a four-hundred long river in Lincoln City, Oregon, the D River, out of the top spot.

Roe River was given its name by the fifth-graders after “roe” for fish eggs due to the small river being near the State Fish Hatchery. 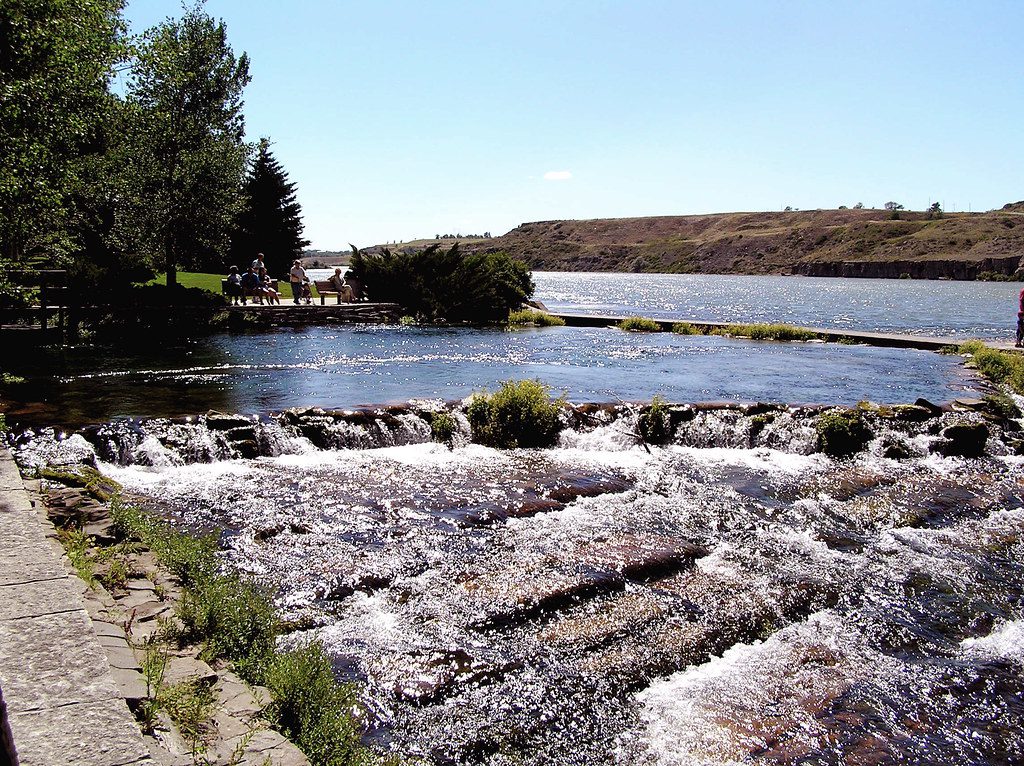 The headwaters of the Roe River is Giant Springs. Giant Springs is considered one of the largest springs in the United States and is a first-magnitude freshwater spring. Giant Springs is located in a park northeast of the city of Great Falls, in Cascade County, Montana.

According to the U.S. Geological Survey, a river has constant flowing water in the form of a current, it’s fed by upland sources and it deposits water in the ocean, another river, lake or watershed. Generally speaking, creeks and brooks flow together to form streams, streams flow together to become rivers and rivers ultimately transport water from higher elevations to lower ones, ending in the ocean.

While the Roe River is the smallest recorded river in the United States, there are other much smaller rivers elsewhere in the world. For example. the Tamborasi River located in Southeast Sulawesi, Indonesia is only 65.6 feet (20 meters) long and is considered the smallest river in Southeast Asia.