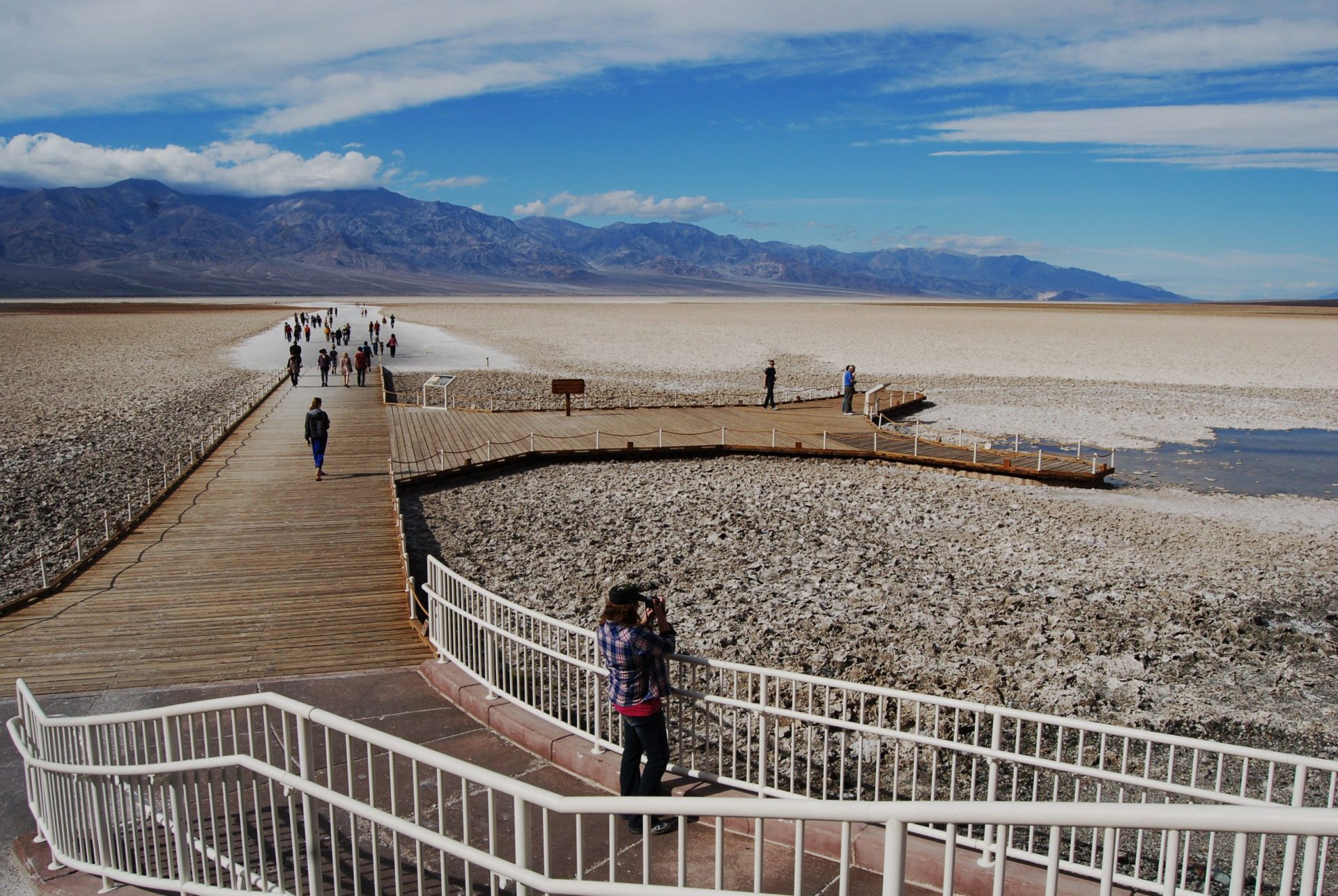 Badwater Basin is an endorheic basin in Death Valley National Park, Death Valley, Inyo County, California, noted as the lowest point in North America and the United States, with a depth of 282 ft (86 m) below sea level. Mount Whitney, the highest point in the contiguous 48 United States, is only 84.6 miles (136 km) to the northwest.

The site itself consists of a small spring-fed pool of “bad water” next to the road in a sink; the accumulated salts of the surrounding basin make it undrinkable, thus giving it the name. The pool does have animal and plant life, including pickleweed, aquatic insects, and the Badwater snail.

Adjacent to the pool, where water is not always present at the surface, repeated freeze-thaw and evaporation cycles gradually push the thin salt crust into hexagonal honeycomb shapes. 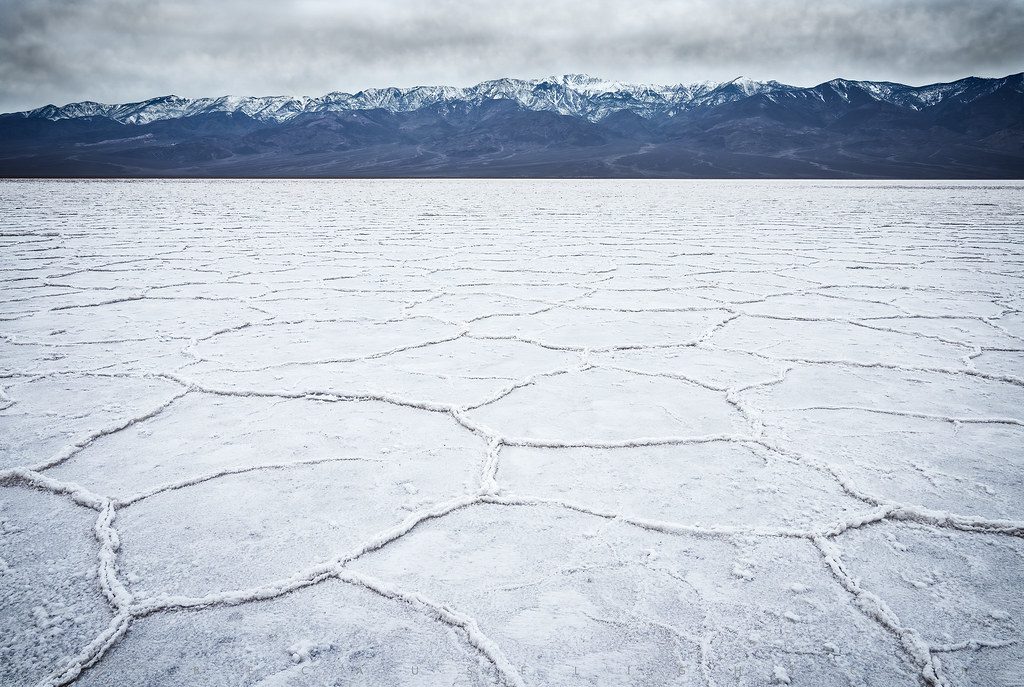 The pool is not the lowest point of the basin: the lowest point (which is only slightly lower) is several miles to the west and varies in position, depending on rainfall and evaporation patterns. The salt flats are hazardous to traverse (in many cases being only a thin white crust over mud), and so the sign marking the low point is at the pool instead. The basin was considered the lowest elevation in the Western Hemisphere until the discovery of Laguna del Carbón in Argentina at −344 ft (−105 m).

According to en.Wikipedia; www.nps.gov. Source of photo: internet