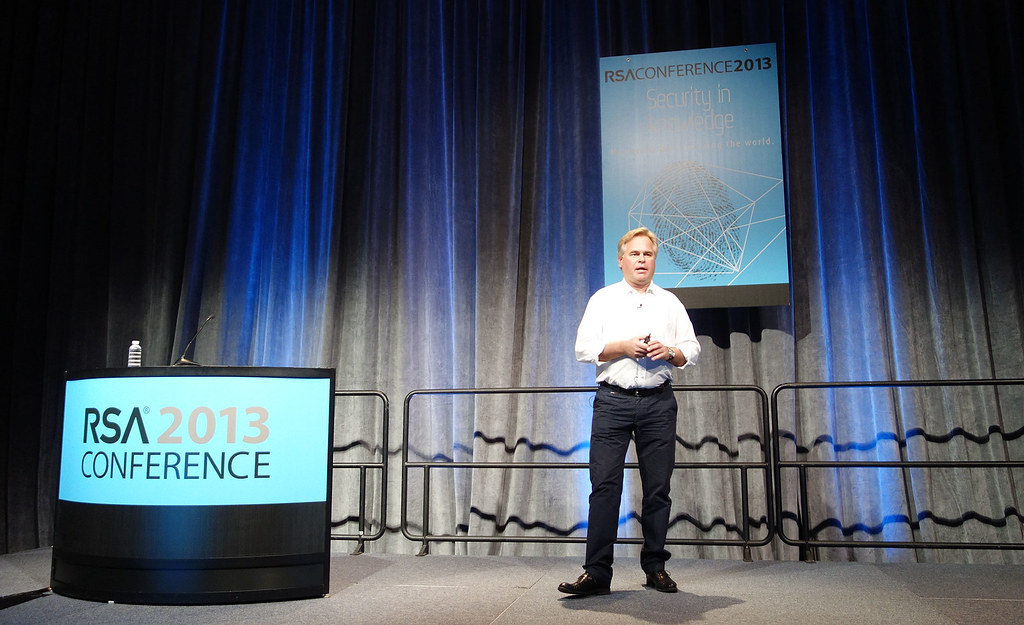 The name RSA refers to the public-key encryption technology developed by RSA Data Security, Inc., which was founded in 1982. The abbreviation stands for Rivest, Shamir, and Adleman, the inventors of the technique. The idea for the first RSA conference was conceived in 1991 in a phone call between then RSA Security CEO Jim Bidzos and the Executive Director of the Electronic Privacy Information Center. The first conference had just one panel, called “DES and DSS: Standards of Choice.” The event steadily grew and in 1993 it attracted more than 200 attendees.

The RSA Conference is an international conference series on IT security that takes place in the United States, Europe, Asia/Japan, and the United Arab Emirates. It also provides internet safety education for consumers and children, a security scholar program for IT security students, and operates award programs typically bestowed at conferences. For example, one award is the Innovation Sandbox contest, which involves ten startups that present their technology to a panel of judges.

The 2017 conference in the U.S. had 15 keynotes, 700 speakers, 500 sessions, and 550 exhibitors. An analysis of session keywords at the conference suggest that early conferences were focused on cryptography and commerce, but the topical focus of conferences transitioned to cloud and cybersecurity in the early 2000s. Each conference has a theme, a practice that began in 1995. Additionally, there are typically one or two IT security topics that the conference organizers pick to focus on each year.