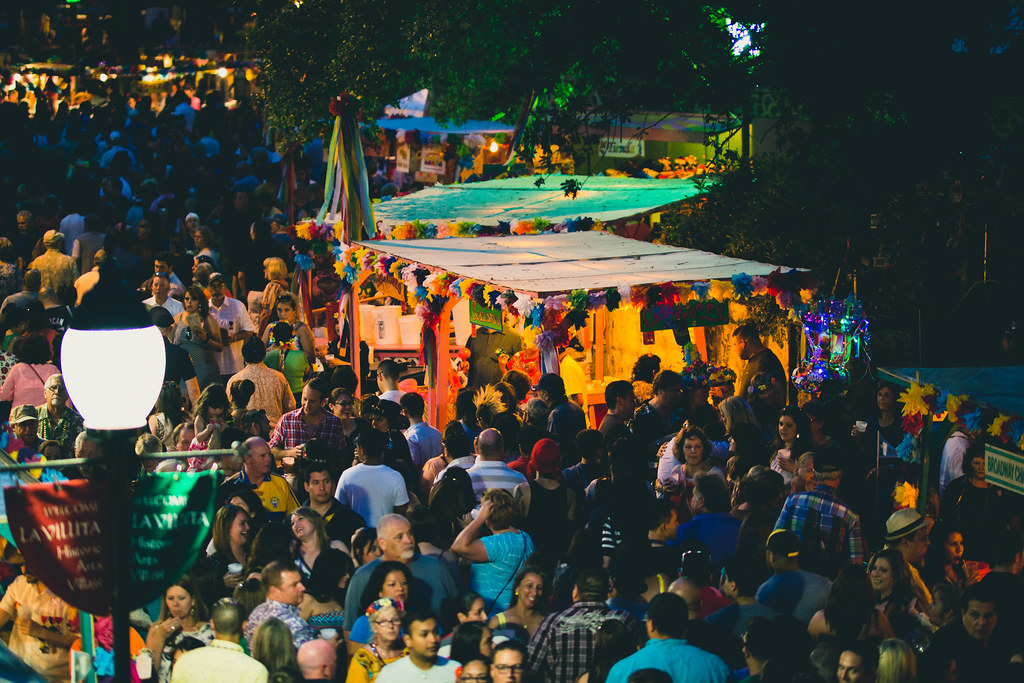 Fiesta San Antonio (or simply “Fiesta”) is an annual festival held in April in San Antonio, Texas, and is the city’s signature event (along with some events held in the following surrounding cities: Boerne, Schertz, Windcrest, Balcones Heights, and Alamo Heights) since 1891. The festival, also known as the Battle of Flowers, commemorates the Battle of the Alamo, which took place in San Antonio, and the Battle of San Jacinto, which led to Texas’ independence from Mexico in April 1836.

Fiesta® San Antonio started as a one-parade event to honor the memory of the heroes of the Alamo and the Battle of San Jacinto. Today, more than 100 local nonprofit groups, and members of the Fiesta San Antonio Commission, stage more than 100 events over 17 days with the help of some 75,000 volunteers. Fiesta events include three major parades—two along Broadway and past the Alamo, and a boat parade at the San Antonio River Walk (where the “floats” actually float). 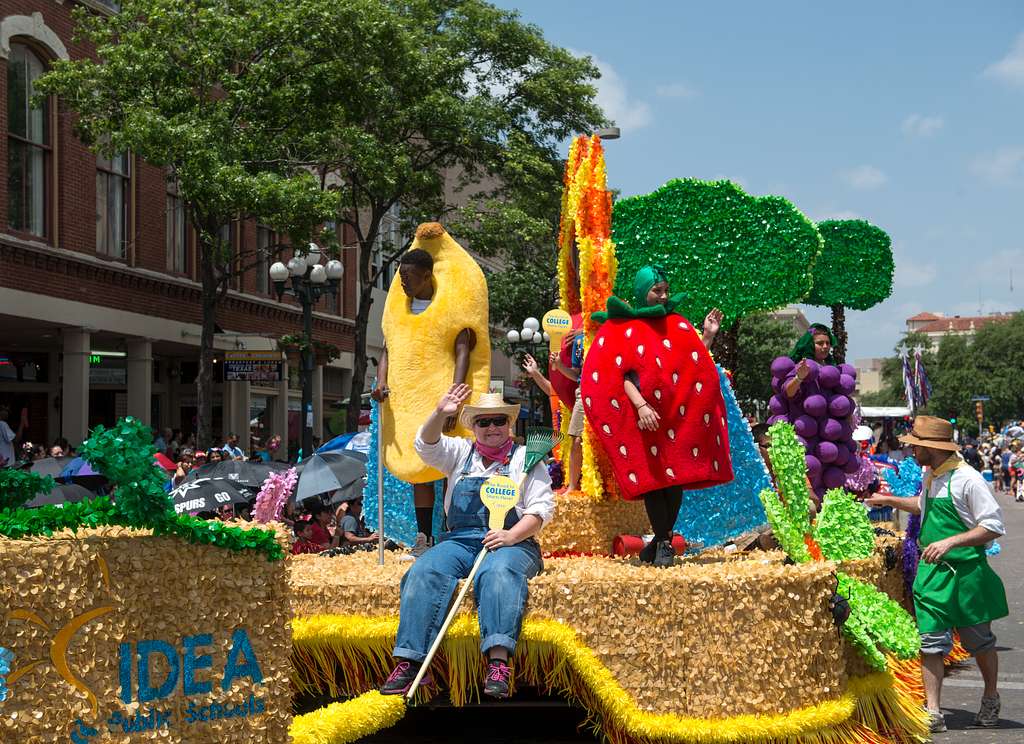 Fiesta in Blue is another annual event, featuring the USAF Band of the West. Two evenings of concerts are put on in downtown San Antonio featuring classical, jazz, and rock/popular music. Music offered includes Tejano, jazz, mariachi, rock, big band, classical, and pop. History events are held at the Pilgrimage to the Alamo or This Hallowed Ground. Sporting events include races, soccer, rugby, and lacrosse. Cornyation is a satirical musical review for adults only.

The Battle of Flowers Parade is the oldest Fiesta event and is organized entirely by women. The parade attracts crowds of more than 350,000 on the second Friday of Fiesta. It is the only parade in the U.S. produced entirely by women, all of whom are volunteers. The women, dressed in yellow on parade day and wearing yellow hats, direct operations with the assistance of the Army National Guard. Several school districts within San Antonio treat the day of the Battle of Flowers as a local holiday and consequently don’t hold classes.