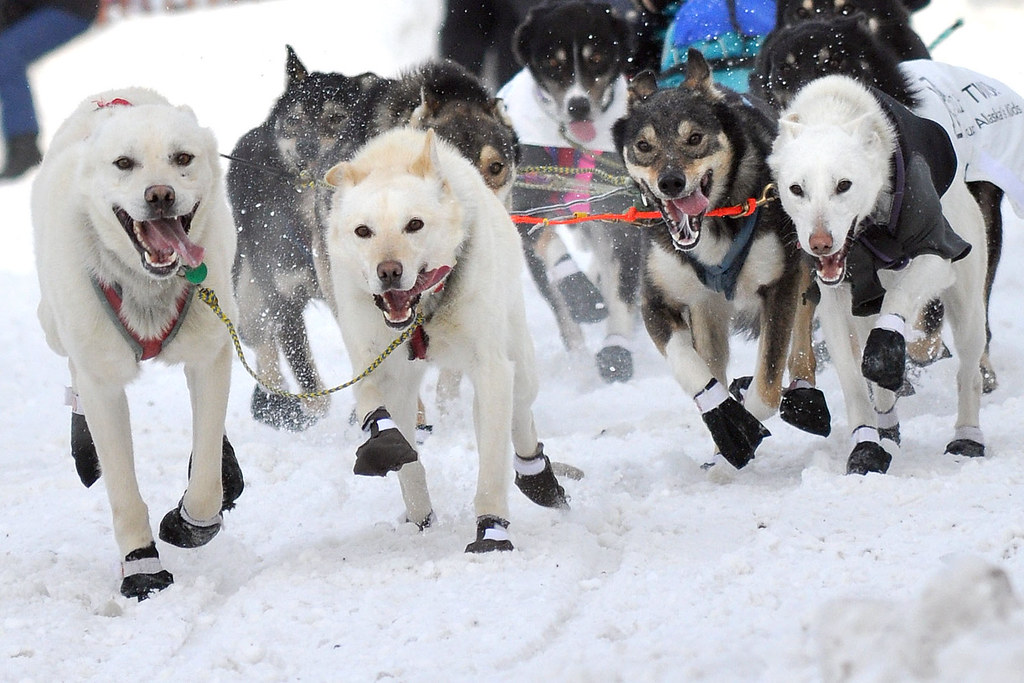 The Iditarod Trail Sled Dog Race, more commonly known as The Iditarod, is an annual long-distance sled dog race run in early March. It travels from Anchorage to Nome, entirely within the US state of Alaska. Mushers and a team of between 12 and 14 dogs, of which at least 5 must be on the towline at the finish line, cover the distance in 8–15 days or more. The Iditarod began in 1973 as an event to test the best sled dog mushers and teams but evolved into today’s highly competitive race.

Teams often race through blizzards causing whiteout conditions, sub-zero temperatures and gale-force winds which can cause the wind chill to reach −100 °F (−73 °C). A ceremonial start occurs in the city of Anchorage and is followed by the official restart in Willow, a city 80 miles (129 km) north of Anchorage. The restart was originally in Wasilla through to 2007, but due to too little snow, the restart has been at Willow since 2008. 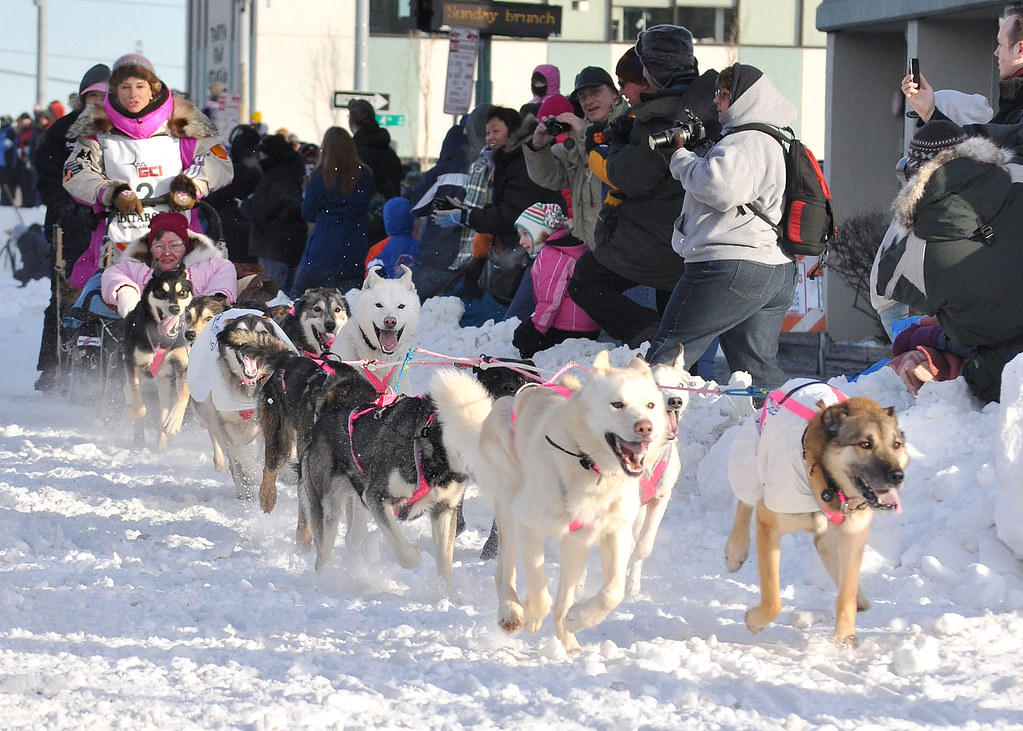 The race is an important and popular sporting event in Alaska, and the top mushers and their teams of dogs are local celebrities; this popularity is credited with the resurgence of recreational mushing in the state since the 1970s. While the yearly field of more than fifty mushers and about a thousand dogs is still largely Alaskan, competitors from fourteen countries have completed the event including Martin Buser from Switzerland, who became the first foreign winner in 1992. Fans follow the race online from all over the world, and many overseas volunteers also come to Alaska to help man checkpoints and carry out other volunteer chores.

The Iditarod received more attention outside of the state after the 1985 victory of Libby Riddles, a long-shot who became the first woman to win the race. The next year, Susan Butcher became the second woman to win the race and went on to win in three more years. Print and television journalists and crowds of spectators attend the ceremonial start at the intersection of Fourth Avenue and D Street in Anchorage and in smaller numbers at the checkpoints along the trail.

According to en.wikipedia.org; americaslibrary.gov. Source of photo: internet