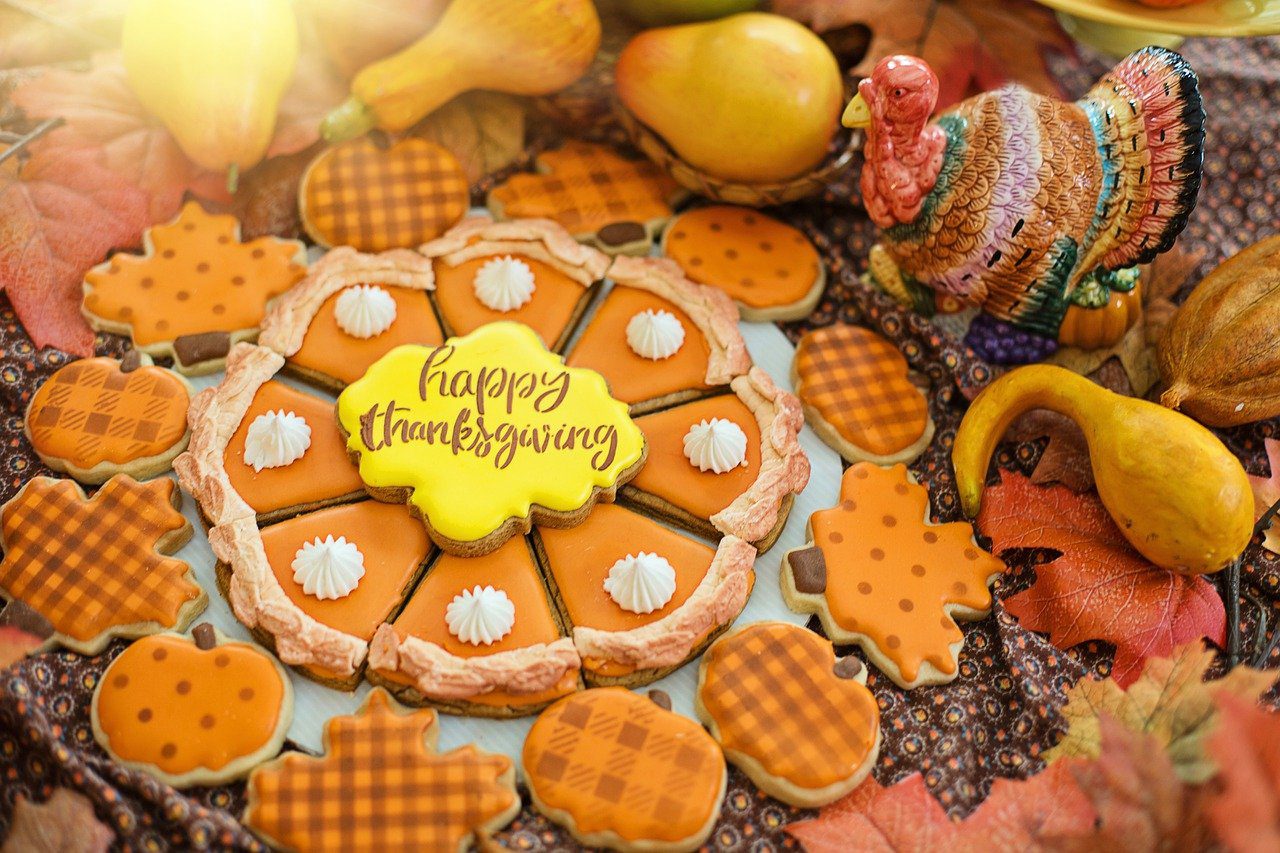 Thanksgiving is a federal holiday in the United States, celebrated on the fourth Thursday of November. It is sometimes called American Thanksgiving (outside the United States) to distinguish it from the Canadian holiday of the same name and related celebrations in other regions. It originated as a harvest festival, and the centerpiece of Thanksgiving celebrations remains Thanksgiving dinner. The dinner traditionally consists of foods and dishes indigenous to the Americas, namely turkey, potatoes (usually mashed), stuffing, squash, corn (maize), green beans, cranberries (typically in sauce form), and pumpkin pie. In American culture, Thanksgiving is regarded as the beginning of the fall–winter holiday season, which includes Christmas and the New Year.

The New England colonists were accustomed to regularly celebrating both days of prayer and fasting in response to disasters thought to reflect divine judgement, and also days of thanksgiving, thanking God for blessings such as a military victory or the end of a drought. The event that Americans commonly call the “First Thanksgiving” was celebrated by the Pilgrims after their first harvest in the New World in October 1621. This feast lasted three days, and—as recounted by attendee Edward Winslow—was attended by 90 Wampanoag and 53 Pilgrims. Thanksgiving has been celebrated nationally on and off since 1789, with a proclamation by President George Washington after a request by Congress. President Thomas Jefferson chose not to observe the holiday, and its celebration was intermittent until President Abraham Lincoln, in 1863, proclaimed a national day of “Thanksgiving and Praise to our beneficent Father who dwelleth in the Heavens”, calling on the American people to also, “with humble penitence for our national perverseness and disobedience .. fervently implore the interposition of the Almighty hand to heal the wounds of the nation…”. Lincoln declared it for the last Thursday in November. Turkey is central to the Thanksgiving festivities in America. The bird is included in the traditional feast. Moreover, every President of the United States of America follows a ritual every Thanksgiving. They pardon the Thanksgiving turkey on the morning of the celebration. Additionally, the annual Macy’s Thanksgiving Day Parade is held in New York City with other celebrations. It is the world’s largest Thanksgiving parade which consists of giant cartoon balloons that float above the sky accompanied by dancers and marching bands.

According to en.Wikipedia; nationaltoday.com; hindustantimes.com. Source of photos: internet