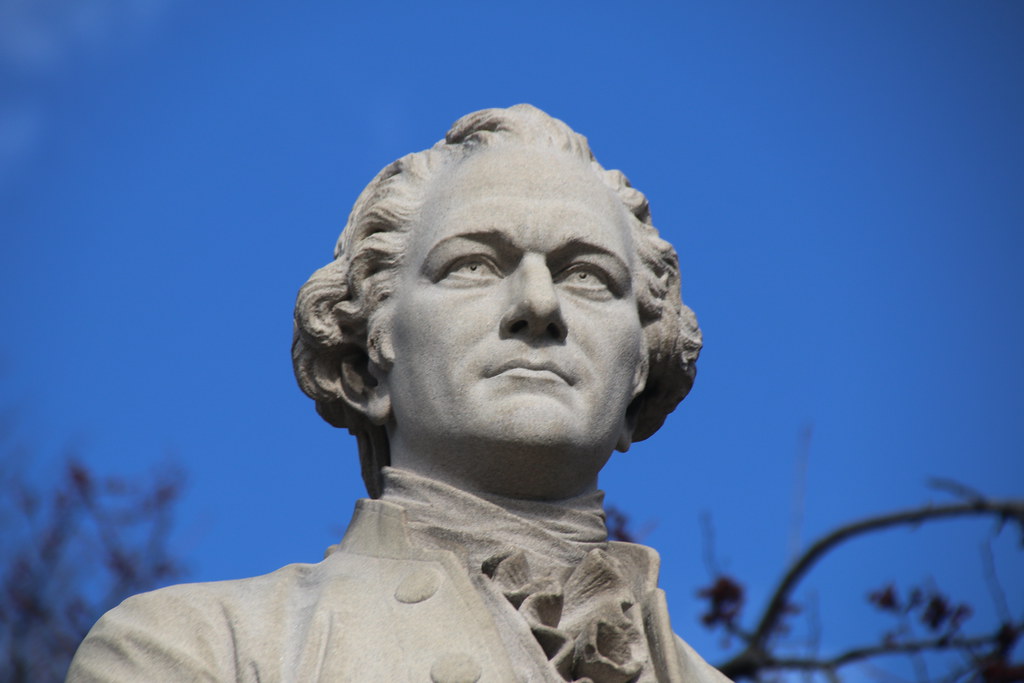 Alexander Hamilton (January 11, 1755 or 1757 – July 12, 1804) was born in the Caribbean; his mother and father never married, and his father abandoned the family when Alexander was still a child. Alexander’s mother died when he was just 11 years old, leaving him orphaned. He later settled down with a prosperous merchant Thomas Stevens. He worked as a clerk at a trading firm, where he learned a lot about the business world.

Hamilton was 15 when he sent a letter describing a cyclone that had hit the island. Local officials were so taken with the work that they decided to send him to New York for further schooling. Hamilton attended King’s College in New York, where he became interested in colonial politics. He frequently gathered with fellow patriots at King’s College’s Liberty Pole to discuss current concerns. Hamilton also produced his first political essays during this period, in which he supported the patriot’s cause. Hamilton’s capabilities were instantly recognized by high-ranking officers, and he was hired as an aide to General George Washington. Hamilton was part of a critical battle that secured victory at the Siege of Yorktown, thereby bringing the war to a close. He then left the service after the war and returned to New York. He studied on his own for six months before passing the test and becoming a lawyer. He became a delegate to the Constitutional Convention and took part in publishing a series of writings known as ‘The Federalist Papers’ to assist states to comprehend the necessity for the Constitution, and to have the Constitution passed. The Federalist Papers were critical to the ratification of the U.S. Constitution.

In the 1804 election for governor of New York, Hamilton backed Morgan Lewis, who was running against the despised Aaron Burr. After Morgan Lewis won the election, there were reports that Hamilton had made disparaging remarks about Aaron Burr. Hamilton refused to apologize when Aaron Burr demanded one.

Aaron Burr challenged Hamilton to a battle because each man thought his honor had been violated. On July 11, 1804, a duel was fought between the two men using pistols. Each man fired a shot. Hamilton’s bullet struck a tree branch just over Burr’s head. Burr’s shot struck Hamilton in the abdomen, resulting in Hamilton’s death the following day. Hamilton was survived by his wife Elizabeth Schuyler Hamilton and their eight children.